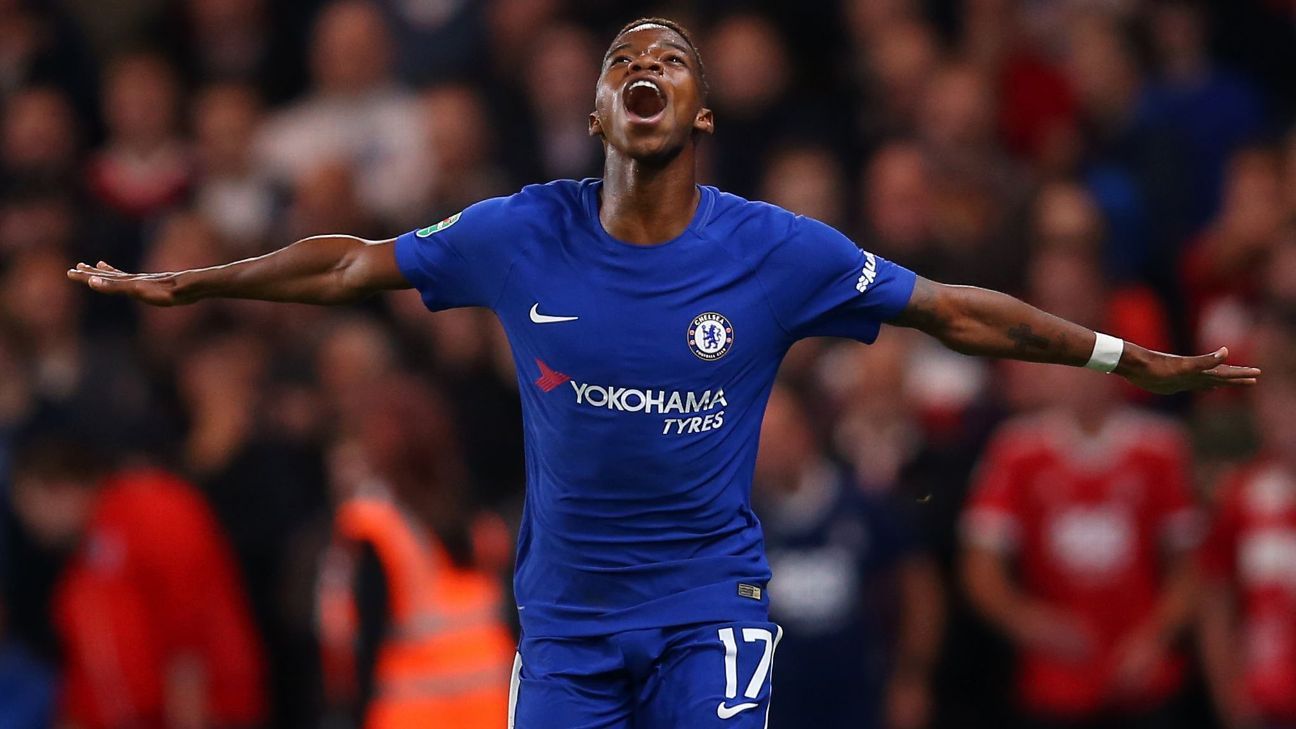 
LONDON — Chelsea have reminded academy player Charly Musonda that he has to earn a place in the first team after he expressed frustration at a lack of opportunities on social media, sources have confirmed to ESPN FC.

In an Instagram post on Monday, Musonda suggested his hard work and commitment were not being acknowledged — a message widely interpreted as being critical of the lack of minutes he has received under Antonio Conte this season.

The text alongside a blank image read: “You sacrifice, you work hard, harder, you give more than what’s expected, and often more than you can, because you love what you do and clearly more than you should. And what do you get back? Literally nothing… done.”

The message — along with a comment from his brother Lamisha which more directly criticised Chelsea’s approach to their academy youngsters — was deleted on Tuesday, but not before it was seen by a large number of people.

Sources have told ESPN FC that Musonda apologised and denied his message was intended as criticism of Chelsea or Conte in a meeting on Tuesday, but his decision to vent publicly has exasperated the club, who have made it clear to the 20-year-old that he cannot expect to be handed a place in the starting XI.

There have been reports that Musonda feels as though he was misled by Conte about the amount of first-team action he would see this season, but Chelsea are adamant this is not the case and insist their head coach does not even provide such assurances to experienced players.

Musonda was picked to start by Conte in last month’s 5-1 win over Nottingham Forest in the EFL Cup and marked an impressive performance with a first goal at Stamford Bridge, but he has not featured in the three subsequent matches against Stoke City, Atletico Madrid and Manchester City.

Willian and Pedro Rodriguez are regarded by Conte as more trusted options for the wide attacking positions in his 3-4-3 system, while the return of Eden Hazard to full fitness after a lengthy layoff due to a broken ankle is likely to further limit Musonda’s playing time.

Conte’s primary concern about Musonda is his slight frame, which the Italian believes is not ready to handle the physical demands of Premier League football.

“He’s trying to work a lot to improve his physical impact with this league,” Conte said of Musonda after the Forest win. “Don’t forget this league is very strong in the physical aspect. We are working a lot with Charly in this aspect to be ready to play in this league.

“For sure he’s a talented player and he has to continue in this way. When there is the opportunity, the chance, to help us [by playing], he must do this.”