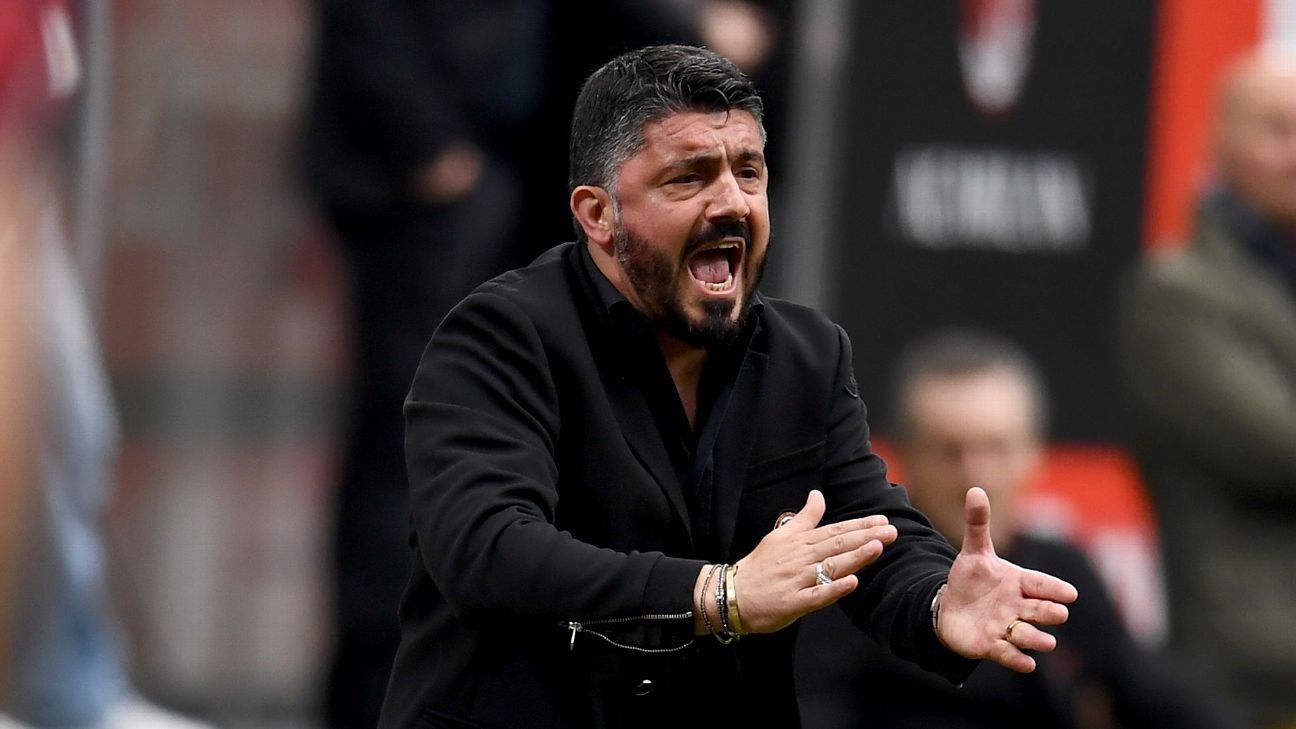 
AC Milan coach Gennaro Gattuso told Sky Sport Italia his side face an uphill challenge trying to qualify for the Champions League and praised goalkeeper Gianluigi Donnarumma for saving them a point against Napoli.

The goalless draw with Napoli on Sunday, salvaged at the death by a save from Donnarumma, leaves them eight points behind the top four with six games remaining.

While it is still mathematically possible for Milan to catch the teams ahead of them, Gattuso is focused on holding off their rivals behind them to secure a place in the Europa League.

“We’ve got to continue along our path, with young lads, and we lost points along the way, including since I took over,” Gattuso said. “In the past four games, aside from Sassuolo, we’ve played against Juventus, Inter and Napoli and we’ve fallen a bit short.

“Getting into the Champions League is very difficult now so we’ve got to think of the battle for the Europa League, which is a big battle, then there’s the final of the Coppa Italia to play and we’ve got to be in the best shape possible when that game comes around.”

Milan are sixth with an advantage of just two points over Fiorentina, who are two clear of Atalanta who, in turn, have a one-point advantage over Sampdoria.

Those four teams are set to fight for two places in the Europa League — with Milan guaranteed one if they win the Coppa Italia — and Gattuso could thank his goalkeeper for keeping them in that particular race.

Donnarumma’s save from Arkadiusz Milik in the 92nd minute ended his 100th appearance in Serie A.

“I don’t know if it is the save that will decide the Scudetto because there are still plenty of games to come, and I hope Napoli will be in the hunt to the end, but it was a great save in the final second and it was one of the best saves I’ve made in these few years of my career,” Donnarumma told Sky.

Gattuso said that Donnarumma “could become the best in the world” as “he has the potential.”