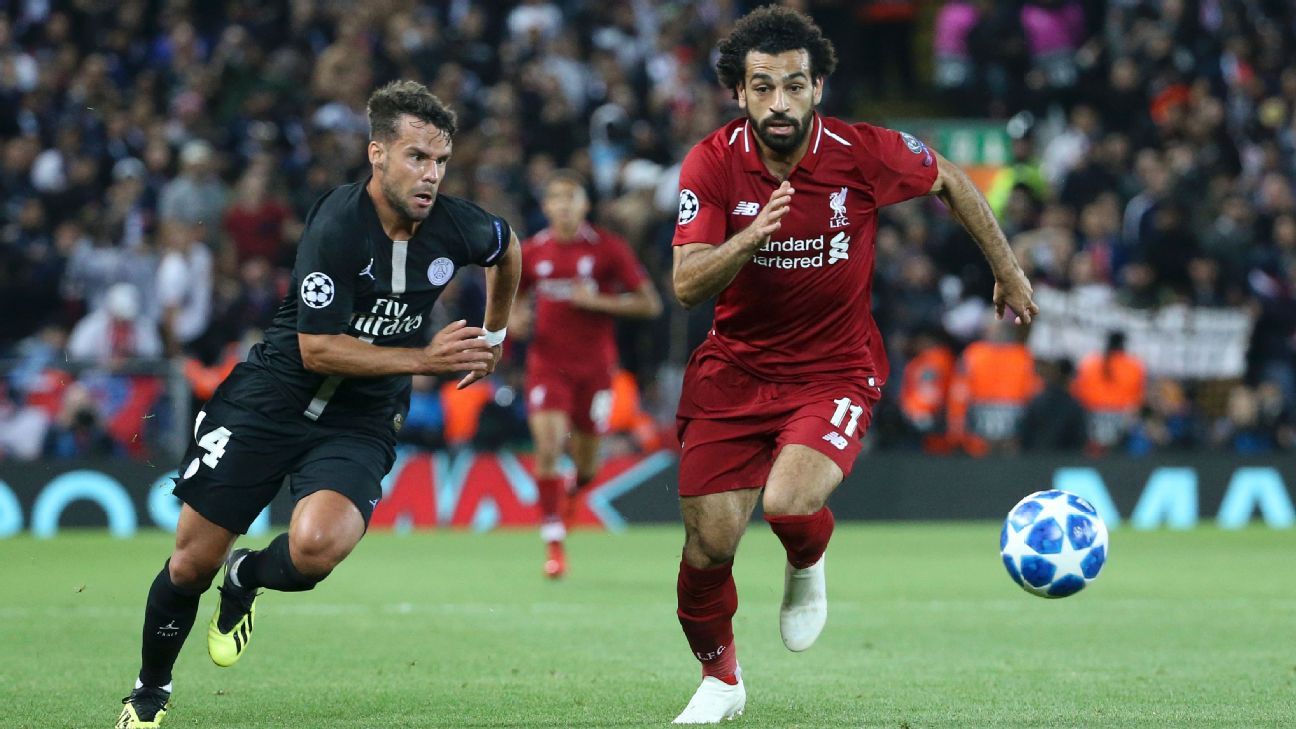 
Paris Saint-Germain coach Thomas Tuchel has admitted that the 3-2 defeat away at Liverpool to open Champions League Group C prompted him to make changes.

The German tactician saw his team come from 2-0 down to be level at 2-2 until a last-gasp Roberto Firmino winner, but the Ligue 1 giants have reacted strongly after the loss.

A 6-1 mauling of Red Star Belgrade followed in Europe and Tuchel stressed the importance of PSG being at their best in the next few weeks.

“We have changed many things in the way we play since losing to Liverpool,” said the former Borussia Dortmund and Mainz 05 boss. “Sometimes, it is good to lose — you learn.

“Nobody likes to lose but it was an experience. We needed to improve ourselves. We are now more structured in attack, there is greater intensity and we must keep going like this.

“We play Napoli twice, Marseille, Lille and Monaco over the next few weeks — we need to be at our best.”

Wednesday’s meeting between PSG and Napoli will pit Tuchel against legendary coach and former Parisiens boss Carlo Ancelotti — somebody who has inspired the 45-year-old German.

“Carlo was a great player for Milan,” Tuchel said. “As coach, he led an extraordinary Milan side — very attacking. Watching his teams has always been inspiring.”

Former Napoli man Edinson Cavani is currently struggling in front of goal and Tuchel admitted that the Uruguay international was disappointed with the outcome of recent Ligue 1 outings against Lyon and Amiens.

“After Lyon, Edinson was sad because I chose to substitute him [after Presnel Kimpembe was sent off],” he said. “He did not score against Amiens either, so was naturally disappointed. That is normal, though, he is a No. 9!

“Edi is very important for us, but he is thinking too much about his next goal right now. He does a good job in attack and defence, while he also plays with confidence — the goal will come.

“This is a special match for him, so I hope that he will score.”

Left-back Juan Bernat added that Cavani “is not sad” and that “he will score” because “we all know how great a player he is.”

Tuchel also sees the Napoli doubleheader as pivotal in Group C and underlined the importance of team performances as opposed to individual.

“This will be a very decisive match — both of these games will be,” he said. “The whole team wants to win.

“Napoli played very well against Liverpool, with great quality and collective hard work. There is plenty of ability and plenty of character. We must be attentive at all times and deliver a top performance as this Napoli side has been together for a few more years than we have.

“We are not favourites in this competition — not at all! It is a very complicated group game. Napoli are one of Europe’s top teams. A single player will not win against Napoli, it will require a team effort, or we will not succeed.”

Bernat added that Napoli are in “great form” and that they have some “great players.”

“I know Carlo very well,” said the Spaniard. “They are an organised team with good players, such as Jose Callejon, Marek Hamsik and Lorenzo Insigne.

“After the Liverpool game, I think that we turned a corner — it helped us a lot.”

Bernat also confirmed that he “was in contact with Napoli this summer. However, I chose PSG — there is nothing else to say.”