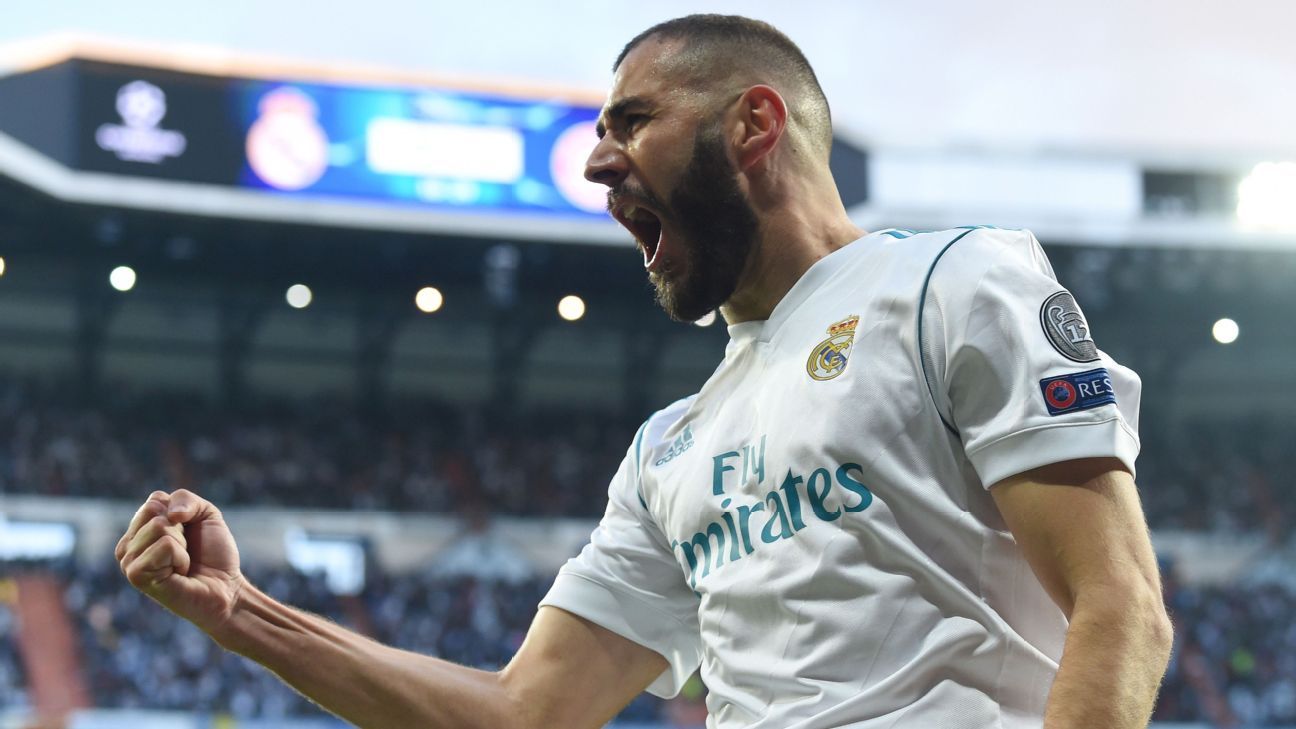 
Liverpool will face Real Madrid in the Champions League final, but who starred in the semifinal second legs? Here’s the best XI from the last four.

Do you agree? Have your say in the comments below.

Real Madrid rode their luck against Bayern Munich and could be grateful that Navas, sometimes a maligned figure, produced so spectacularly between the posts. Navas made a string of superb saves — eight in total — which is more than any Real Madrid goalkeeper has produced in a Champions League knockout game this decade. His handling was outstanding and when he plays like this, nobody can doubt his place in the top bracket.

There is a sense Kimmich is wasted at right-back and he showed his goalscoring instincts for the second time in the semifinals when he put Bayern ahead early on at the Bernabeu. His strength in defensive duels could sometimes be better but on the front foot he is a top-class performer and would have been a worthy competitor in this year’s final. After the first leg Kimmich had been disappointed with Bayern’s naivety but there could be no such complaints this week.

It needed a heroic showing from Ramos — as well as his central defensive partner Raphael Varane — to see Real through to the final. His celebrations with the Bernabeu support afterwards were well-earned; in a match that saw Real stretched time and again his leadership was crucial and he came up with a number of well-timed interceptions and blocks, particularly in the second half.

Van Dijk has rapidly become an inspirational figure for Liverpool and was vital again amid waves of Roma pressure on Wednesday night. The centre-back’s towering presence in the opposition box contributed to Giorginio Wijnaldum’s goal but his best work came further back, where his mixture of physique and composure — and his knowledge of when to apply both — stood out.

Robertson was up against a tireless performer in Roma’s Alessandro Florenzi but dealt with his threat well, also getting forward well to assist with Sadio Mane’s lightning sorties. The former Hull man has been one of the success stories of this Champions League season and looks more than comfortable at this stage. Now his biggest test lies ahead in Kiev.

He came up with the goal that, ultimately, gave Liverpool the cushion they needed but Wijnaldum’s performance against Roma was about much more than that. Alongside Jordan Henderson and James Milner he harried Roma’s midfield and disrupted when necessary, but also showed the kind of cool head needed to pick passes and afford his team moments of respite in a hurly-burly encounter.