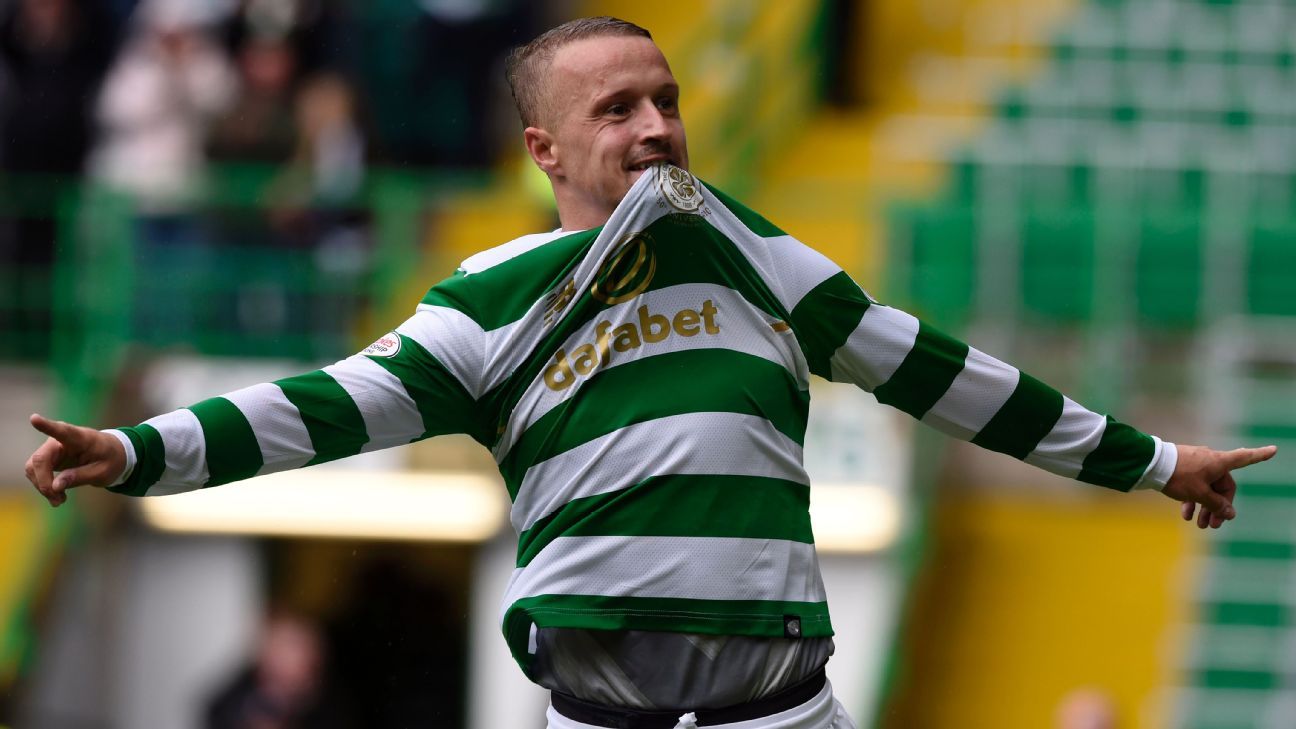 
Returning striker Leigh Griffiths scored a double as Celtic took the first step towards a seventh successive Premiership title with a 4-1 hammering of Hearts at Parkhead.

The 26-year-old, back in the starting line-up after recovering from a calf injury, opened the scoring in the 29th minute before his corner early in the second half led to Scott Sinclair tapping in a second.

Griffiths headed in his second from a cross by midfielder Callum McGregor, who made it 4-0 with a thunderous strike in the 73rd minute to confirm the Hoops’ impressive domination of the league opener.

Hearts substitute Isma Goncalves scored a consolation in the 84th minute but it was all too much for Hearts who had Jon Daly in interim charge after head coach Ian Cathro was sacked on Tuesday following the club’s Betfred Cup exit.

How the Jambos’ season will pan out – they will not play any league matches at Tynecastle until November due to delays in the main stand construction – remains to be seen. But Brendan Rodgers’ side looked as powerful on the domestic front as they did last season when they went unbeaten to clinch the treble.

Indeed, the champions went into the match without three key players, Erik Sviatchenko, Dedryck Boyata and Moussa Dembele, and Rodgers made three changes to the side which beat Rosenborg 1-0 in Norway on Wednesday night to set up a Champions League play-off tie against Astana.

Midfielder Nir Bitton replaced Sviatchenko in defence, with Olivier Ntcham and Griffiths in for Stuart Armstrong and Jonny Hayes.

Lewis Moore, the 19-year-old midfielder, started only his second game for Hearts with Aaron Hughes and Rafal Grzelak coming in while former Rangers striker Kyle Lafferty led the line.

After captain Scott Brown unfurled the championship flag before the lunchtime kick-off to great cheers, Celtic set about their business, slowly at first.

In the 23rd minute, after Griffiths had walked through two tackles before seeing his powerful drive parried by keeper Jack Hamilton, Hearts skipper Christophe Berra nicked the ball away from McGregor as he set himself to knock the ball into the net.

The Hoops were gradually building momentum.

Griffiths drove wide from 16 yards after being set up by Sinclair but when Bitton sent him racing clear on goal with a long ball he had more success.

After Hamilton had blocked his first attempt, the Scotland striker shrugged off the attention of the keeper and backtracking defender Grzelak to roll the ball into the net.

Griffiths, James Forrest and McGregor had further efforts as the home side ended the first half in total control.

Hearts enjoyed a flurry of activity at the start of the second period but soon found themselves two behind.

Hughes failed to clear a Griffiths corner from the left, leaving Sinclair the easiest task of sliding the ball in from close range at the back post.

The visitors had to think about the scoreline which was getting away from them.

Hamilton saved from McGregor’s drive but was unable to do anything when the Hoops midfielder reached the byline to cross for Griffiths to head in from a couple of yards out.

As a precaution Rodgers withdrew Griffiths for Hayes. And Lafferty, booked in the first half, was replaced by Conor Sammon in the 70th minute as he sailed close to the wind of a second yellow.

McGregor got the goal his play deserved when he blazed a Sinclair pass high past hapless Hamilton from 20 yards.

Hearts pulled a goal back from Goncalves who had replaced Grzelak.

Celtic goalkeeper Craig Gordon was too easily beaten at his near post by the angled drive but he made up for it in part with a fine save from Arnaud Djoum before the final whistle.