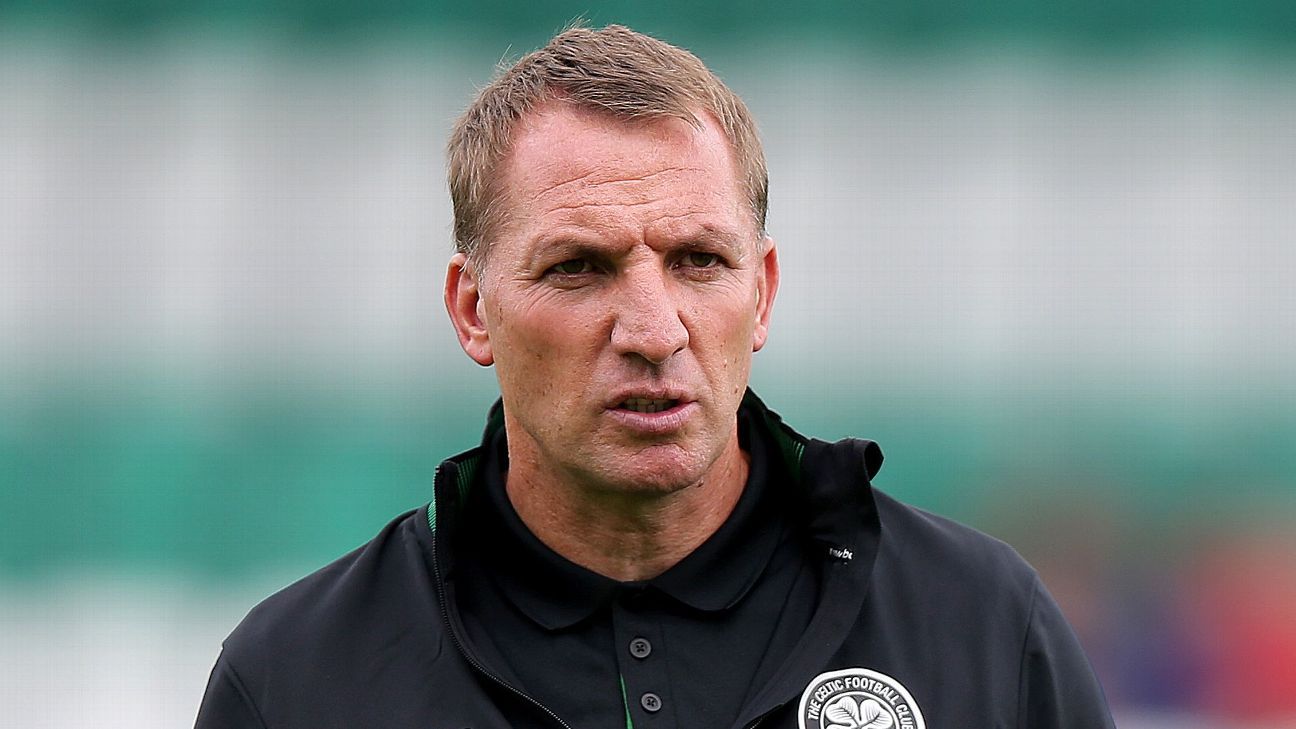 
Celtic manager Brendan Rodgers has said he will review travel arrangements after his team appeared to be verbally abused at Glasgow airport ahead of the Champions League third-round qualifier against Rosenborg.

Striker Leigh Griffiths, available after a calf injury kept him out of the goalless draw at Parkhead last week, appeared to react to a comment made from a holidaymaker in the check-in queue next to where the Celtic squad picked up their boarding passes for the trip to Norway.

The person appeared to shout an obscenity and Griffiths was heard to say: “You’re team’s deid [dead], mate, beat it.”

There were also suggestions the Scotland forward was then accosted as he made his way to the security gates on the next level.

Speaking at Celtic’s hotel in Trondheim, Rodgers said: “I don’t want to comment on it. I haven’t seen it or heard about it, that’s the first thing.

“The second thing, the club knows my feeling on our travel and the organisation with that. That is something internal for us and obviously with the help of Glasgow airport that we can get something a bit more suitable.

“Incident or no incident, it is something we can look at that allows us to travel safely, which is the most important thing.

“Any team in any airport in the world. If you are going from the first entrance to the airport, right the way through where you have to pass every element in the airport, every restaurant, every bar in a busy period, there is always a risk of that. Not just Glasgow airport but any airport, if that is the route you would take.

“But we hope that with the help of the airport that we could maybe organise something. If there was an incident then it is not something we would want and not something that a team should have to go through.

“You want to go, get checked in, get to your plane and get to the country you are travelling to safely and without anything else.

“There is nothing more to add to it.”

Meanwhile, 12 men have been arrested over banners that were displayed at the Champions League qualifier between Celtic and Linfield last month.

Celtic agreed to close the Green Brigade section of their stadium for two games after UEFA charged the club over an “illicit banner” and “blocked stairways” during their 4-0 win over the Belfast team on July 19.

Police Scotland said 12 men, aged between 18 and 49, have now been arrested after a “proactive police investigation into banners and material displayed.”

They have all been released on an undertaking to appear at Glasgow Sheriff Court later this month.

UEFA fined Celtic about £20,000 and said the “illicit banner” charge related to a display “portraying a person in a paramilitary uniform.”

Celtic’s partial stadium closure, which affected 900 season-ticket holders in the safe-standing section of the ground, will be lifted after the match with Hearts on Saturday.

The club said “a number of fans within this area remain suspended” while investigations continue.