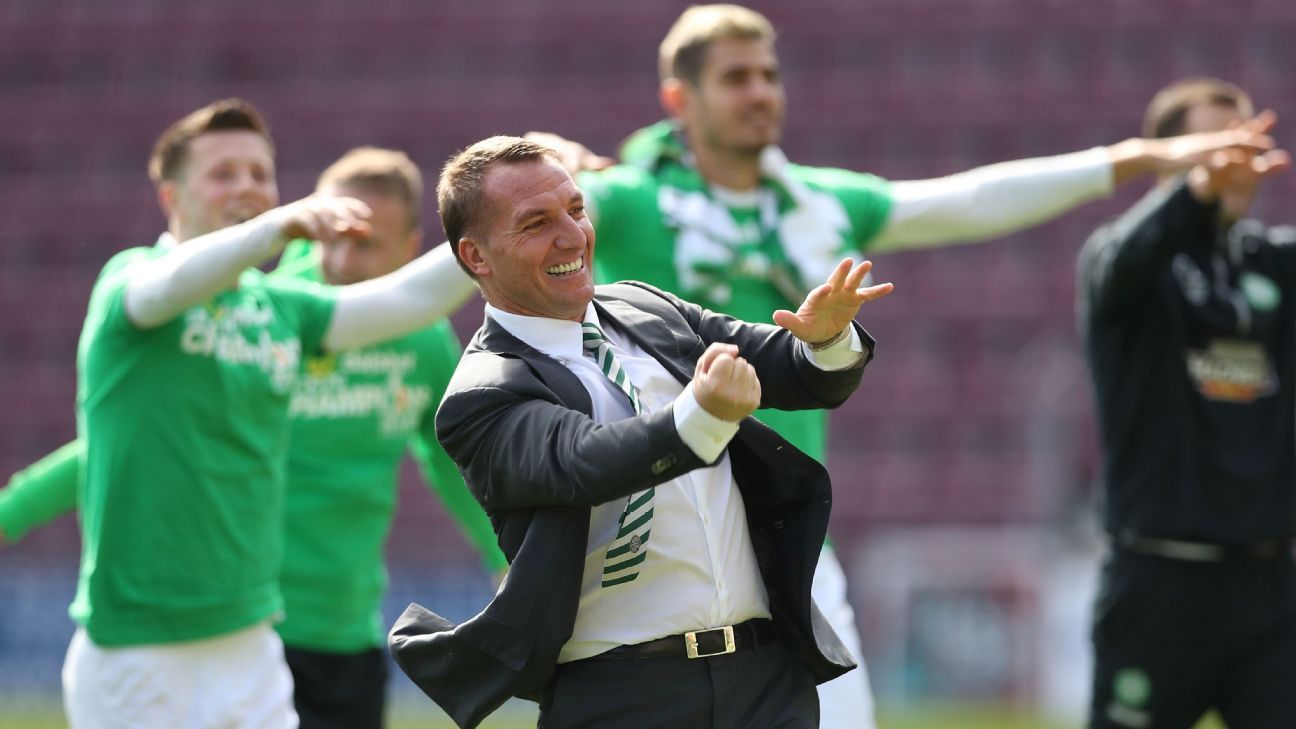 
Scottish champions Celtic will play Northern Ireland’s Linfield or La Fiorita of San Marino when they enter the Champions League.

Brendan Rodgers’ side, who reached the group stage last season, will begin their competitive season when the second qualifying round tie takes place over two legs on July 11 or 12 and 18 or 19.

Their opponents will become clear in the first week of July after Linfield and La Florita have played each other in the first qualifying round.

With Celtic drawn away for the first leg, the possibility of them playing in Belfast on July 12, a key date in the marching calendar, is potentially problematic for security services given past sectarian tensions.

UEFA should decide this month if the clubs breach integrity rules designed to prevent two clubs that share an owner from playing in the same competition. Salzburg has priority because they are national champions, while Leipzig were runners-up to Bundesliga champions Bayern Munich.

Elsewhere, Dundalk were handed a tie against Rosenborg of Norway.

The official result of the #UCL 2017/18 second qualifying round draw… pic.twitter.com/MotHLoQa7K

Like Linfield, Welsh side The New Saints must also enter at the first qualifying round stage. They will play Europa of Gibraltar and will then face HNK Rijeka of Croatia if they get through.

Trepca will make Kosovo’s Champions League debut in the first qualifying round, from June 27 to July 5, against Vikingur.