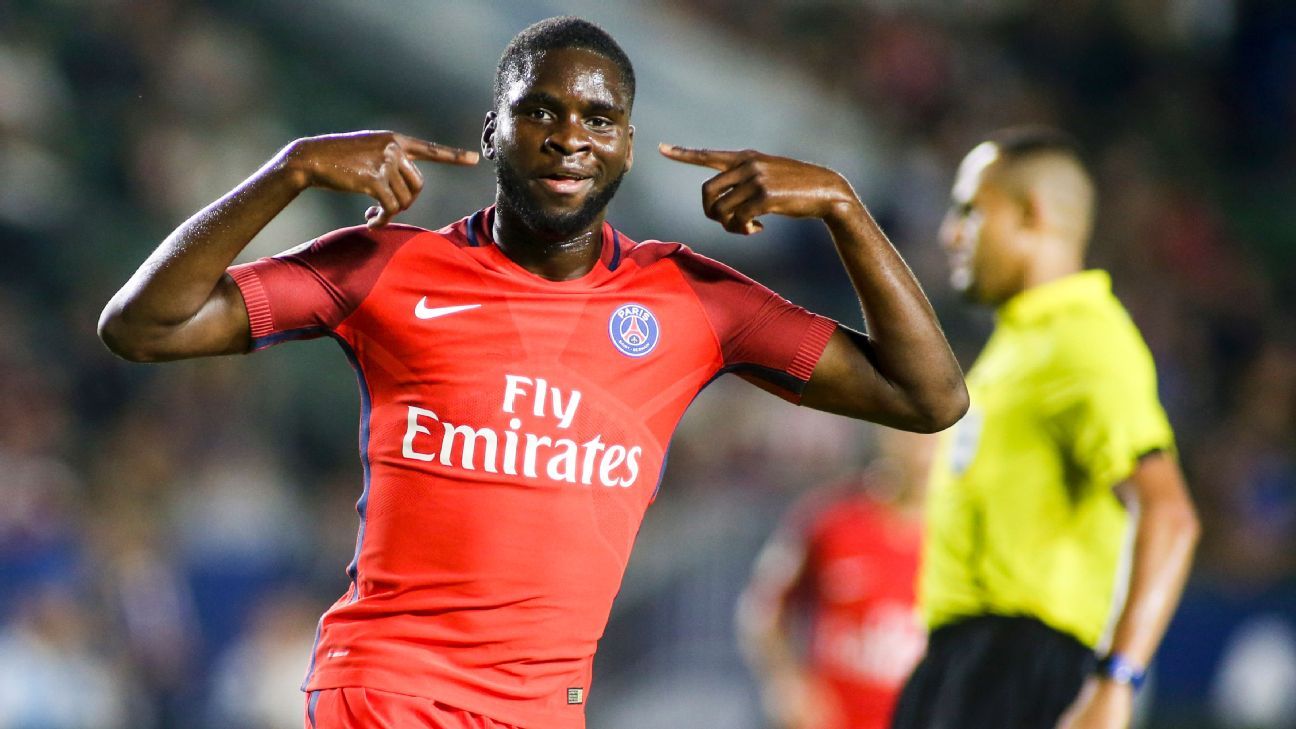 
New Celtic striker Odsonne Edouard insists he will not hesitate if he has to go against Paris Saint-Germain in the Champions League.

The 19-year-old clinched a deadline-day move that will see him spend the next year on loan with the Hoops from the French giants.

But he could come face-to-face with his parent club’s star-studded line-up in just two weeks time when the Parkhead side kick-off their group-stage campaign.

That may yet force the talented teen to go head-to-head with his main employers but Edouard stressed he will not think twice if he has to put Neymar, Kylian Mbappe and co to the sword when they visit Celtic Park on Sept. 12.

Griffiths has started the season in his usual deadly form, blasting five goals in his first nine games of the campaign so far.

Dembele is due to step up his return from injury in the coming days but Edouard does not want to spend the next 12 months watching Celtic’s ace marksmen from the bench.

He said: “First and foremost a football player is a competitor, so my objective is to play every match.

“But as a competitor I obviously want to play and that will be my driving force.

“As soon as I discovered Brendan Rodgers was interested in me as a player and heard what he had to say, I had no hesitation in signing here.

“He was very influential. He said he really liked my profile as a player. I know that he likes working with young players to develop them. That was key in me coming to Celtic.

“I know there is a lot of young players in this team and that is proof of what he does and that he does it well.”

The French Guiana-born hitman spent last season on loan at Toulouse and Rodgers will hope he can quickly find his feet at first-team level.