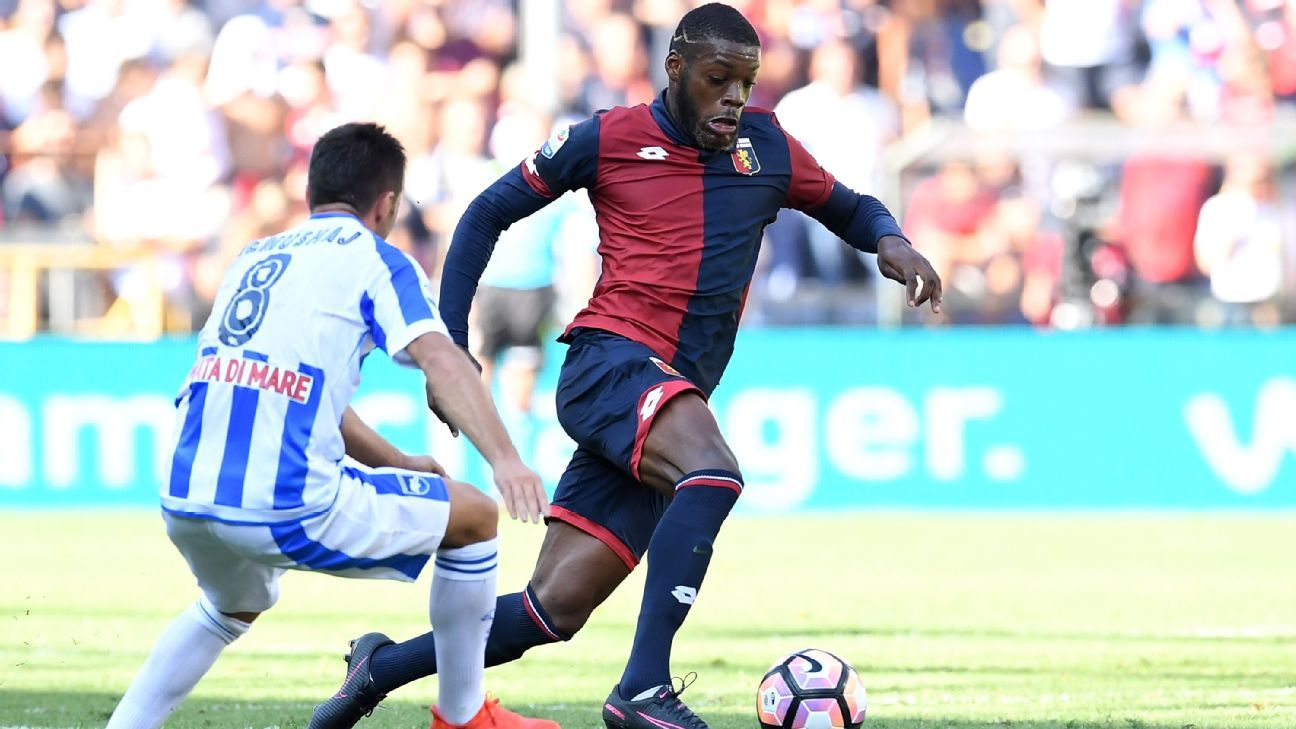 
Celtic have signed France under-21 midfielder Olivier Ntcham from Manchester City for a fee of about £4.5 million.

The 21-year-old, who has spent the last two seasons on loan at Italian side Genoa, has signed a four-year deal with the Scottish club.

He will join up with fellow France U21 teammate Moussa Dembele at Celtic after a season that saw them remain unbeaten domestically as they won the treble.

“It’s a nice feeling to be here at Celtic and I want to win everything at Celtic as I have never won a trophy before,” he told the club’s official website.

“I’m most looking forward to the derby and playing in the Champions League. I remember them beating Barcelona five years ago in the group stages. Not every club gets to play in this competition so I’m happy to have the chance to play there with Celtic.

Good luck with the next stage of your career, Olivier! 👍⚽ #mcfc https://t.co/r0d4zylPSt

“Celtic is a fresh challenge for me. While Genoa are a good team, I knew they wouldn’t win Serie A as they were not a top team like Juventus, but I know Celtic are a big team in Scotland.”

Ntcham joined City from Le Havre’s academy in 2012 but did not make a senior appearance for the club.