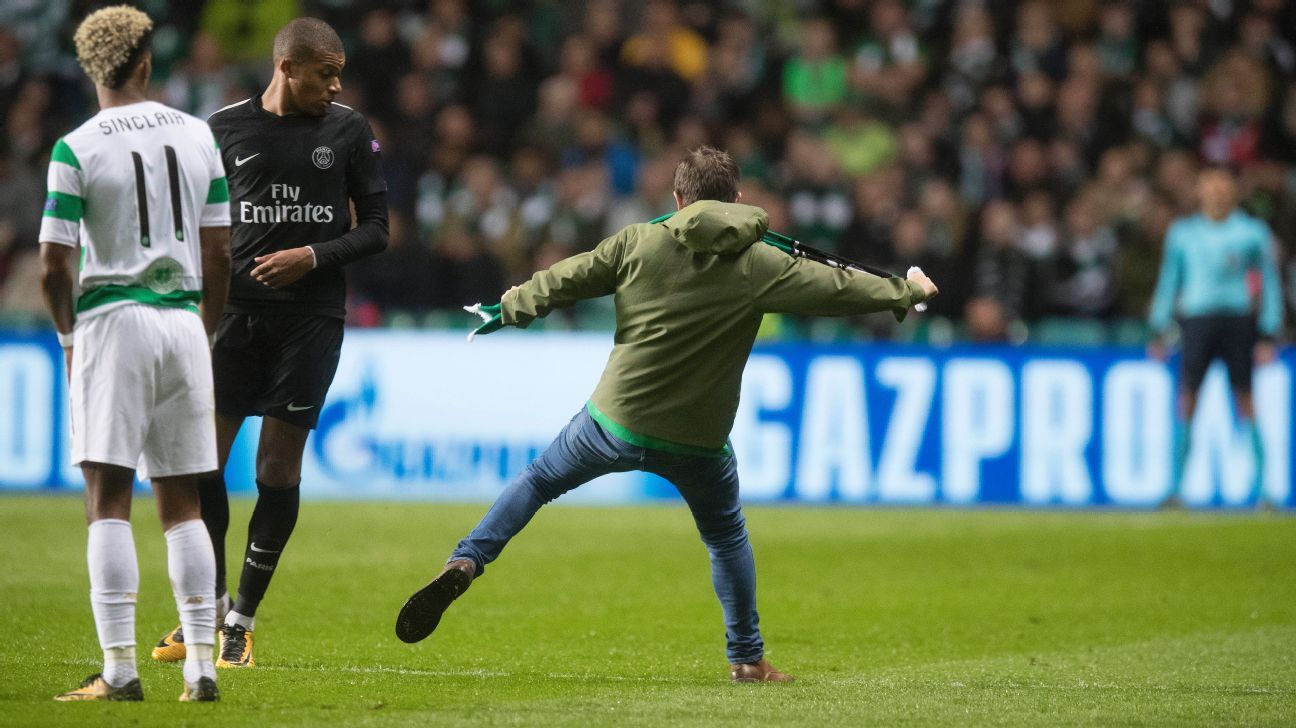 
Celtic have been fined €10,000 (£8,900) after a fan invaded the pitch during their 5-0 Champions League home defeat to Paris Saint-Germain last month.

UEFA’s disciplinary body handed out the punishment after the fan ran on and tried to kick PSG’s Kylian Mbappe.

John Hatton, 21, was taken away by stewards after failing to make contact with the teenage forward.

He was sentenced to community service after admitting assault and behaviour likely to incite public disorder.

PSG have also been punished following the hearing, which took place last Thursday, being fined €5,000 after some of their supporters broke seats at Celtic Park.

The fine is the 12th Celtic have received from UEFA for supporter behaviour inside six years.

Their previous punishment, in July, was a £20,000 fine for crowd offences in a home qualifier against Linfield, including the display of a banner featuring a paramilitary-style figure.