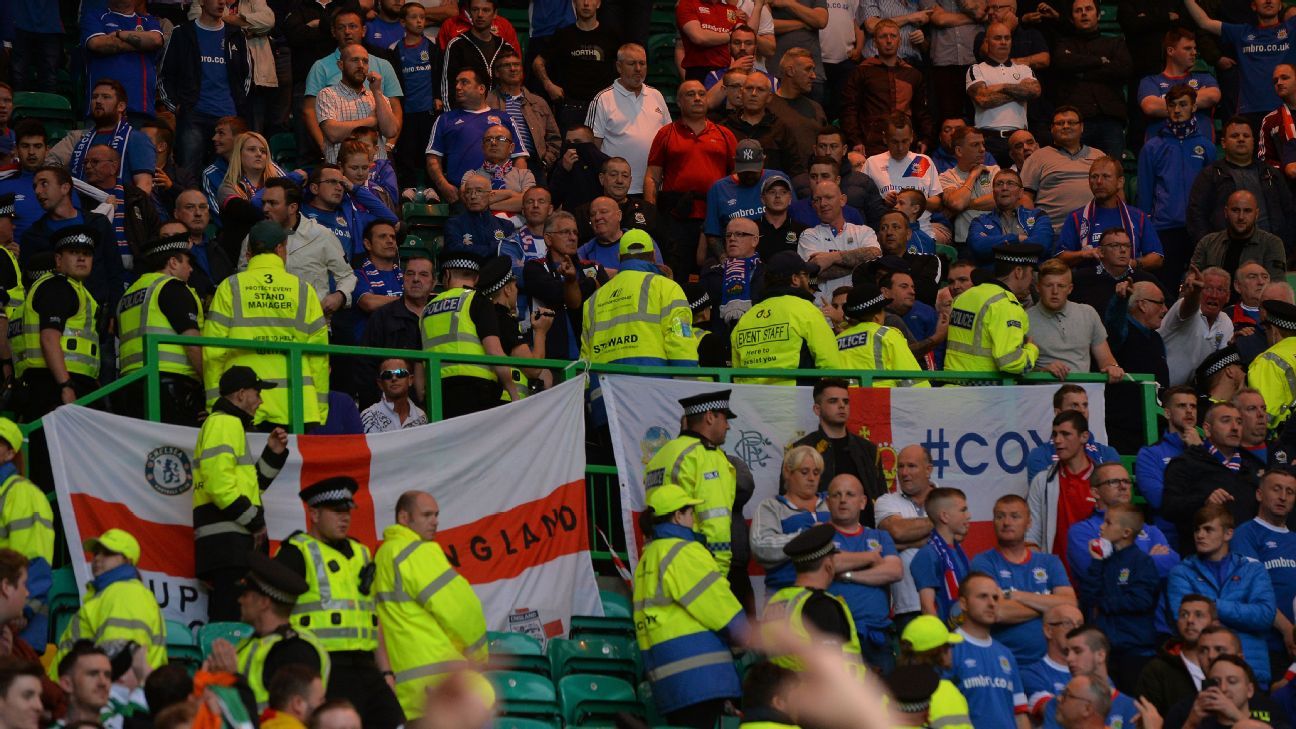 
Celtic have been fined just over £20,000 by UEFA for crowd offences in their home Champions League qualifier against Linfield.

UEFA said the first charge related to a banner portraying a person in a paramilitary uniform.

Celtic had already taken action themselves following their 4-0 win on July 19, condemning the banner display and closing a 900-capacity area of the safe-standing section of their stadium for the goalless third qualifying round first leg against Rosenborg on Wednesday.

The Parkhead club explained they were closing the ”Green Brigade section” for two matches after ”serious incidents of unsafe behaviour” at their previous two home games.

The ultras-style group had previously fallen foul of the club with a pyrotechnic display during the last home game of last season against Hearts.

Manager Brendan Rodgers described the “political element” of the banners as unacceptable and admitted he was “saddened” by the display, which also featured his name and image alongside words and imagery associated with the Northern Irish Troubles.

The European governing body also announced that proceedings over a separate kit infringement offence had been closed. That charge was a minor issue relating to the display of their sponsor’s logo on substitutes’ bibs, which is prohibited in UEFA’s regulations.

The disciplinary hearing came a week after striker Leigh Griffiths was banned for the Rosenborg first leg for “provoking supporters” after the opening match against Linfield on July 14.

The Scotland forward, who would have missed this week’s game anyway with a calf strain, tied a Celtic scarf to a Windsor Park goalpost after his side’s 2-0 win.