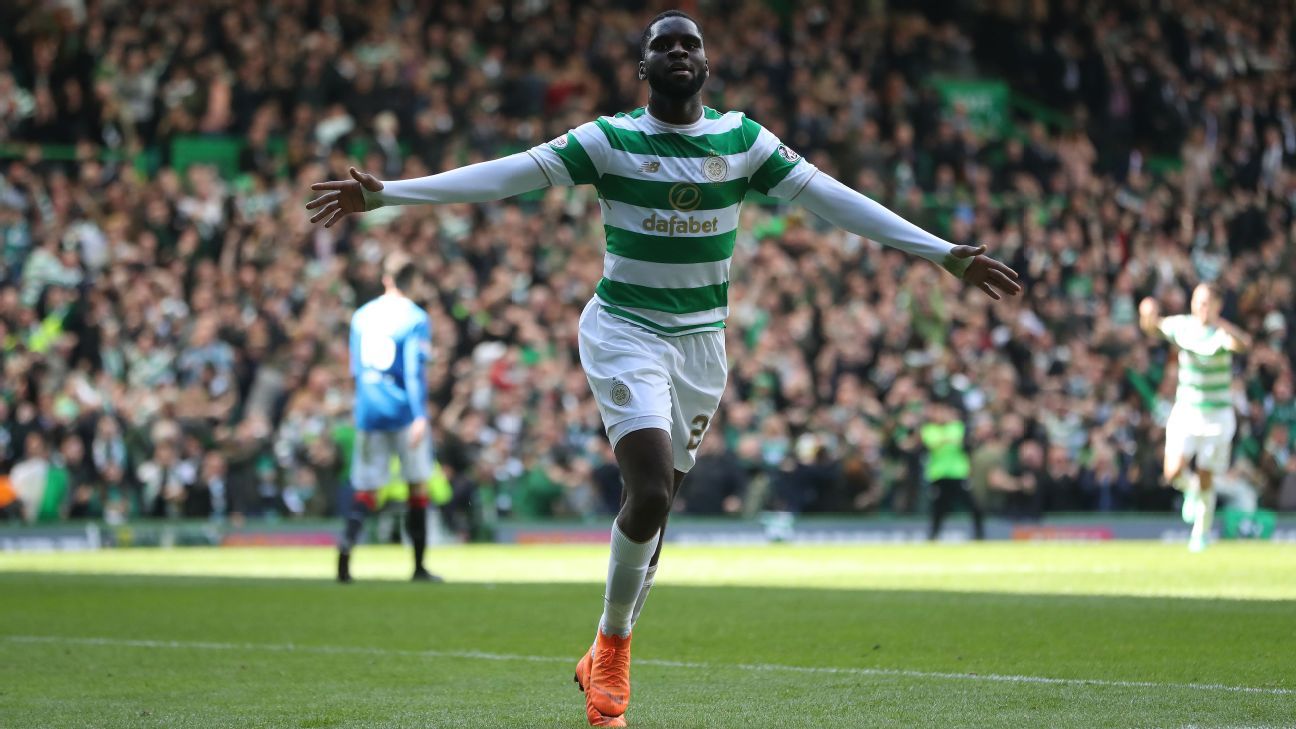 
Celtic have completed the permanent signing of Odsonne Edouard from Paris Saint-Germain in what the Scottish club said is the biggest transfer in their history.

The decision to trigger Edouard’s purchase option, the value of which was not disclosed but has been reported to be £10 million, means the move for France youth international surpassed Chris Sutton’s transfer from Chelsea in 2000.

“From the moment I walked into Celtic, the club has felt like home to me,” Edouard, who signed a four-year contract, said in a statement announcing the move. “I have been made to feel so welcome by everyone at the club and our fans have given me such brilliant support.

“Celtic is one of the world’s great football clubs and I was desperate to make my move permanent. The scenes from May, when we achieved such a historic double treble, and made the city come alive are still very fresh in our memories.”

Edouard played 29 matches and scored 11 goals across all competitions on loan with Celtic last season, winning the Premiership title, the Scottish FA Cup and the League Cup.

Celtic Football Club is delighted to announce the permanent signing of @Oedouard22 from @PSG_English on a 4 year contract. Welcome home #Frencheddy.

“We are delighted to make such an important signing,” Celtic coach Brendan Rodgers said in the statement. “Odsonne is one of the best young players I have worked with and one of the best in Europe.

“Our fans saw exactly what he is capable of last season and we look forward to working with him again as we look to build on the tremendous success we achieved last year.

Edouard, a PSG youth academy graduate, won the France under-19 championship with the club in 2015-16.

In their own statement, PSG congratulated Edouard “on his excellent season in Scotland” before wishing him “a long and successful career.”

Edouard’s sale helps PSG in their quest to raise a reported €40 million to €60 million before the end of the month to avoid short-term financial fair play (FFP) sanctions related to UEFA’s investigation of their 2015-17 accounts.