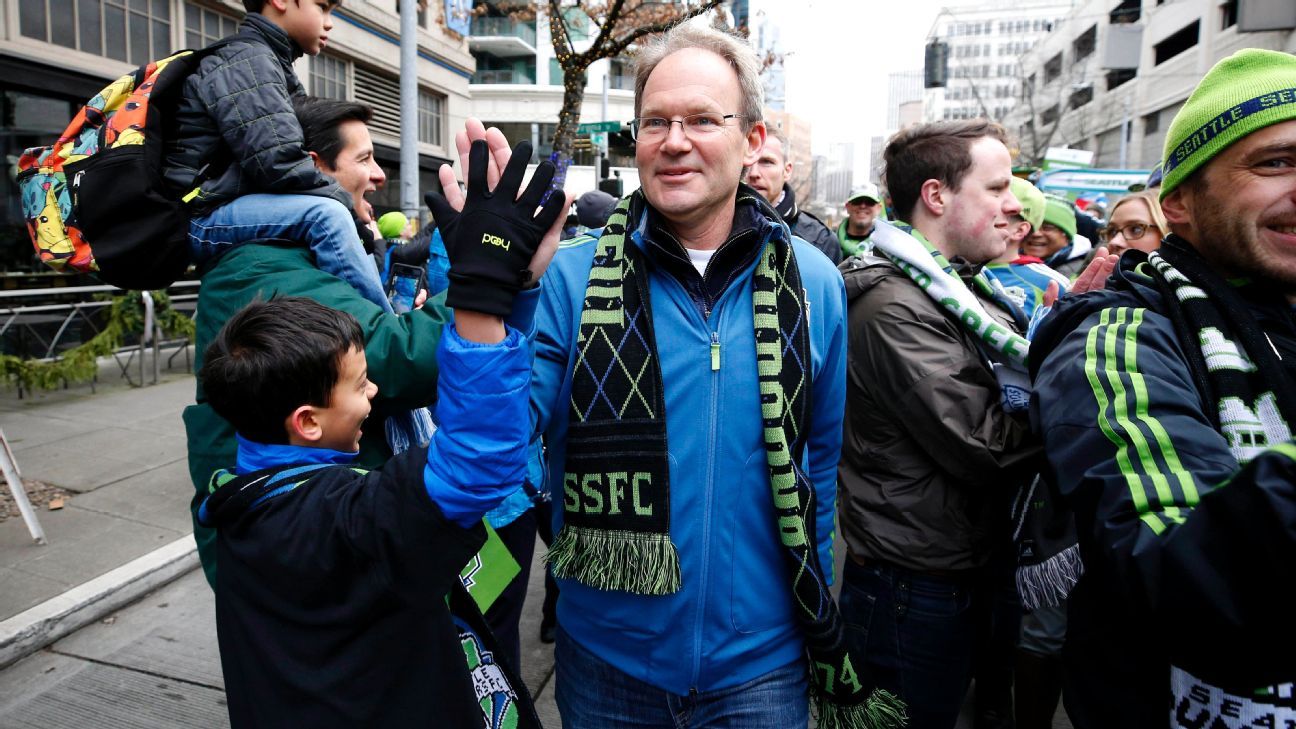 
SEATTLE — The question is posed often enough to those around the sport in this part of the world: What is it about soccer in Cascadia?

Portland, Seattle and Vancouver finished first, second and third in Major League Soccer’s Western Conference this season. The Sounders and Timbers are the two most recent MLS Cup champions, and all three Northwest clubs remain alive ahead of the second legs of the conference semifinals later this week and over the weekend.

The reasons behind the recent on-field successes are straightforward enough.

Each of the trio arrived at a fortuitous time in the league’s history, during a stretch of ambitious expansion unburdened by the unflattering first impressions that have so dogged MLS’ original franchises.

The Sounders had a clear-cut vision from the outset, and even after firing long-time coach Sigi Schmid midway through last season they are rightly regarded as one of the league’s pillars of stability. The Timbers and Whitecaps took a bit longer to find their footing, but they, too, eventually landed on coaches Caleb Porter and Carl Robinson, respectively, to help chart a coherent path forward.

Seattle leads the way in spending, but all three rank in the top 10 in the league in payroll, based on the most recent numbers provided by the MLS players’ union.

Combine all that with a down season for the LA Galaxy and a wide-open West, and it’s no shock that the Cascadian triumvirate has risen to the fore. Odds are good that one of them will represent the West in the league championship for a third straight season, which would inspire plenty of regional pride for a corner of the globe that can be seen as a bit of a sporting backwater otherwise.

Many outsiders want to know about the cultural element, though: about the packed stadia and elaborate tifos. And that part of it is a little bit more complicated to explain. Below is my best guess, having lived in and studied the culture of the Pacific Northwest for more than five years now. This perspective is Seattle-centric, based on personal experience, but most of it translates to the other two cities, as well.

In brief: the original North American Soccer League buried the grassroots deep into the soil, inspiring a generation of players, coaches and fans who kept the flame of the game going throughout the dark decades after the NASL folded and before MLS came this way.

John Best, the first coach of the Sounders and later the Whitecaps’ general manager, was a charismatic talisman who understood the importance of public outreach. Stories of the camps he and his charges hosted are legion. No request was too small, no Northwest town too remote to head out to for player appearances.

Those personal touches had an outsized impact. Through them, the sport — and the unique fan culture that accompanied it — organically grew. Adrian Hanauer, the future owner of the MLS Sounders, vividly recalls his first matchup in the stands inside the cavernous Kingdome. Kids throughout the region began to dream of scoring goals instead of touchdowns.

After the original Sounders folded in 1983, a semi-pro team named FC Seattle sprung up in its stead. Its roster reads like a who’s who of future, influential local coaches.

Brian Schmetzer played for the team in between stints with the indoor San Diego Sockers and Tacoma Stars;  Everett native Chris Henderson would go on to a lengthy career with the U.S. national team before becoming the Sounders’ first and current sporting director; Pete Fewing became the head coach at Seattle University, leading that program to multiple lower-division national titles and the Division One Sweet 16 in 2015.

Chance Fry still plays a formative role with the youth club Eastside FC, which produced Jordan Morris; as does Bernie James at Crossfire, which played a huge role in the development of DeAndre Yedlin. There were similar figureheads up and down the Interstate Five corridor: Clive Charles at the University of Portland; Bob Lenarduzzi up in Vancouver.

Soccer continued to grow around the region, even without top-level professional teams to rally around. That base of support was there when MLS finally came around late in the past decade. And that foundation allowed the Sounders, Timbers and Whitecaps to reach lofty heights more quickly than most of their peers.

They’ve carried that legacy forward, too. There have been some occasional mis-steps, sure, but moves like Schmid retaining Schmetzer as his top assistant at Hanauer’s request helped maintain the link.

Schmetzer hopping off the championship parade float to walk alongside the fans last December might have looked corny from the outside, but it was his way of paying homage to those that came before him. Portland’s Diego Valeri is as community-oriented as any player in MLS; Robinson is hugely relatable for a head coach at his level.

That history isn’t the only explanation for the fervor. Each club smartly targeted urban millennials instead of suburban families early on, have empowered their respective supporters’ groups to varying degrees and are encouraged by globalist political climates that are more receptive to the game than others might be. That history isn’t even unique — these are far from the only MLS cities to have once had NASL teams.

Yet it hits closer to the core of Cascadia’s soccer craze than any other factor. Clever marketing doesn’t typically inspire this level of emotion, year after year.

Though Thursday’s second leg between the Sounders and Whitecaps will be just their second all-time meeting in the MLS Cup playoffs, it will be the 146th time that Seattle and Vancouver have faced each other on the soccer field dating back to 1974. There’s something to that.