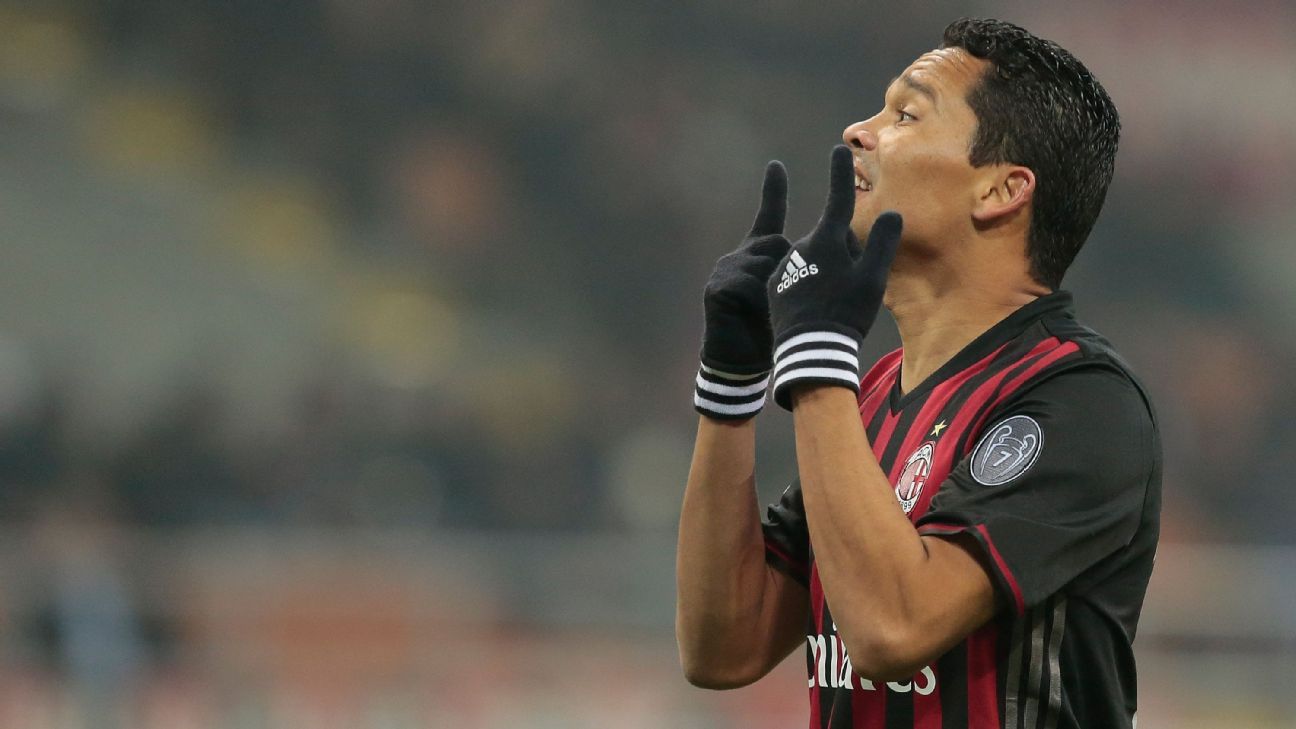 
Villarreal have confirmed the signing of Carlos Bacca from AC Milan on loan for the season with a view to a permanent move.

El Pais and AS report that the option, not an obligation, to sign the player next summer is for €15.5 million, with the initial loan costing the La Liga outfit €2.5m.

Bacca’s agent, Sergio Barila, told ESPN FC before the move was confirmed: “Bacca is in a situation where both he and his club are interested in looking at an option where he can play, be in a good league and La Liga is a very good offer.”

The 30-year-old scored 34 goals in 77 games in all competitions for AC Milan, who signed him for €30m two years ago from Sevilla. Milan coach Vincenzo Montella was open to Bacca’s departure as he does not consider him a key player.

“I want to thank God for giving me the opportunity to arrive to a great club like Villarreal,” Bacca said in a video on Villarreal’s official Twitter to confirm the deal. “I want to send a special salute to all the club fans.”

Bacca, contracted to the Rossoneri until June 2020, had been linked with Arsenal, Everton, Lazio and former club Sevilla this summer. Villarreal were looking to strengthen their attack following the sale of Roberto Soldado to Fenerbahce last week.

“Any club that has been in the market for a player to score goals, of course they have monitored Bacca,” Barila added. “He has been lucky to receive many offers this summer but he made it very clear to which club and which league he wanted to play in.

“He wants to go to a club that will count strongly on him. He wants to have a good season and arrive at the World Cup in Russia in the best possible way. Now we just hope that his future can be resolved as soon as possible.”

Bacca, who will be officially unveiled on Thursday, made a huge impact during his two seasons at Sevilla, scoring 34 goals in La Liga 71 appearances.