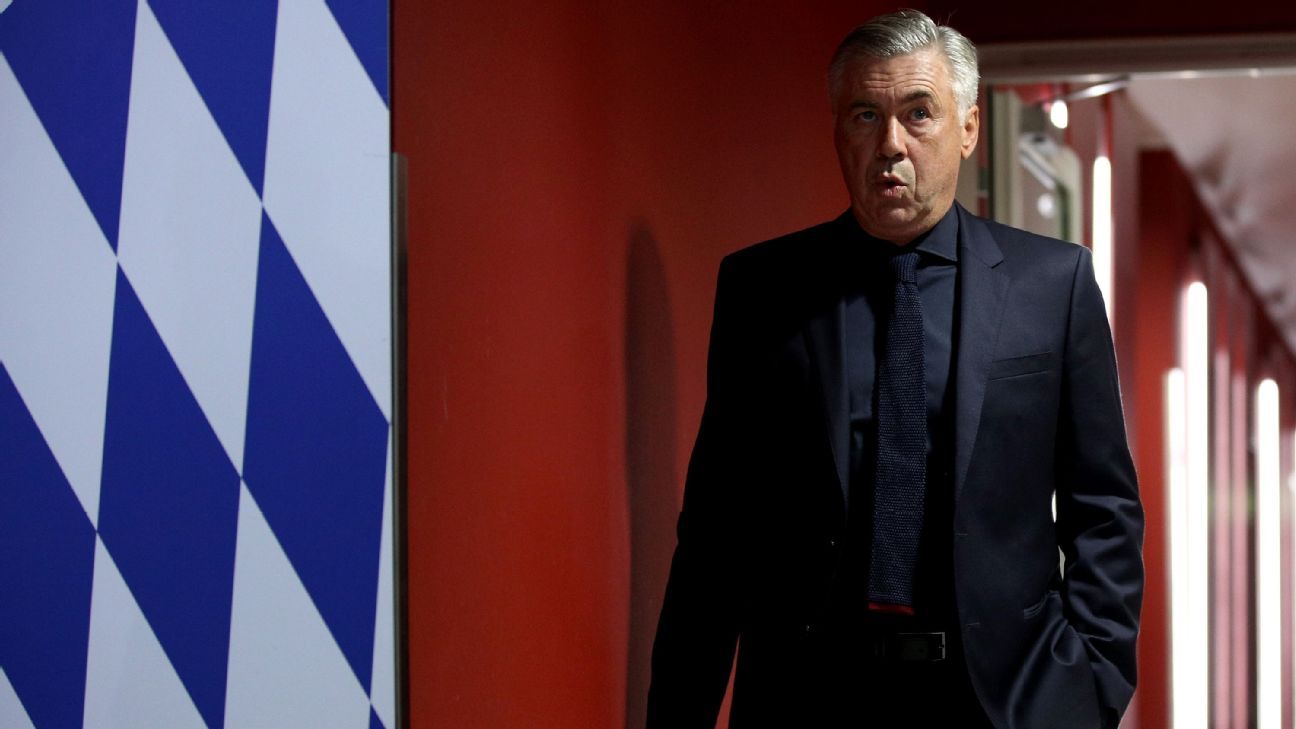 
Carlo Ancelotti says he had a good relationship with the Bayern Munich players, but believes the club did not back him as much as they could have.

The Italian was shown the door by the Bundesliga champions last month following a 3-0 defeat to Paris Saint-Germain in the Champions League and it has been claimed that players such as Arjen Robben, Jerome Boateng, Franck Ribery, Thomas Muller and Mats Hummels had all turned against him, but he does not believe that was true.

Speaking while picking up a literary prize for his book “Il Leader Calmo” — “The Calm Leader” — in Turin on Friday, Ancelotti also suggested Germany’s record champions had not done enough to support him.

“It’s already in the past now,” he told Sky Sport Italia.

“I’m always this [calm] — I wrote in my book that being sacked is part of the job, so I’m not surprised. One adventure has ended and now we prepare to start another one.

“The truth is I’ve always had a good relationship with everybody in 22 years as a coach. I’ve tried to respect everybody the same way, and this was the same at Bayern. I never had any big problems with Bayern players.

“Afterwards, it’s been claimed that some of them were against me. I don’t know. I always tried to respect everybody. As a coach, I’ve got to make choices in every game, sending 11 on the field and seven on the bench.

“Then it comes down to the intelligence of people to accept this and the strength of a club to back their coach.”

Ancelotti now plans to take a break until next summer, dismissing rumours he could replace Vincenzo Montella at his former club AC Milan.

He also laughed off claims he could work alongside Montella — a suggestion raised by the current Milan coach after hearing speculation linking Ancelotti with a return to the Rossoneri.

“I see Montella at Milan, [Eusebio] Di Francesco at Roma and [Gian Piero] Ventura at Italy and I rate them all and hope they can win everything,” he said when asked about a rumoured return to a job in Italy.

“Montella could be my assistant and I’d be his too? We could do one game each, but the problem is finding a club who would accept that. We’ll find one!”