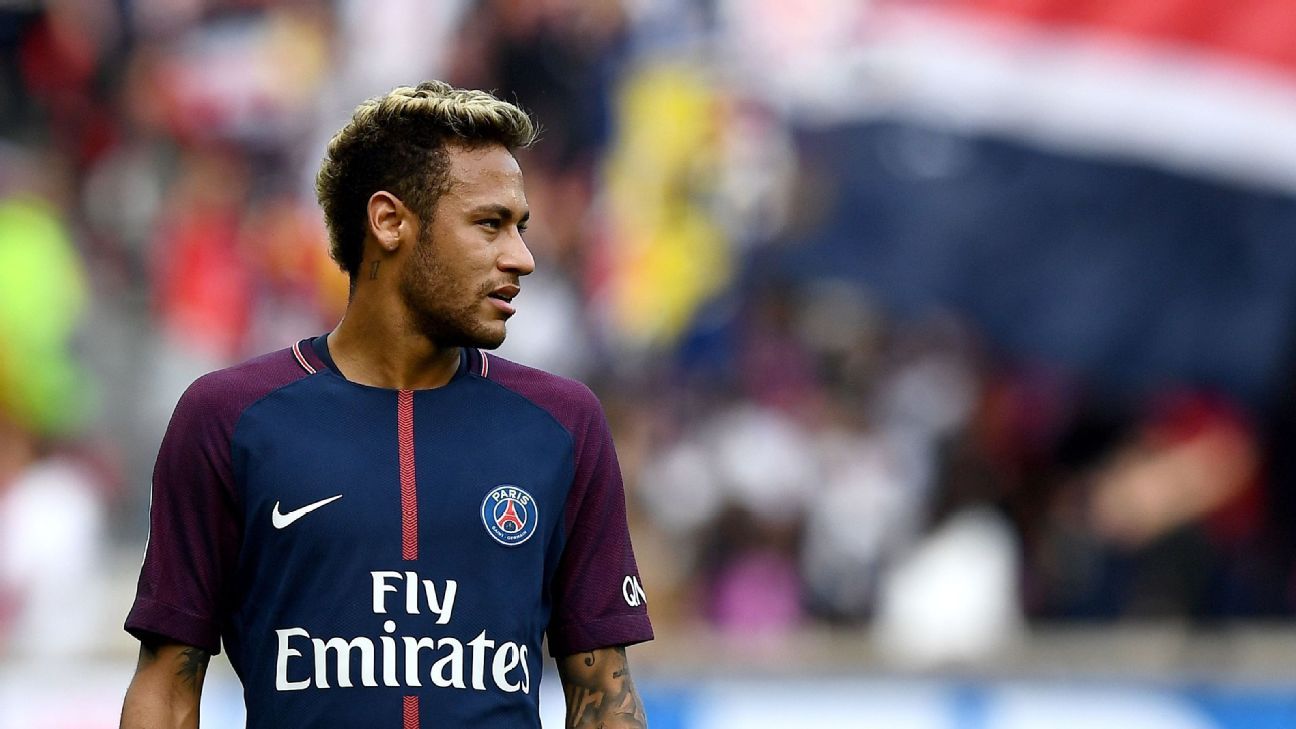 
PARIS — Paris Saint-Germain welcome OGC Nice to Parc des Princes on Friday and have the opportunity to move a provisional seven points clear of AS Monaco at the Ligue 1 summit if they can beat Lucien Favre’s side.

PSG needed a dramatic late Edinson Cavani free kick to salvage a point and save their blushes in Le Classique away at bitter rivals Marseille last Sunday and, after a few half-baked performances since the most recent international break, Unai Emery and his players need a convincing display.

Speaking at his prematch news conference on Wednesday, Emery underlined the importance of getting over last week’s close shave against Nice but warned of the challenge that Les Aiglons will pose — despite their surprising 14th place in Le Championnat at present.

“The best way to get over the draw in Marseille will be to win against Nice,” the Spaniard told journalists at Camp des Loges. “Our fans were not able to travel to Marseille but they will be there against Nice. It is very important to be with them at Parc des Princes. Together, we can show our strength.

Neymar’s quickfire two yellow cards at Stade Velodrome last weekend means that he will be unavailable on Friday and the Brazilian superstar’s absence means Angel Di Maria could get a chance to impress.

As a substitute, the Argentina international grabbed himself a late goal to make it 4-0 away at RSC Anderlecht in the UEFA Champions League last week but barely touched the ball in Marseille. Though Emery admitted that Neymar’s suspension might have opened the door to a Di Maria return to the starting XI where he could slot in on the left side or see Kylian Mbappe move over from the right in either a 4-3-3 or 4-2-3-1 formation.

“Angel is a competitor,” he said. “When he does not play, he is unhappy but he works for his opportunities. He wants to play every match. When he is not going to be a starter, I tell him to be ready.

“I am happy with his work in training and his work when he takes the field. Perhaps this will be a good opportunity for him. If he plays, I am sure he will do some good things.”

Di Maria knows the importance of doing better against Nice this season than last but also stressed how crucial home form could be in recovering the Ligue 1 title from Monaco this term.

“It is an important match,” Di Maria told PSG’s official website. “We only brought a point back from Marseille when we could have won it. Against Nice, we need to win. We need to take all three points as we will be playing at home.

“We also have not forgotten what happened against them last season. We struggled. We did not manage to beat them at home or away. This season, if we want to win the title, we need to be dominant at home.”

Although he is not certain to start over Layvin Kurzawa, Yuri Berchiche could get the nod at left-back and if he does, he could be playing behind Di Maria. The Spaniard has looked solid when give chances to impress by Emery and Kurzawa’s recent poor form should mean that Berchiche is close to getting a look in the starting XI.

“Against Nice we will be playing in front of our tireless fans again after two consecutive away games,” the Basque defender said. “It will be a difficult match as Nice have a lot of talented players. We will have to give our best from the first minute to the last in order to win it.”

Neymar is not the only regular starter who will be missing against Nice, midfielder Thiago Motta is also out injured. The veteran’s absence could mean a switch from a possession-based 4-3-3 formation to an attack-minded 4-2-3-1 but it could also gift a player like youth academy graduate Christopher Nkunku a rare chance to catch Emery’s eye.

The France under-20 international was left out of the squad altogether when Emery named his match day squad in Marseille, but with Motta out and Adrien Rabiot not keen to play in the deep-lying role that the seasoned Azzurri man occupies, Nkunku could get a sniff of action

“We know that this will be a tough match,” the 19-year-old said ahead of Friday’s clash. “Nice are not in a good position right now and will want to pick up points against us to make up some ground — they will do everything to unsettle us. https://www.psg.fr/pro/article/christopher-nkunku-retrouver-la-victoire

“For us, we come into this after a draw in Le Classique and we want to get back to winning ways as soon as we can. It could get complicated but we know how to approach this encounter. We are going to do everything to win.”

On paper, PSG should not struggle too much against Nice. However, Le Gym thrashed Monaco 4-0 at home in Ligue 1, though are equally on a run of four straight losses across all competitions. Any side boasting the mercurial talents of players like Mario Balotelli and Wesley Sneijder should not be taken lightly, though…