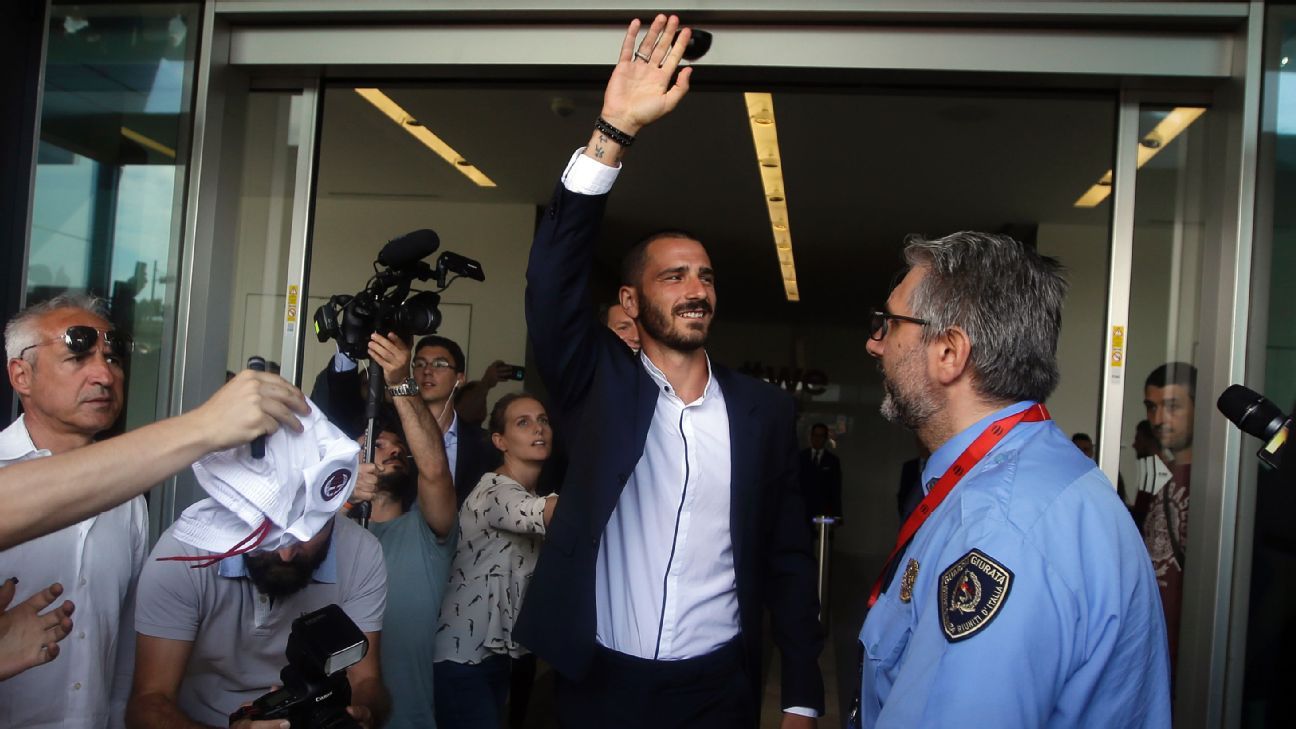 
Lazio’s best season since they won the title at the turn of the century still hasn’t been enough to persuade manager Simone Inzaghi to talk his team up as a contender this year. Last season, the Biancocelesti matched the 21 wins achieved by Sven-Goran Eriksson’s Scudetto winners in 2000 to finish in fifth place, but nobody has them in the conversation for the title this time around. Behind Inzaghi’s argument is realism rather than expectation management.

“We’ll have to wait another 30 or 40 years to have another Leicester and it won’t be in Italy,” he told La Repubblica this week. “They’ll have to either distribute the revenue more equitably. Maybe new privately owned stadia can make a difference. Otherwise in a 38 or 40-game season the same teams will always win.”

Juventus and the two Milan clubs have passed the Scudetto between themselves for the last 16 seasons. But as Sunday’s curtain raiser, the Italian Super Cup, nears on the horizon, there is great curiosity to see whether Lazio can provide the league with some hope and give credence to the theory that Leonardo Bonucci represents the biggest loss Juventus have suffered in the last six years when he chose to join Milan — bigger than Carlos Tevez, Andrea Pirlo, Arturo Vidal, Paul Pogba and Alvaro Morata.

“Juventus have lost something now they’re without Bonucci,” Inzaghi argued. “The only thing that bugs me is he has gone to Milan and will strengthen a team that finished behind us last year.”

Inzaghi has also had to come to terms with his captain Lucas Biglia leaving for the Rossoneri. Lazio have replaced him with another Lucas — Liverpool veteran Lucas Leiva, whose initiation has already made him a dressing room favourite — but the painful exits at Lazio are not over. Rome’s Stadio Olimpico isn’t just the setting for the Super Cup, it will also serve as a stage for Juventus to hold more talks with Lazio regarding the €30 million transfer of another of Inzaghi’s star players: Keita Balde Diao.

Juventus are confident of landing the Senegal international, who has reportedly had an agreement with the Old Lady for some time. Lazio have had bigger offers for Keita but will likely have to accept less than what they could get from Milan or Inter because of the player’s wish to play at the Allianz Stadium. Otherwise Keita will walk into the Old Lady’s arms for free when his current deal expires next summer.

But that’s just one of the subplots behind Sunday’s game. Staying with the transfer market, Lazio centre-back Stefan de Vrij is yet to extend his contract and has long been mentioned as a possible replacement for Bonucci. Reports out of Juventus at the moment though is they are in no hurry to sign a successor for their ex-“future captain” and might not even address it this summer.

That of course wouldn’t be the case if Juventus still planned to play a back three. But the move to a back four in January, with only two centre-backs required to start, has left Juventus confident they’re covered, particularly with Mattia Caldara due to join from Atalanta in 2018. Why sign a big name now only to block his pathway later?

Some fans would like to see Juventus do it anyway and their reasoning is understandable. Andrea Barzagli, for instance, is 36; Giorgio Chiellini and Mehdi Benatia have hardly been injury free over the last few years. A lot of responsibility falls on the shoulders of Daniele Rugani in what promises to be his first full season as a starter at Juventus.

For what it’s worth Chiellini doesn’t necessarily think Bonucci’s sale is a bad thing. “We’re definitely losing something in terms of quality,” he told La Stampa. “But we’re going to improve in other respects. We’ll gain in physicality and marking.”

Juventus’ build-up play will have to change. Rugani can step out of defence and pass the ball well, but it’s likely Miralem Pjanic will have to drop deeper and take it off the centre-backs earlier rather than entrust as much of the construction phase to them as in the days of Bonucci. The seven goals Juventus have conceded in the four friendlies they’ve played in preseason have got supporters a little worried that the bedrock of their success is beginning to crack, but friendlies are friendlies and their opponents were also top class: Barcelona, PSG, Roma and Spurs.

The old adage “defence wins championships” rings truer in Italy than anywhere else. Juventus have only had the best attack in two of the last six years. They have always had the best defence. It’s something manager Massimiliano Allegri never loses sight of.

“We need to work on it,” he insisted at Wembley last weekend, “because in Italy the team with the best defence always wins the league.”

Of greater irritation at the moment is the fact Juventus keep conceding the same goal: a simple ball flashed across the six-yard box. Inzaghi will no doubt have taken note and will also be aware of Real Madrid’s ploy in the Champions League final. Zinedine Zidane had picked up on Juventus’ habit of dropping off, getting numbers behind the ball often within their own penalty area. It left them vulnerable to cut backs on the edge of the box.

If Lazio can replicate those situations, it’s possible Juventus could watch another team lift this trophy for a second straight year. They lost to Milan on penalties in Doha before Christmas. On that occasion Gigio Donnarumma denied Paulo Dybala from the spot and so far the lead-up to Sunday’s game has been all about Juventus’ decision to give the Argentine their prestigious No. 10 shirt for this season and beyond, which should snuff out any chance of Dybala leaving for Barcelona as Neymar’s replacement.

General manager Beppe Marotta said in May Juventus have a project alla Del Piero for the 23-year-old, which would indicate that, unlike the decision to give Pogba the No. 10 shirt two seasons ago, this is part of a long-term plan.

Whether it is or not the prestige conferred by the jersey only adds to his value. “Good luck, Paulo,” Del Piero tweeted. “Enjoy it and entertain us.” A more natural heir to Del Piero than Tevez and Pogba, the spotlight on Dybala will now be even more sustained. The expectations even greater.

Dybala’s Juventus debut came against Lazio in the Super Cup two years ago; he marked it with a goal and claimed the first trophy of his career. Will Lazio be able to stop him on Sunday?