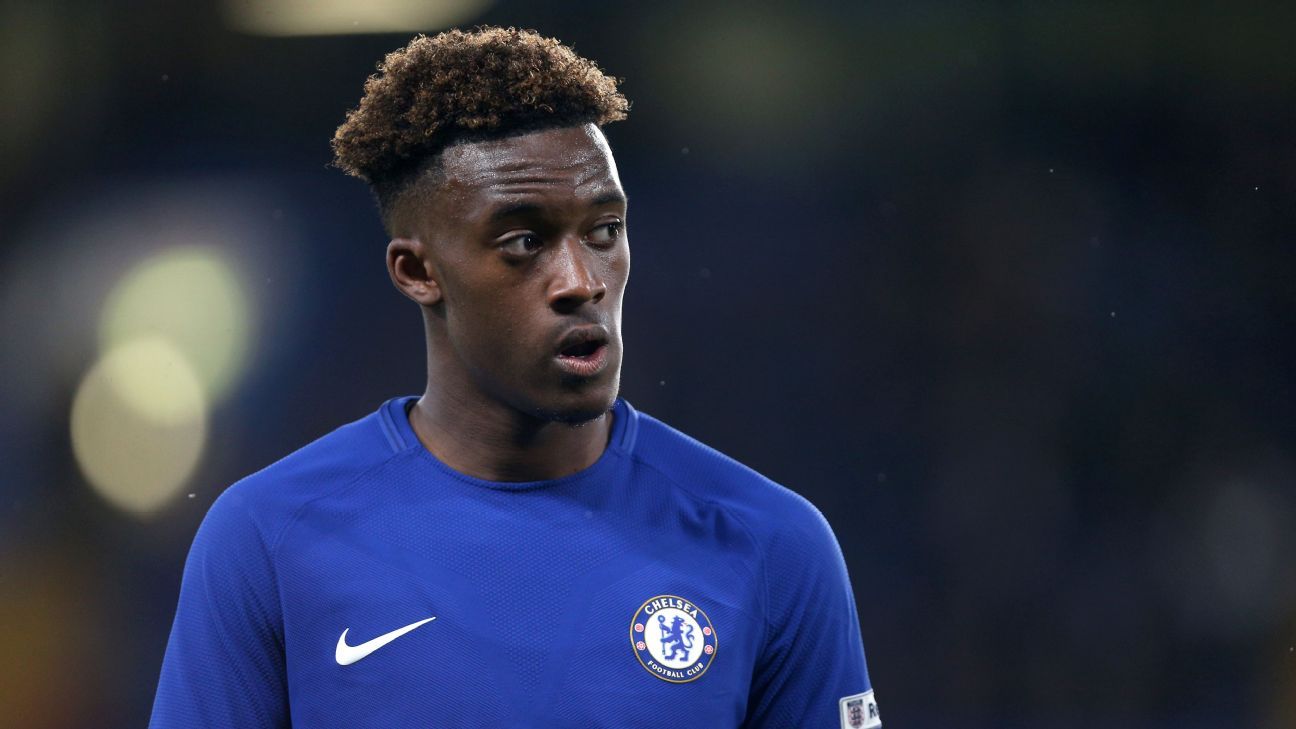 
LONDON — Maurizio Sarri has said Chelsea have assured him Callum Hudson-Odoi will still be at the club next season after the 18-year-old’s request to join Bayern Munich for £35 million in January was rejected.

Sources told ESPN FC on Monday that Chelsea have turned down Hudson-Odoi’s transfer request and will not be selling him to Bayern before Thursday’s transfer deadline, despite the fact that the winger has no intention of committing to a contract extension.

Hudson-Odoi enters the final year of his deal at the end of the season, when he expects Bayern to revive their interest. Should they do so, Chelsea will be in a very difficult position, but Sarri insisted that the club have told him they are unlikely to consider offers for their prized academy asset in the summer.

“I have not the power to sign new contracts here,” Sarri said. “On the pitch I am really very happy with him. I know the club told me that, in this window, he will remain with us for sure. Very probably also in the next.

“So we are really very happy with this. As I said, he is improving on the pitch and he is the future of our club and the future of English football.”

Chelsea have been angered by the public nature of Bayern’s interest in Hudson-Odoi but Sarri said the situation has not been a distraction for him.

“I am not frustrated,” he added. “On the pitch, he’s doing very well: very well in training, very well in matches. So I’m really very happy with him. I’m not happy with the situation, of course, but I know very well that every big team here in England has the same problem.

“It’s not easy to keep these young players. He is, of course, one of the best 18-year-olds in Europe, so it’s very difficult. But, as I said before, the club told me he is off the market, for sure. And, probably, he will be off the market in July, too.

“I don’t know [if he’ll be happy with that], but I can say what I see on the pitch. On the pitch at the moment, he’s fantastic.”

Chelsea face the prospect of losing Hudson-Odoi for a cut-price fee if they refuse to sell next summer. In the meantime, they are hoping that Sarri can involve him enough in the final four months to change his mind; he has played 209 minutes in January but is still waiting for his first Premier League start.

“It’s impossible to promise him he will play every match because it depends on the situation, so I cannot do anything.”

Chelsea are running out of time to sign a replacement for Cesc Fabregas in January after Paris Saint-Germain concluded a deal worth around £35m for reported target Leandro Paredes on Tuesday, and Sarri reiterated that his opinion on the need for a new midfielder has not changed.

“You know very well my opinion,” he said. “I thought, for us, it was important to have two players. One has arrived [Gonzalo Higuain] and I am waiting for the other. But if he will arrive, I will be very happy. Otherwise I have to work with these players. It’s not a big problem for me.

“Of course I have to adapt players in that position. [Ethan] Ampadu didn’t play very well in that position [against Sheffield Wednesday], but I think he is very young, it’s a new position, it’s not easy to play there in our team.

“In the second half, we tried with Mateo [Kovacic], who is able to move the ball very fast and very cleanly. But now we have to see if he is able to play there in a defensive match. So we have to try.”