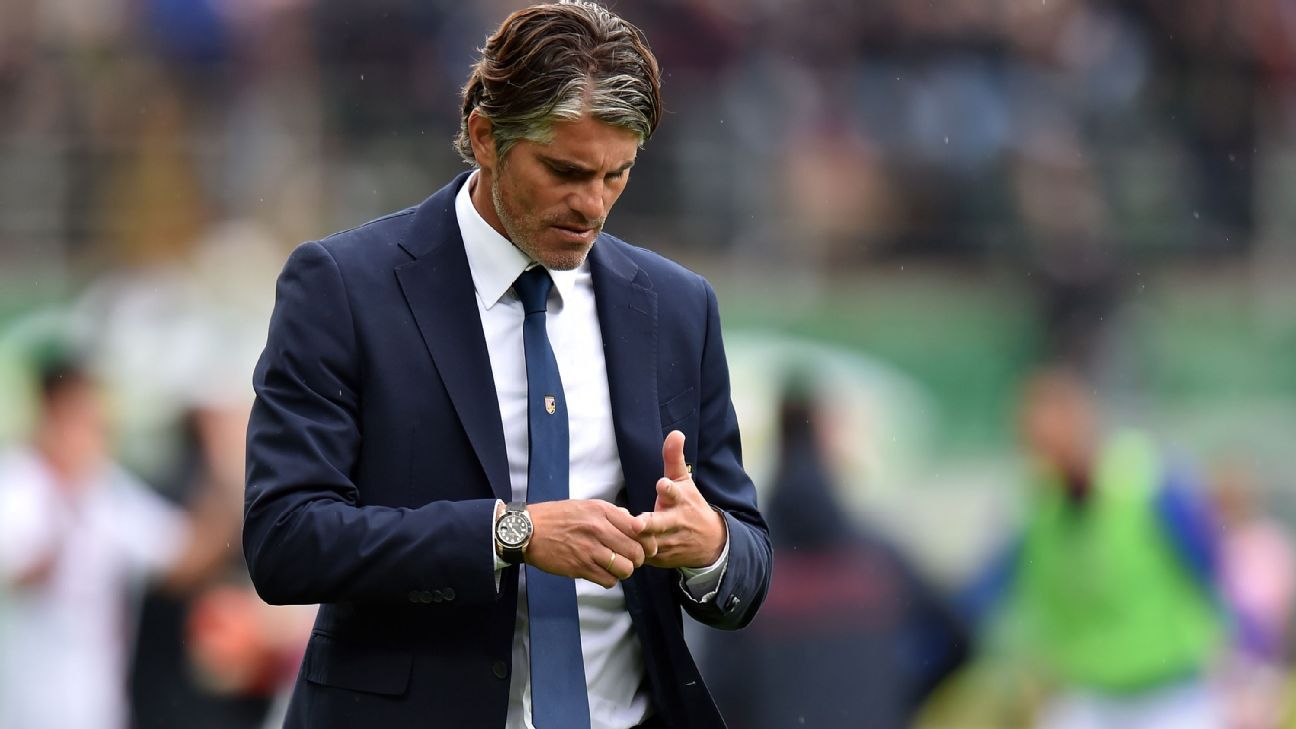 
Diego Lopez has returned to Cagliari as their coach, the Serie A side have announced.

Cagliari parted company with Massimo Rastelli on Tuesday after a recent poor run of form.

Lopez, who managed the club in 2013-14, returns after a spell in charge of Palermo.

A Cagliari statement read: “Cagliari Calcio announces that it has entrusted the technical guidance of the first team to Diego Lopez. Lopez has signed a contract that will tie him to the Rossoblu until June 2019. His staff will be officially announced in the next few hours.”

Cagliari got off to a mixed start in Serie A this season but Sunday’s 3-2 home defeat to fellow strugglers Genoa saw them slip to 14th in the standings — just one point above the relegation zone — following a four-match losing streak.

The Sardinian side are next in action on Sunday when they travel to Lazio.