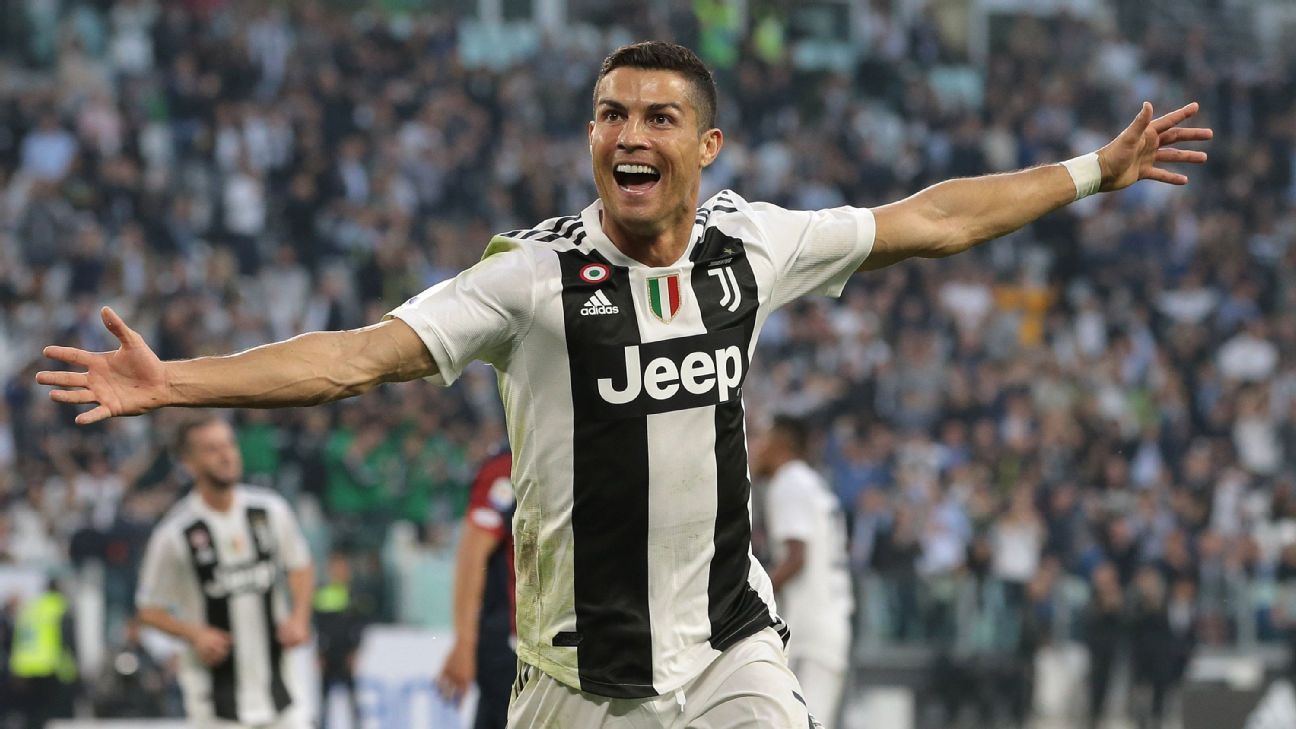 
Lionel Messi and Cristiano Ronaldo were both on the scoresheet, while Real Madrid created an unwanted record. ESPN brings you the best numbers from Europe’s top leagues.

The 2-2 draw on Saturday meant Manchester United picked up only their second point at Stamford Bridge since Sir Alex Ferguson’s retirement in 2013. United have made six visits to the Bridge since then, and the only other time they did not come home empty-handed was a 1-1 draw in February 2016, when Jesse Lingard’s strike was cancelled out by Diego Costa’s last-minute goal.

With Chelsea, Liverpool and Manchester City all keeping their unbeaten starts alive in the Premier League this gameweek, this is just the third time in English top-flight history that as many as three teams are undefeated after nine league games. Liverpool have been one of the three teams each time (also in 1978-79 and 1990-91).

Following their 2-1 home defeat to Levante, Real Madrid have now gone five straight games without a win in all competitions for the first time since May 2009. Madrid’s last win came almost month ago, when they edged Espanyol 1-0 on Sept. 23. Since then, they have lost to Sevilla, Alaves, Levante and CSKA Moscow, in addition to being held to a 0-0 draw at home by Atletico Madrid.

Borussia Dortmund’s Paco Alcacer has scored with every single shot on target he has had in the Bundesliga. On Saturday, he hit his seventh goal of the season in Dortmund’s 4-0 win over VfB Stuttgart.

Paris Saint-Germain striker Kylian Mbappe is now level with Genoa’s Krzysztof Piatek for most goals in Europe’s top five leagues this season, with nine. Mbappe scored PSG’s fourth of the game during their 5-0 win against SC Amiens.

As a result of the arm injury Lionel Messi picked up during Barcelona’s 4-2 win against Sevilla, next week’s Clasico will be the first in more than 10 years not to feature either him or Cristiano Ronaldo, who moved to Juventus in the summer. The last time this happened was in December 2007, when Real Madrid beat Barcelona 1-0.

Fulham’s Ryan Sessegnon, 18, is the first player born in or after 2000 to score a Premier League goal. He netted his first goal in Fulham’s 4-2 loss against Cardiff on Saturday.

The 25 goals Fulham have let in after nine Premier League games are the second-most at this stage. Southampton leaked 26 goals from nine matches in 2012-13.

Jan Oblak has more clean sheets (73) than goals conceded (72) in his 125 games for Atletico Madrid in La Liga. He conceded his 72nd in Atleti’s 1-1 draw with Villarreal on Saturday.

With his strike against Burnley on Saturday, Sergio Aguero is now tied with Les Ferdinand at No. 9 in the all-time Premier League goal-scoring charts, with 149.

Cristiano Ronaldo became the first player to score 400 goals in Europe’s top five leagues, during Juventus’ 1-1 draw against Genoa. Ronaldo’s fifth league goal for Juventus carried him to the milestone, adding to his 84 strikes for Manchester United in the Premier League and 311 for Real Madrid in La Liga.

Ronaldo is now 10 goals ahead of Lionel Messi’s tally of 390 goals scored in Europe’s main leagues, as the Argentine was also on target against Sevilla.

Real Madrid went 480 minutes without scoring a goal in all competitions — their second-longest drought — before Marcelo found the back of the net in the 72nd minute during the 2-1 loss against Levante. The Madrid team of 1985 still holds the record for the longest drought, as Jorge Valdano and his teammates drew blanks for 495 minutes across all competitions.