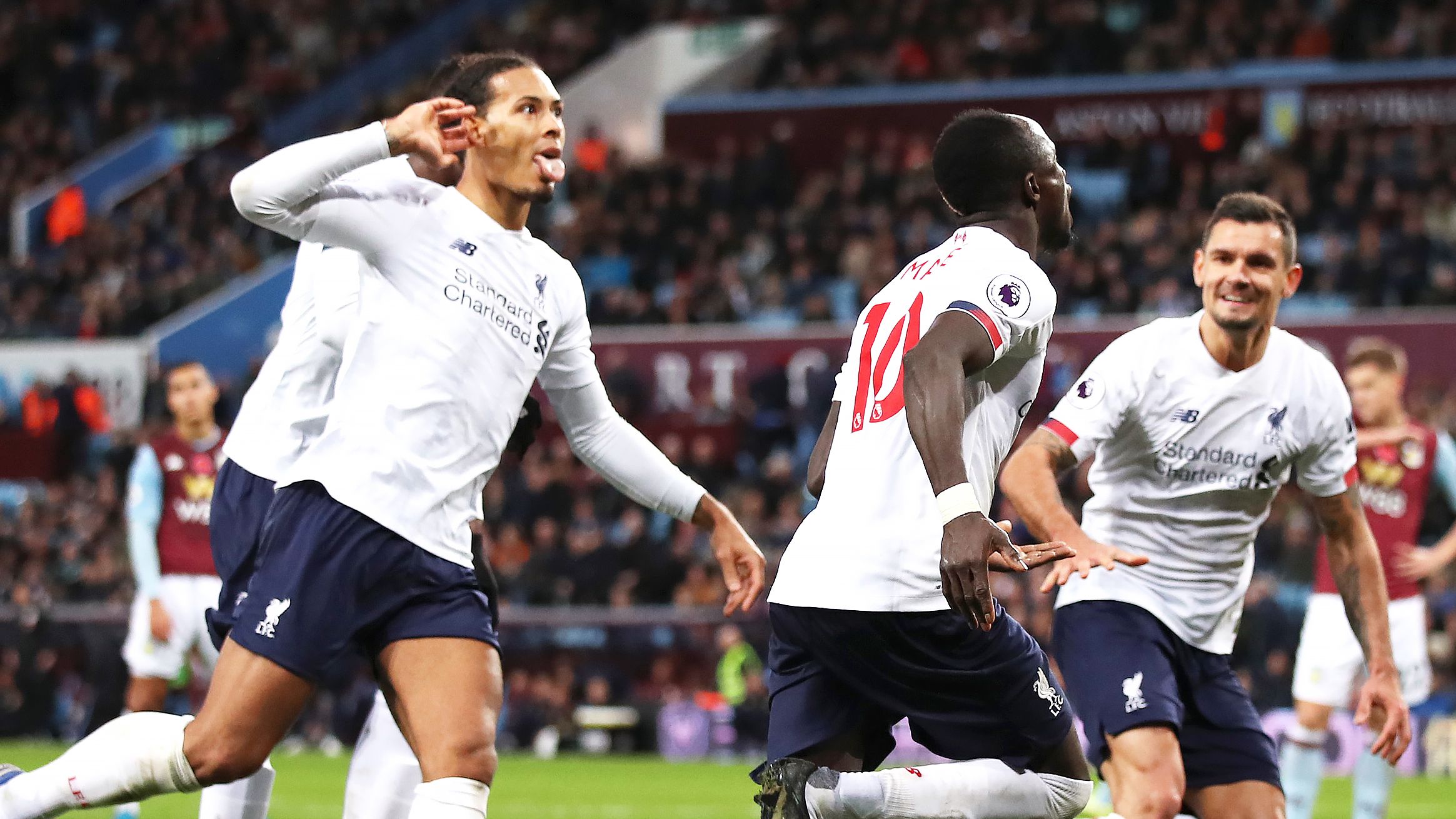 A wild weekend of football has thrown up quite the loot of interesting numbers. ESPN brings you the best from the weekend’s action:

Liverpool and Manchester City both clawed their way back from 0-1 down to win 2-1, Manchester United put in one of their Mr. Hyde performances to lose at Bournemouth, Arsenal clutched a draw from the jaws of victory, while Chelsea and Leicester City continue rampaging forward.

Frank Lampard became the second Chelsea manager to win seven consecutive away games in all competitions after Bobby Campbell in 1989. Quite the start, eh?

One step forward, three back. Manchester United’s haul of 13 points from 11 Premier League games this season is their lowest at this stage of a top-flight campaign since 1986-87

Who can stop Liverpool this season? The Merseysiders are now unbeaten in their last 28 Premier League games, their second longest unbeaten streak in top-flight history. They are now three shy of equalling their club-record of 31 games.

All those last-minute goals have helped. Sadio Mane’s winner at Aston Villa was Liverpool’s 35th stoppage-time winning goal in the Premier League, 10 more than any other side in the competition’s history. More pertinently for the present, five of those have come since the start of last season – more than any other team.

Levante’s Borja Mayoral is the first player to score against both Barcelona and Real Madrid in La Liga this season. He scored the second goal in Levante’s stunning 3-1 win over Barcelona on Saturday.

Real Madrid have drawn 0-0 at Santiago Bernabéu for the first time under Zinedine Zidane.

And this one was thanks to a little slice of history. Real Betis have become the first team ever in La Liga history to keep a clean sheet in three consecutive away games against Madrid.

Diego Simeone made his 300th appearance as manager of Atlético Madrid in La Liga. Only four other coaches have ever reached that milestone at the same club in Spain: Miguel Muñoz at Real Madrid (424), Luis Aragonés at Atlético Madrid (407), John Toshack at Real Sociedad (322) and Johan Cruyff at Barcelona (300).

This happened mid-week, but was too important a number not to include here — Sergio Ramos is the second player to score at least once in each of the last 16 LaLiga seasons, after Lionel Messi.

PSG have found a way of making the Ligue 1 title race exciting. They now lead Angers by just 7 points.

Bayern Munich got dismantled 5-1 at Eintracht Frankfurt on Saturday. On Sunday, Bayern announced they had parted ways with manager Niko Kovac. The Bavarians are currently fourth, four points behind leaders Borussia Monchengladbach.

They face Borussia Dortmund next.

The last time Bayern conceded 16 goals after 10 Bundesliga games was 11 years ago, during the 2008-09 season under Jürgen Klinsmann. They finished second that season.

Bayern may have lost, but Robert Lewandowski did what was asked of him. He has scored his 20th goal of the season for Bayern Munich in all competitions.

Elsewhere, RB Leipzig thrashed Mainz 8-0. In the process, Timo Werner became the first player on record to have a hat-trick of goals and assists in a Bundesliga game.

For the first time since the 1976-77 season, there was a Berlin derby in the Bundesliga. Newcomers Union Berlin beat Hertha 1-0.

In winning 2-1, Lazio won away against Milan in Serie A for the first time since September 1989; there had been 29 winless games since then.

Romelu Lukaku is the first Inter player to score at least 8 goals in the first 11 league matches and in his first season for the Nerazzurri since a certain Brazilian named Ronaldo in 1997-98.

Meanwhile, on an unrelated note, Manchester United have scored 13 goals in their first 11 league games.