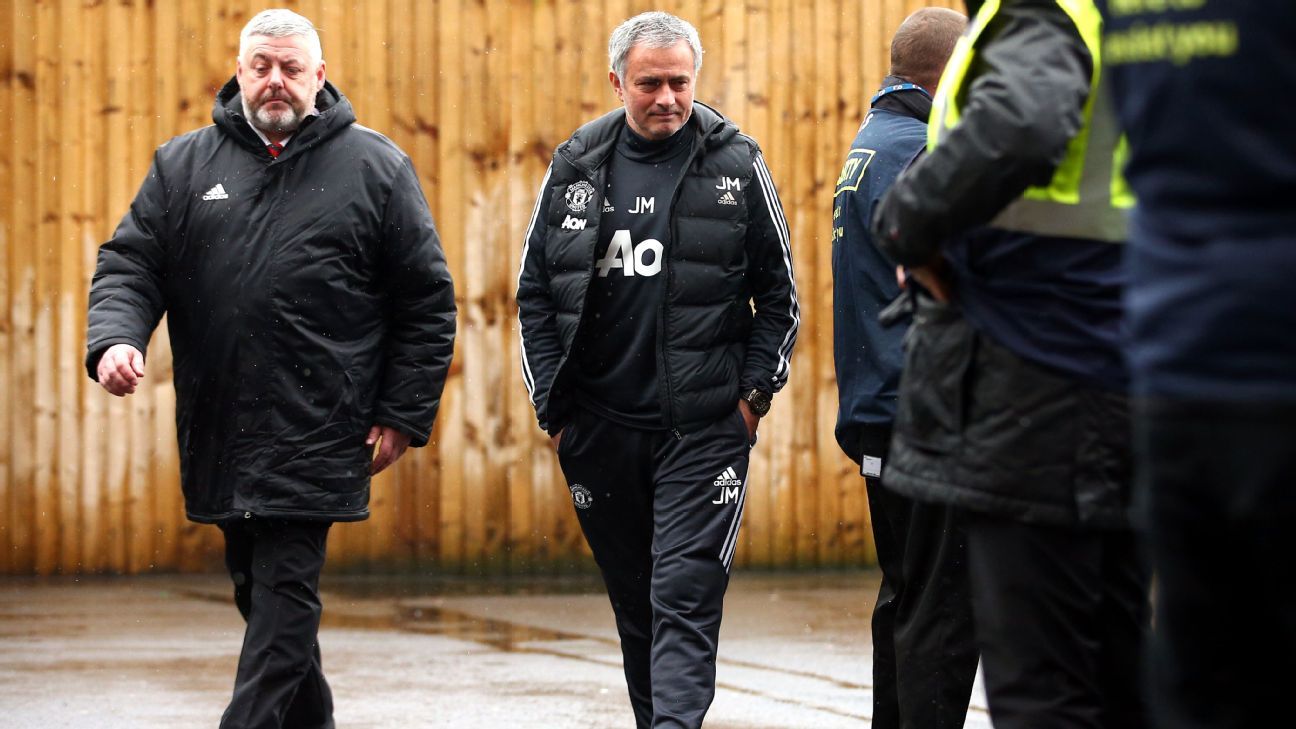 Ahead of each round of fixtures in the Premier League, W2W4 looks at the main storylines to keep an eye on. Here is what is in store for Matchday 4.

The worst thing about Jose Mourinho’s post-Tottenham outburst, from his detractors’ point of view, is that he wasn’t entirely wrong. Saying Manchester United “won the game tactically” sounds absurd when the final score was 3-0, but you knew what he meant: in the first-half, United played pretty well, created and forced some brilliant chances and should have been at least one goal up.

The problem came in the second-half, when they crumbled embarrassingly as soon as Tottenham came out of their shells a little. Last season they gained 15 points from losing positions, a figure only one team (Bournemouth, curiously) bettered. Yet from the admittedly small sample size of this season so far, they have shown no such resilience and seem to collapse under any form of adversity. Only those inside the dressing room know exactly why that is, but one thing’s for certain: it doesn’t reflect well on the manager.

Might they be put under the same pressure on Sunday? Burnley have no wins, one point and three goals to their name from their three games, were outclassed by the newly-promoted Fulham last time out and were knocked out of the Europa League on Thursday. However, despite the aggregate defeat to Olympiakos, Sean Dyche thought he saw something of the old Burnley in the second leg. “No disappointments, just learning,” he said. “We were effective.”

Could that be the encouragement Dyche and Burnley need to go for the United jugular? They know that when they’re behind, things don’t go well for Mourinho’s team. If it happens again, if United lose at Turf Moor, then the already loud Old Trafford alarm bells could become deafening.

Where will Mesut Ozil be this weekend?

Maybe Ozil really was ill last weekend for Arsenal’s win over West Ham. But reports of a disagreement between him and manager Unai Emery refuse to go away, possibly over the German’s specific role in this new Gunners side, and those reports will only become more frenzied if Ozil is left out of the team to face Cardiff this weekend.

In some respects, Emery making a power play by picking a fight with Arsenal’s most high-profile player might make some sense. Emery’s reputation for dealing with such situations wasn’t exactly stellar at PSG, where Neymar appeared to very much wear the trousers in that relationship. This is part speculation, part cod-psychology, but might Emery be trying to make an example of Ozil to prove his own constitution? And if so, is one game out of the team enough to make the point? We may find out this weekend.

Declan Rice needs to make his mark for West Ham

There has been some understandable angst in Ireland over the last week, after Declan Rice was left out of their latest squad, on the basis that he’s considering an approach from England. The initial and obvious response to which is: if he can’t get into the West Ham team, there’s not much point in worrying about international football just yet.

Rice played in the Carabao Cup against Wimbledon this week but has only managed one half in the Premier League, suggesting Manuel Pellegrini isn’t entirely convinced by the youngster’s talents. But these are the early days of Pellegrini’s reign, where he’s still working things out and thus every player in theory has a chance to make an impact.

The Hammers’ poor start to the season, with three defeats from three games, is a chance for Rice to firstly establish himself in the team, and also justify the scrap over him at international level.

Benitez will play the same way … but maybe he shouldn’t

Rafa Benitez will be able to make a good case that his approach to Newcastle’s game against Chelsea last Sunday was justified because it very nearly worked. Ultimately it took a penalty and an own-goal for Mauricio Sarri’s team to claim a victory. But was the ultra-defensive set-up ultimately more harmful in the long-term? Does such negativity simply increase the levels of tension around the club?

The Spaniard’s stewardship is one of the only positives for Newcastle fans, but while it’s dangerous to treat their support as one amorphous mass who think as one, might that be eroded if his gameplan against the biggest teams only amounts to damage limitation?

Nobody is asking for irresponsible, all-out attack against Manchester City, but perhaps something closer to how Wolves performed against the champions last weekend might be preferable. There’s little chance of Benitez changing his approach, but perhaps it would be wise in the long-run to at least consider it.

Can Cardiff find the net at last?

Cardiff are the only team in the top four divisions yet to score a goal. This isn’t an especially new issue, as they weren’t exactly free-scorers when they won promotion last season: Hull, who finished 18th, scored more than their 69 goals in the Championship. They partly got round that problem with a miserly defence, but Neil Warnock will know that will be much harder to do in the Premier League, where mistakes are leapt upon and miscues punished ruthlessly.

Warnock is a man who revels in being an underdog and he’ll have a chance to do that on Sunday when Arsenal visit south Wales. The old myth about the old Arsenal was that physical sides like Cardiff could too easily unsettle them, that their constitutions were too weak to cope with a little rough-housing. Warnock will no doubt test that idea out.