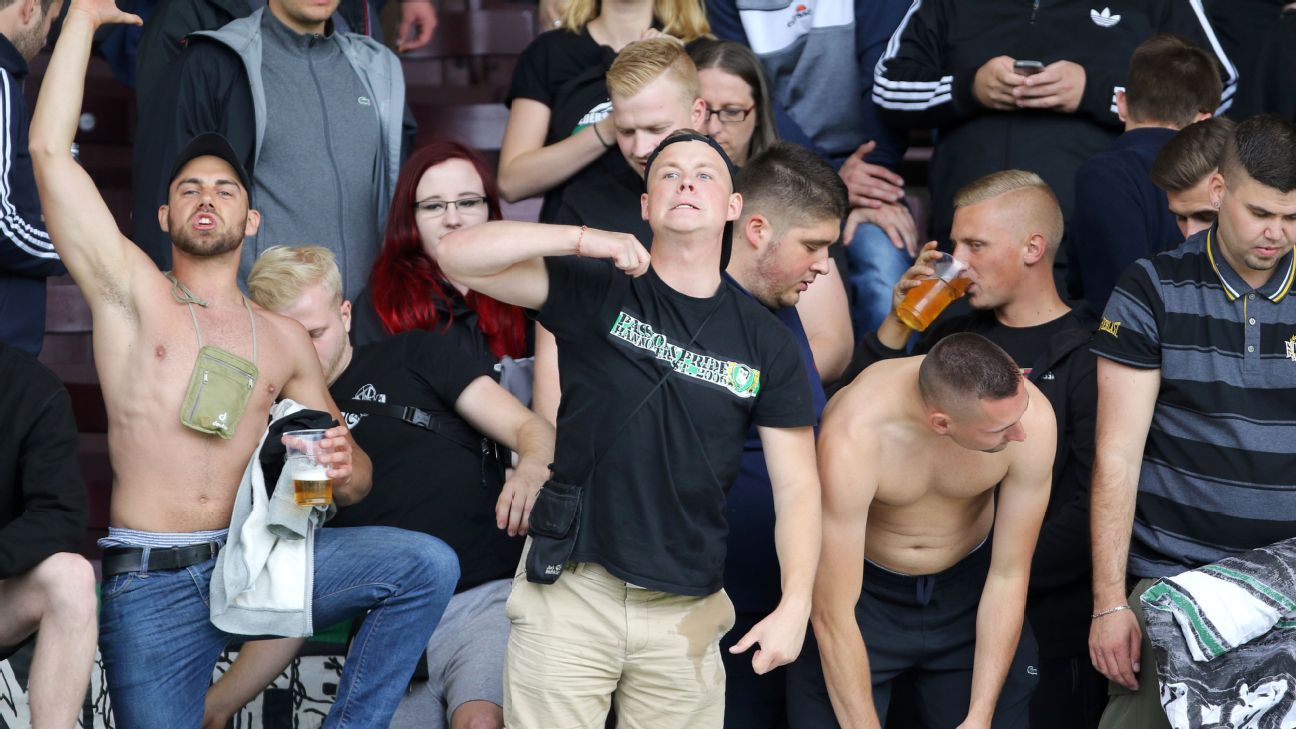 
Burnley’s preseason friendly at home to Hannover was abandoned on police advice on Saturday.

The Clarets were leading 1-0 at half-time thanks to a goal from Ben Mee when the announcement came. A short statement on the club’s Twitter account read: “Today’s game has been abandoned, on police advice.”

A match report published on Burnley’s official website said there were “concerns over supporter safety following unrest in the Cricket Field Stand, which housed around 500 supporters of the German club” and added: “After scoring his goal, Ben Mee urged supporters to calm down.”

Photographs showed unrest in the stands, with police holding back Hannover fans from their home counterparts.

German news agency dpa reported that “several hundred” Hannover fans were responsible for the disturbances, chanting abuse against their club president Martin Kind and ripping up seats to throw toward Burnley supporters.

Kind is unpopular among Hannover fans for taking a majority 51 percent stake in the club.

Burnley boss Sean Dyche backed the decision of the police, telling the local press: “They called us in and said, ‘Look, we’re going to call it for the safety of all involved, stewards, fans, police etc.’

“That was pretty early. The police were in the referee’s room, called me, went through the procedure, and obviously we fully support the police’s decision.

“Hopefully nobody has got hurt. You can’t really tell what’s going on from how far away we are, but it didn’t look ideal. You hope that’s gone out of the game and it generally has. The police called it early. No one wanted anything other than a game of football.”

Chief Superintendent Chris Bithell of Lancashire Police said a “robust policing operation” was in place based on “pregame intelligence” and that additional resources from across the county have been brought in.

In a statement on Burnley’s website, Bithell said: “A decision has been taken to abandon the football match between Burnley FC and Hanover 96, following consultation between the police match commander, the referee and Burnley FC’s grounds safety officer.

“This follows violent behaviour by a group of travelling Hanover fans, who attempted to attack fans in the home stands, as well as police officers and stewards.

“Although a robust policing operation was in place for the match, based on pre-game intelligence, additional resources have now been brought in from across the county to ensure no further disorder occurs.”

Hannover released a statement on their website on Saturday night condemning the scenes.

It read: “Our attitude is clear: Hannover 96 condemns the incidents in the stadium and dissociates itself vehemently from any kind of violence.

“The club does not yet have any clear insights into the progress of the events. This information will be gathered in consultation with the police, the hosts from Burnley and fan representatives.”