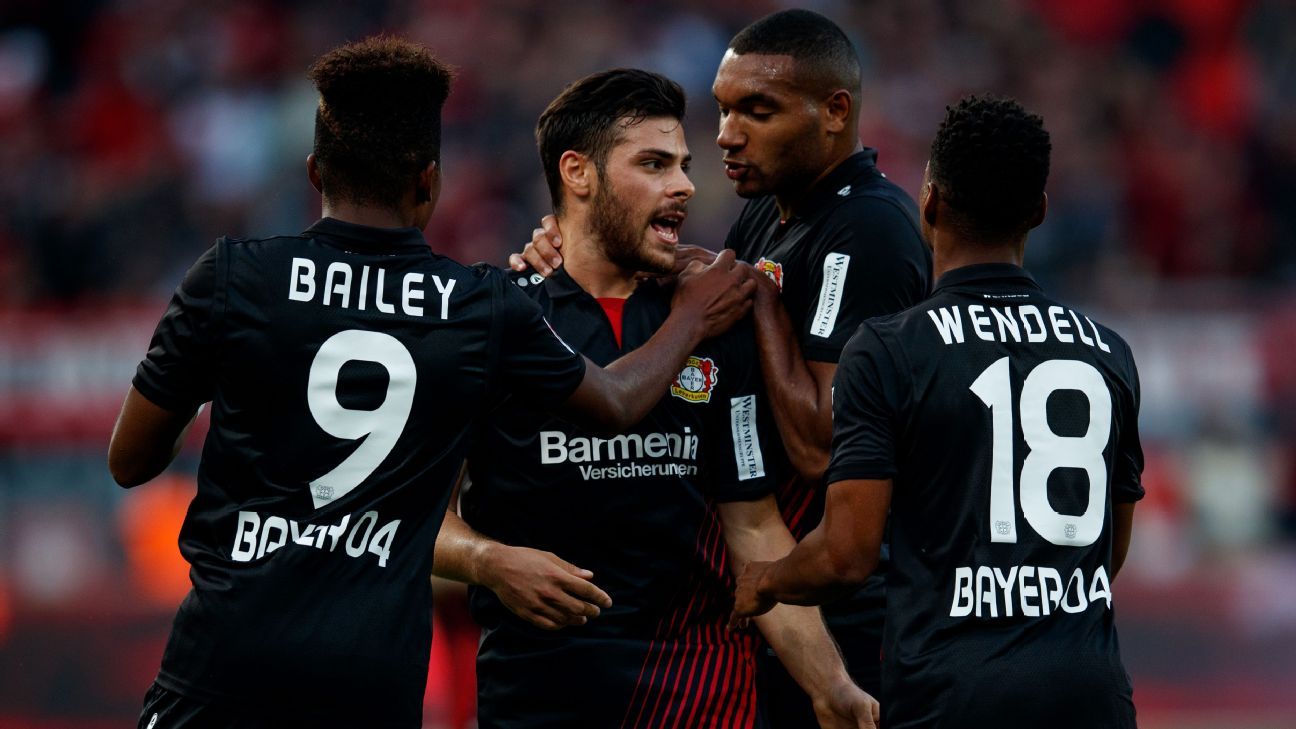 
Kevin Volland scored a brace as Bayer Leverkusen returned to winning ways with a comfortable 3-0 Bundesliga victory over Hamburg at BayArena.

The 25-year-old Germany international opened the scoring midway through the first half as he picked out the bottom corner following Leon Bailey’s headed pass.

Lucas Alario doubled their lead three minutes later — with Bailey again the provider — and Volland completed his double with a close-range effort with seven minutes remaining thanks to Alario’s assist.

The result moves the hosts up five spots to 10th but means a fourth-straight defeat for the visitors, who have dropped a place to 15th.

Cologne collected their first point of the season with a hard-fought goalless Bundesliga draw at Hannover.

The visitors had lost all five of their opening games to make the German top-flight’s worst start since 1962.

They rode their luck, with Salif Sane and Niclas Fullkrug both rattling the crossbar with headers in the first half.

Jhon Cordoba went close for Cologne in the second half but his shot flew narrowly wide.