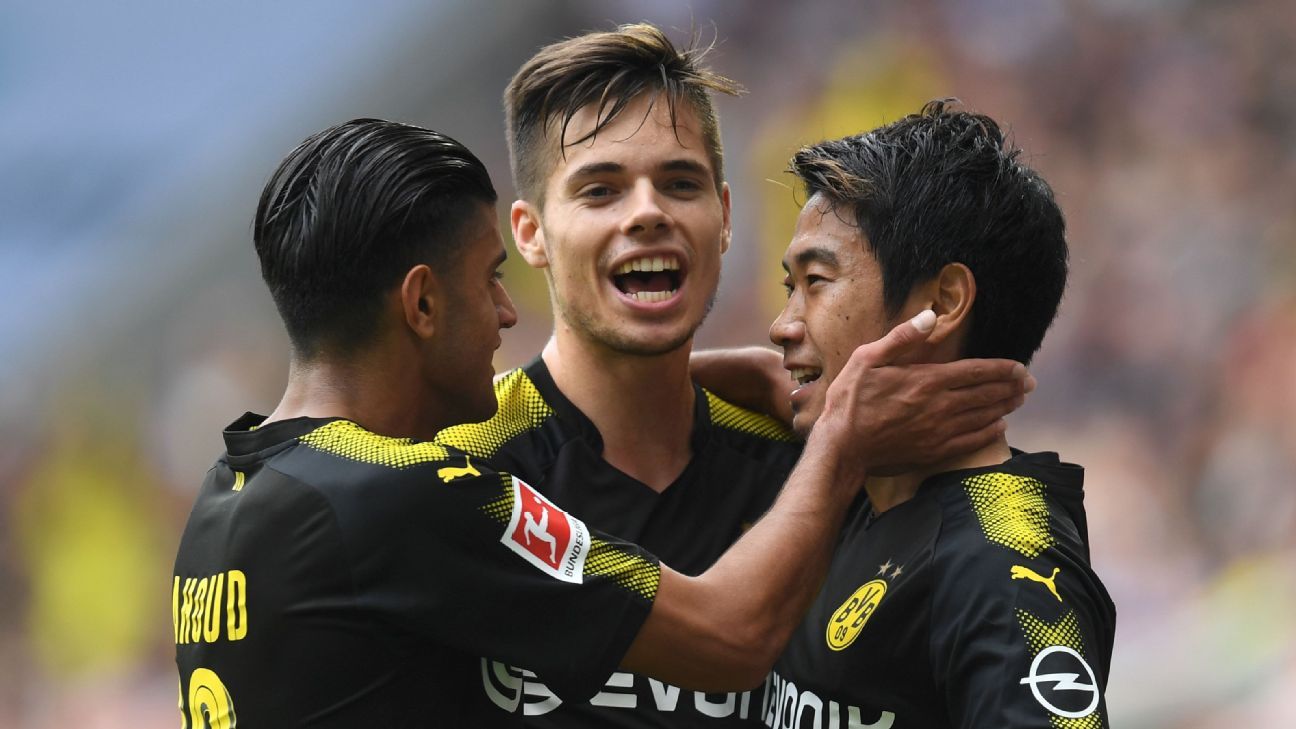 
Borussia Dortmund cemented top spot in the Bundesliga with their fourth successive win, seeing off Augsburg 2-1.

Peter Bosz’s men shook off their 3-1 Champions League home loss to Real Madrid by their stretching their unbeaten start to the league campaign to seven matches.

Brazil forward Caiuby found the net for the hosts, but Augsburg were unable to stop Dortmund extending their fine start to the new term.

Ante Rebic’s second goal in as many games had seen Frankfurt take the lead just before half-time, before substitute Simon Terodde equalised with his first touch for Stuttgart.

Eintracht then had Simon Falette sent off, and had appeared ready to ride out that setback for a point — until Frenchman Haller popped up with the winner.

Thorgan Hazard sunk high-flying Hannover with a penalty in the fourth minute of added time as Borussia Monchengladbach edged to a last-gasp 2-1 win.

Defender Mattias Ginter put Monchengladbach into the lead, before Martin Harnik levelled with his fifth league goal of the season.

But just when Hannover expected to head home with a draw, Hazard settled the contest with almost the game’s final kick.

Liverpool loanee Divock Origi missed a fine chance as Wolfsburg drew 1-1 with Mainz. France midfielder Josuha Guilavogui put Wolfsburg ahead with a powerful header, but Yoshinori Muto later levelled for Mainz with a smart header of his own.

Hosts Wolfsburg held on for the draw despite a late red card for Paul-Georges Ntep.

The local derby between Hamburg and Werder Bremen ended goalless, leaving both sides struggling at the wrong end of the table.

Real Madrid’s Karim Benzema is getting better and making a case to be the best in the world
Cristiano Ronaldo overtakes Lionel Messi as world’s highest-paid soccer player
FIFA’s biennial World Cup proposal may be flawed, but it would address inequality among soccer nations
Man United boosted by Jesse Lingard, David De Gea at West Ham to vindicate Ole Gunnar Solskjaer
New England still on top as Nashville stumbles and Atlanta continues to climb