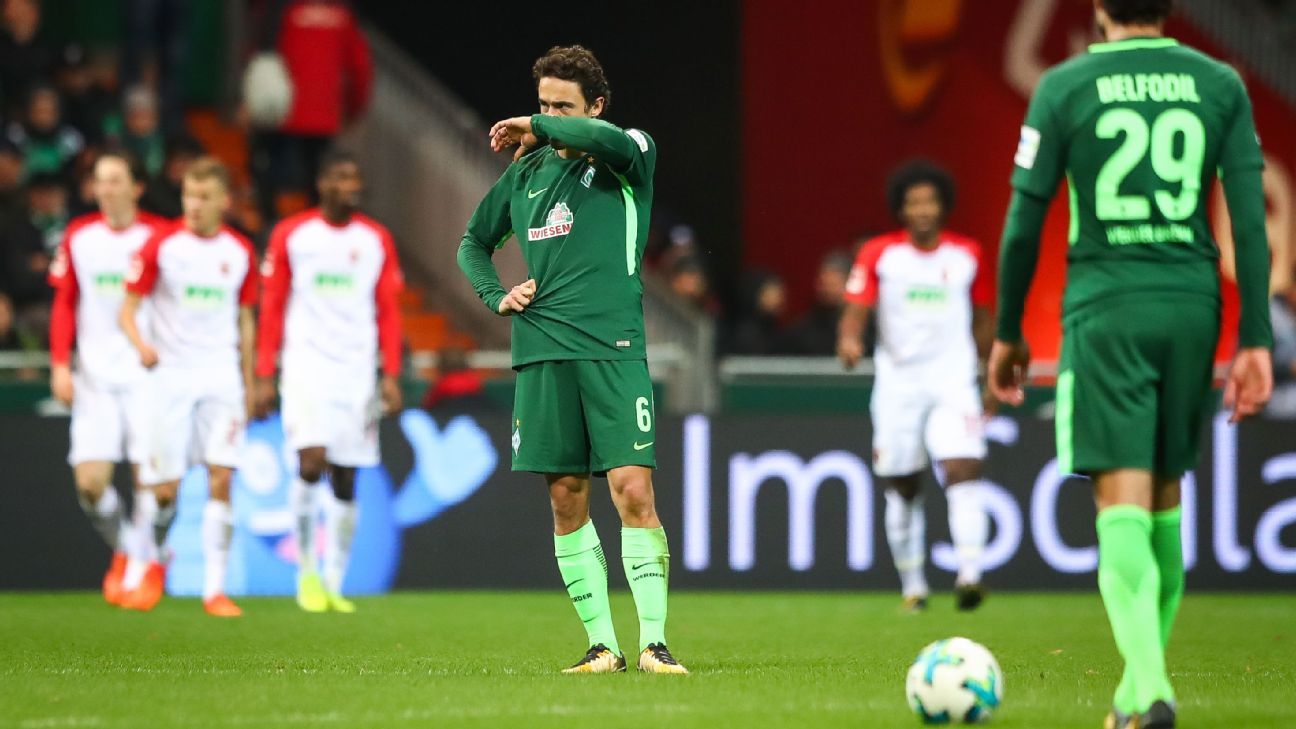 
Werder Bremen remain without a win in the Bundesliga this season after slumping to a 3-0 home defeat to Augsburg.

Michael Gregoritsch headed the visitors in front five minutes before the interval and Alfred Finnbogason doubled their lead in first-half stoppage time, converting a penalty awarded after he was fouled by Niklas Moisander.

Gregoritsch made certain of the three points with his second goal of the game on 61 minutes, finishing off a counter-attack led by Brazilian Caiuby.

Also on Sunday, Stuttgart made the most of an early red card for Caglar Soyuncu as they beat Freiburg 3-0 at home.

The visitors were reduced to 10 men in the 12th minute when defender Soyuncu was dismissed for a handball, with referee Tobias Stieler using the VAR system as he made the decision.

Stuttgart then netted twice just before half time via efforts from Daniel Ginczek and Benjamin Pavard, and Simon Terodde added a third goal with eight minutes remaining.