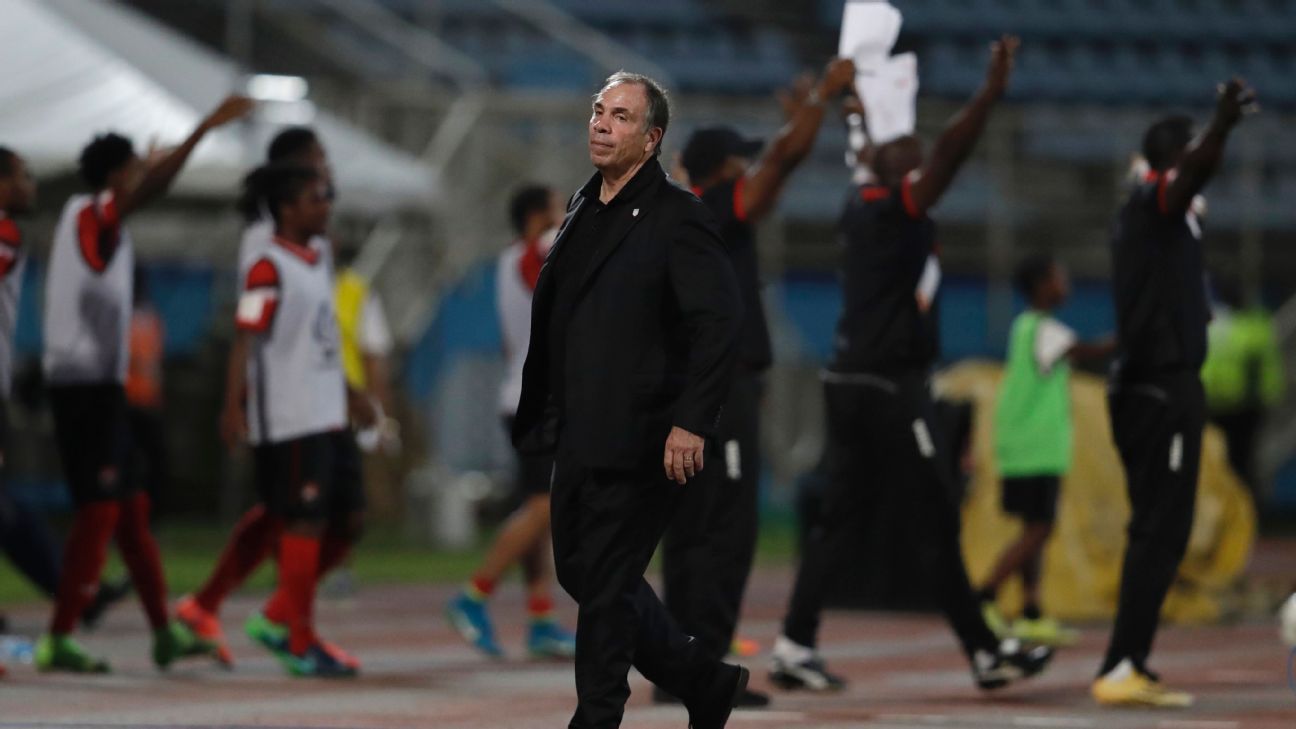 
Admitting that “we didn’t get the job done,” Bruce Arena on Friday resigned from his position as United States manager following the team’s failure to qualify for the 2018 World Cup, while U.S. Soccer president Sunil Gulati has indicated he plans to stay on at his post, and will make a decision about whether he will run for re-election in the coming weeks.

The U.S. finished fifth in CONCACAF’s Hexagonal table after losing 2-1 to Trinidad and Tobago on the region’s final matchday as both Honduras and Panama moved ahead of the Americans in the standings and left the team out of the World Cup for the first time since 1986.

“It is the greatest privilege for any coach to manage their country’s National Team, and as I leave that role today I am honored and grateful to have had that opportunity twice in my career,” Arena, 66, said in a statement.

“When I took the job last November, I knew there was a great challenge ahead, probably more than most people could appreciate. Everyone involved in the program gave everything they had for the last 11 months, and in the end we came up short.

“No excuses. We didn’t get the job done, and I accept responsibility. This certainly is a major setback for the senior Men’s National Team program, and questions rightly should be asked about how we can improve. No doubt this process already has started and will continue so that U.S. Soccer can progress.

“Having said that, it also is important to recognize the tremendous growth and accomplishments we have achieved over the past two decades in all areas, including player development, coaching education and a stable domestic professional league. That work is ongoing, and despite the result in Trinidad the sport is on the right path. By working together, I am confident soccer in this country will continue to grow in the years and decades ahead. Obviously the biggest disappointment is for our fans.

“As a person involved in the sport for more than 40 years, to see how the level of support for soccer in the United States has grown is incredibly gratifying. I believe I speak for everyone involved in the game in thanking all of you for your passion and commitment, and I hope you maintain your steadfast support of U.S. Soccer.

“While this is a difficult moment, I maintain a fierce belief that we are heading in the right direction. I believe in the American player and the American coach, and with our combined efforts the future remains bright.

“I don’t know what the future holds for me, but I can say this from the bottom of my heart: from the high of reaching the Quarterfinal of the 2002 World Cup to the low of a few days ago, I have appreciated every minute of being a part of this program.”

Gulati said a decision on a new coach would be forthcoming in the next week or so, in time for U.S. friendlies in Europe in November. He said that it isn’t just his decision to hire new coach, though he makes final call.

He added that a longer term search for permanent manager would also be undertaken, though he indicated that there was plenty of time for that search to be conducted.

“We don’t need a long-term four-year commitment to a coach by February or March,” said Gulati. “I’m not saying that won’t happen, but it’s not necessary. What we need is someone to guide the team in November, and that’s a much easier decision because it’s a short-term situation.

Gulati also said on a Friday conference call that he didn’t plan to resign as federation president.

Gulati said that he took “full responsibility” for the U.S. team’s failure to qualify. But he did not rule out running for re-election in February.

“I am not resigning because there are a lot of things to do. I am in the middle of a World Cup bid,” he said. “It’s not the right day for me to talk about my personal future plans in terms of the federation presidency.”

When pressed, however, Gulati admitted that he would make a decision in the coming weeks, and that he had reached out to delegates in order to obtain the necessary three nominations in order to run.

Gulati stated that he should be re-elected because of “where the sport is now, and the role I played in it, and the role I think I can play going forward if I choose to run. Plus we have the World Cup bid. The sport is in very different place than it was 10 years or 30 years ago when I first got involved. So it’s all of that.”

He said the U.S. will play at least one and possibly two games — likely to be in Europe — during the next international window in November, and that he will name an interim coach in the next 7-10 days to oversee those matches. While Gulati didn’t name anyone in particular, U.S. U-20 manager and youth technical director Tab Ramos is widely expected to take over temporarily.

Gulati promised every aspect of the U.S. program will be looked at going forward.

“[Examining the program] is something we do after every major competition whether we have been successful or not successful, or not lived up to what we had hoped,” said Gulati. “This will obviously be a much deeper dive given that we haven’t qualified for the first time in 28 years.

Gulati said the USSF will “take our time with that” and will probably get some “external help” so as to not be insular in how they look at things.

Arena took over the reins of the national team for the second time in his career on Nov. 22, 2016, after U.S. Soccer parted ways with his predecessor Jurgen Klinsmann.

The U.S. had lost its first two Hex qualifiers to start the campaign under Klinsmann — at home to Mexico and away to Costa Rica — before Arena was brought in to right the ship and ensure qualification for Russia 2018.

Needing just a single point to qualify on Tuesday, the U.S. was beaten in Trinidad — while Honduras beat Mexico and Panama scored a last-gasp winner against Costa Rica — and Arena accepted responsibility for the loss after the match, while saying that he and the team had failed.

The former LA Galaxy manager oversaw the team at the 2002 and 2006 World Cups, leading the U.S. to its best-ever finish at the former before losing to Germany in the quarterfinals.

Arena departs with an all-time record of 81-32-35. After picking up the reins following the first two losses in the final round of qualifying, he collected a 10-2-6 record in 2017.

With the victory in the 2017 CONCACAF Gold Cup, Arena is the only head coach to claim the Gold Cup title on three occasions, previously guiding the USA to crowns in 2002 and 2005.