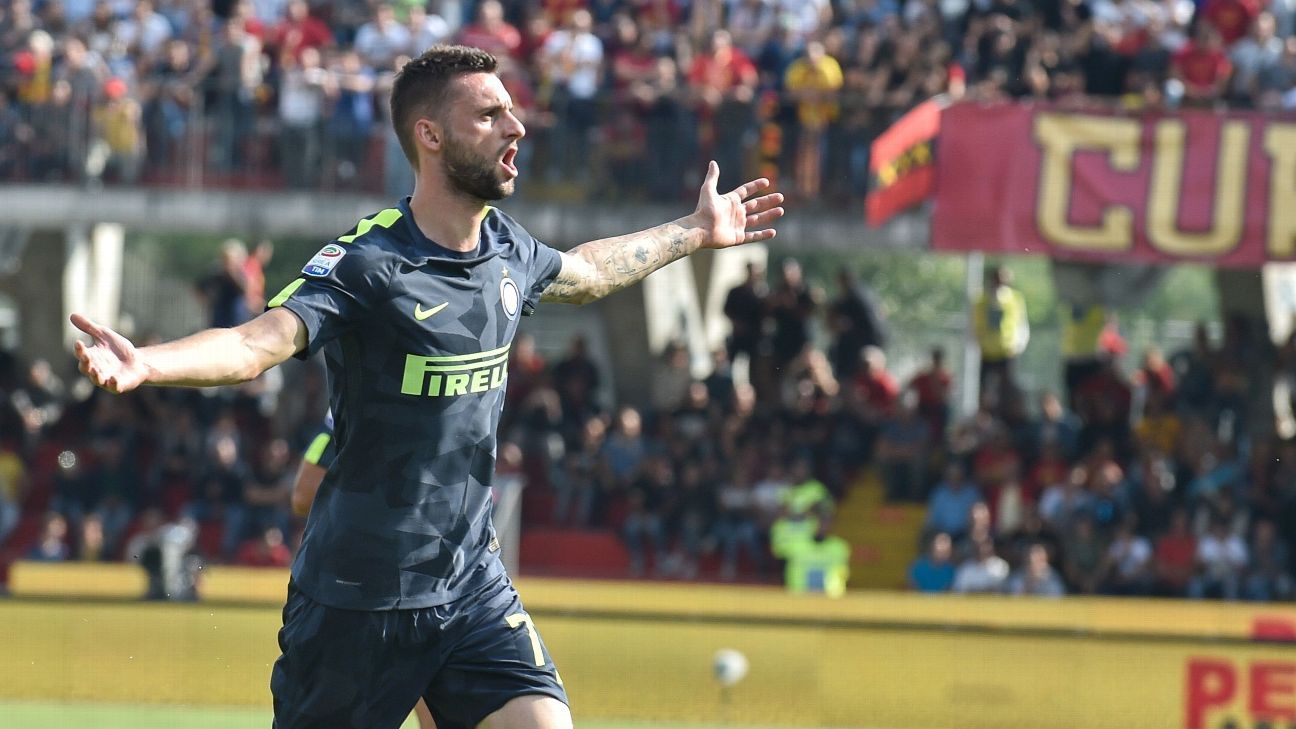 
Internazionale overcame Benevento 2-1 in another uncertain performance. The Nerazzurri had the early running, Marcelo Brozovic scoring a sensational brace from the 19th to the 22nd minutes, running onto an Antonio Candreva cross and firing in a wonderful free kick. Inter would have other chances, but relaxed to the point that the Witches were able to hit the bar, then pull one back through Marco D’Alessandro.

The Campanian side would see a second-half header hit the post, but Inter held their lead for the last half hour, but would have needed a coup de grace to feel safe.

The Nerazzurri held on to get the win and have 19 points out of 21, yet for some reason certain papers are attaching more importance to the performance. This is Italy, people. Style can be improved, but putting the game to sleep in the last half hour is something that should be lauded.

Antonio Candreva certainly bounced back, and we’re beginning to see how good he can be playing in the middle. Was it a question of his needing time, or just the occasional good game? Here’s hoping the latter isn’t true of Brozovic. The central defenders were able to make key tackles, too.

Inter tried to immediately kill the tempo in the first half, and it backfired. Mauro Icardi has struggled for a while now.

Nobody has let Benevento play this well yet. Inter look very exposed on the counter, and it doesn’t seem to take much to crack them open if the defenders keep having to make big tackles and five or six men are packed outside the opposition box when possession is lost.

The full-backs have gone back to being bullied too easily. Borja Valero is looking more like an over-the-hill Juan Veron with every game. The goal was conceded in a five-on-two scenario. Inter had the five! The crossfield balls are a catastrophe at the moment, and the counters are sluggish.

7 — Something is cooking here. Inter were able to carve out spaces better by getting their men to switch positions. This may explain Luciano Spalletti’s decision to play this kind of possession football against a questionable early slate — Inter may as well take risks now. Will they be more pragmatic against Milan?

DF Danilo D’Ambrosio, 5 — Back to the usual paucity in attack, and tended to struggle against D’Alessandro

DF Milan Skriniar, 6 — Had a role in the Benevento goal, where he should have pushed up. Made some big tackles in the second half, even barging an opponent off the ball at one stage. Tried a neat one-two outside the box in the first half.

DF Joao Miranda, 7 — Looked a lot more authoritative in the second half. Finally back to his old levels?

DF Yuto Nagatomo 5 — Much like D’Ambrosio, he’s reverted to old form. Got himself into a couple of useful positions going forward. Wasted one with a foul throw, the kind of stuff you see happen in a Sunday League game.

MF Matias Vecino, 7 — Was always trying to get something going. Almost found Icardi with a promising through ball. All the balls are going through his feet.

MF Borja Valero, 5 — Isn’t doing much running, and isn’t as involved in the play as one would wish. Were Fiorentina right to give him away on the cheap?

MF Marcelo Brozovic, 8 — Did an Icardi by killing the game with two sensational efforts. Was constantly trying to run onto the dropping man from attacking trio. Could have been more careful in marking for the Benevento goal.

MF Antonio Candreva, 7 — A great comeback. There were moments when he could do no wrong. Finally managing those sensational early crosses to Icardi. Drifted inwards and to the left beautifully.

MF Ivan Perisic, 5 — Woke up in the final half hour. Was very profligate beforehand, and frustratingly kept being caught offside.

FW Mauro Icardi, 5 — Wasted two good situations at what he is supposed to be good at, including a turn near the penalty area. Worked hard and dropped deep more, but is still learning that. Some progress.

MF Joao Mario, 5 — We backed him to start on the right. On the basis of this tame showing, it’s Candreva all the way.

MF Dalbert Henrique, N/R — A couple of flourishes. Real news is that Nagatomo is being picked ahead of him. There must be a reason.