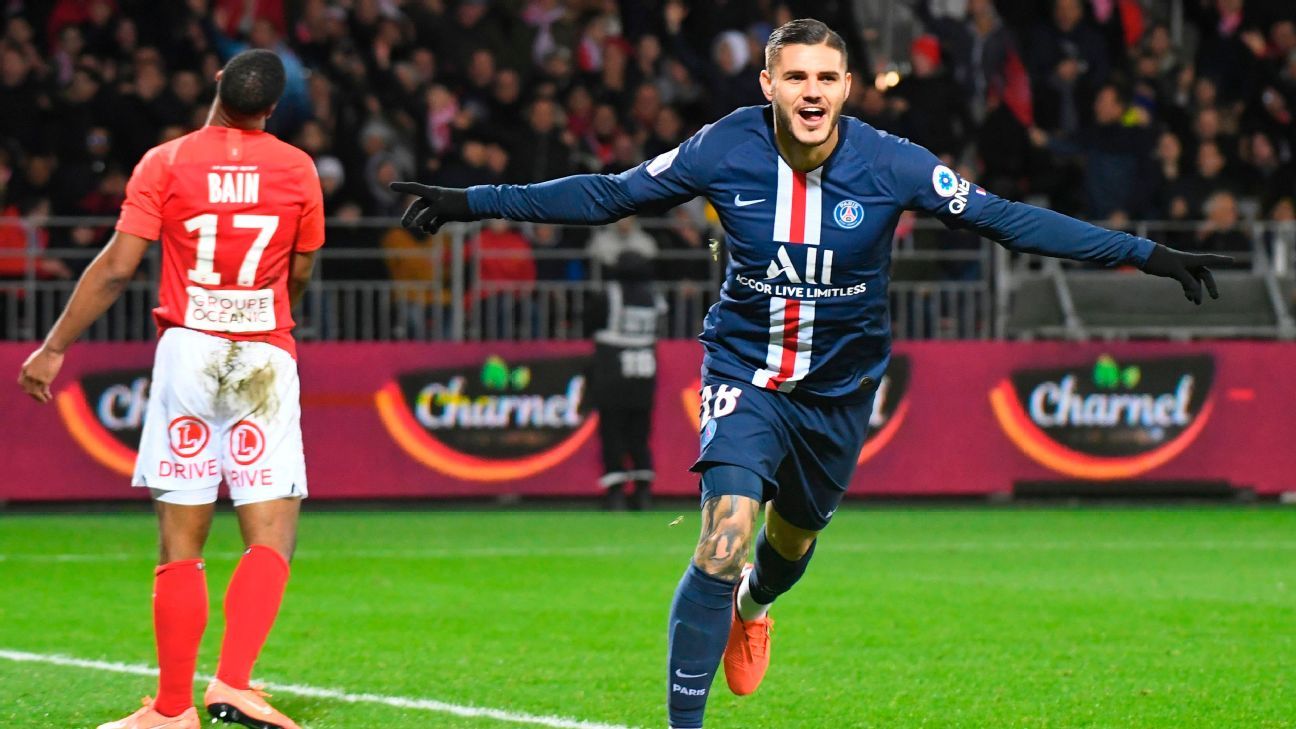 
Mauro Icardi struck a late goal five minutes after coming on as a substitute to give Paris St Germain a 2-1 Ligue 1 win at Brest in windy conditions on Saturday as they bounced back from their loss to Dijon.

The Argentine forward, on loan from Inter Milan, was quickest to react as Brest failed to clear the ball and scored with a shot into the top corner in the 85th minute for his ninth goal in 10 games in all competitions for PSG.

The win lifted the leaders and champions up to 30 points from 13 games, nine ahead of Angers who drew 0-0 at Reims in a later game. They are followed by five teams on 19 points — Lille, Girondins de Bordeaux, Nantes, Reims and Olympique de Marseille.

“It was not easy with the wind against us in the first period, we lacked precision and we made mistakes,” said PSG coach Thomas Tuchel.

“We controlled the second half, it was easier with the wind in our backs but we gave them an opportunity and they scored. We reacted well and we continued to play.”

PSG goalkeeper Sergio Rico turned away a curling effort from Mathias Autret and had a lucky escape when he sent a clearance straight to Yoann Court whose first-time shot bounced wide of the post.

Court missed another chance by sending his shot into the side-netting.

PSG made the most of their luck by taking the lead in the 39th minute although they had VAR to thank.

Julien Draxler’s through ball found Angel Di Maria who sped away from his marker and dinked the ball over Gautier Larsonneur, the linesman raised his flag but the decision was overturned two minutes later by VAR and the goal awarded.

Rico made another good save in the second half to deny Romain Perraud before substitute Samuel Grandsir scored a deserved equaliser for Brest as PSG were caught on the break.

Tuchel threw on three substitutes in the 80th minute, with Icardi replacing out-of-sorts Edinson Cavani, and was quickly rewarded.

“It was not easy for Edi (Cavani) because he lacks a bit of rhythm. He has to manage the competition with Icardi who is full of confidence,” said Tuchel.

Angers held on for a point at Reims despite having Angelo Fulgini sent off for a second bookable offence with 20 minutes left. The match between Lille and Metz also ended goalless.