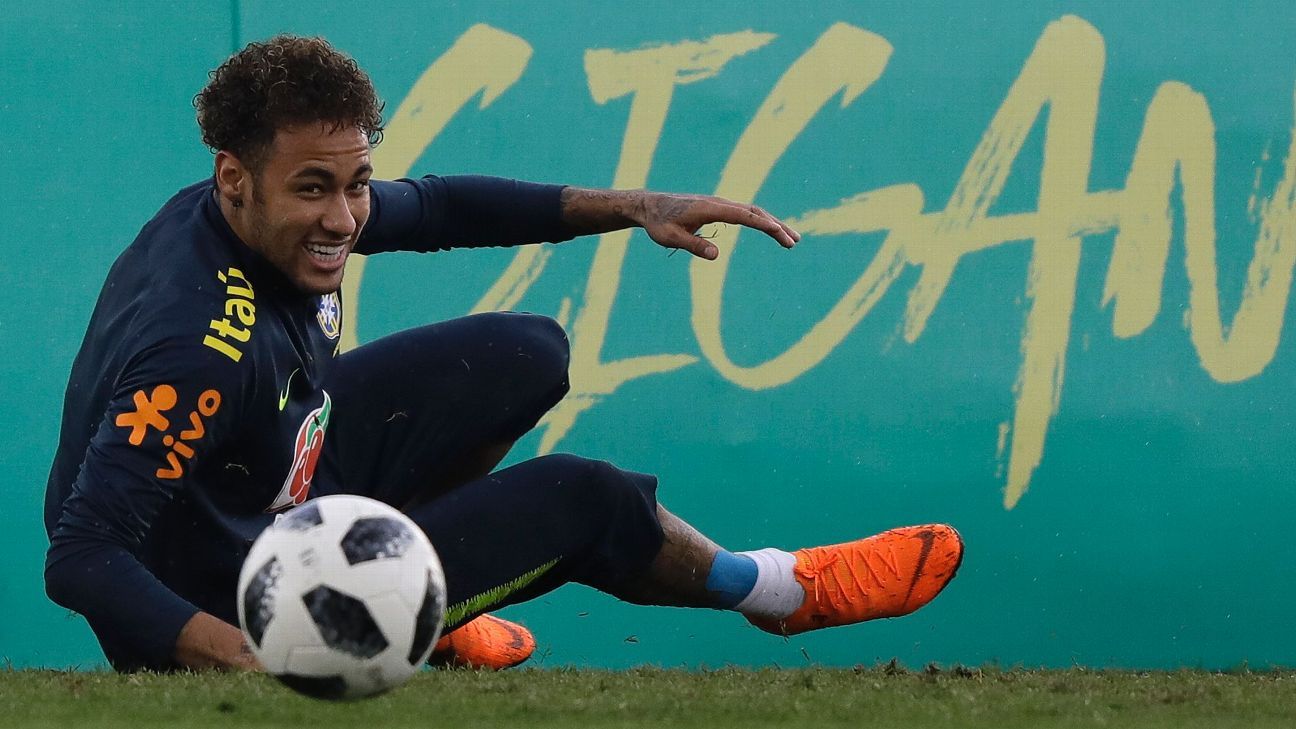 
RIO DE JANEIRO — Neymar has called recent rumours linking him to Real Madrid “nonsense,” while also admitting on Sunday he is not 100 percent in shape after a week’s training with Brazil in their World Cup preparations.

Neymar, who joined Paris Saint-Germain from Barcelona for a world record fee of €222 million last summer, has been consistently linked with a move to the Bernabeu this summer. However, he refuted the speculation when asked on Sunday.

“My focus is Brazil, people are talking nonsense and that is not worth answering,” Neymar told journalists at Brazil’s football confederation headquarters in Rio de Janeiro.

On his recovery from a foot injury suffered in February, the former Brazil captain added that he still feels discomfort but believes he will be better for the tournament in Russia, which begins June 14.

“Physically I am well, my foot is fine. I am adapting to a few things. I still feel some discomfort, but it is not something that will trouble me,” the 26-year-old said.

Asked how well he was feeling now, Neymar answered: “Not 100 percent yet. But that comes with time. It is normal that I have this fear of making complete movements. Let’s take it easy, there are still many days until the [World Cup] opener and I will be 100 percent then.”

Neymar has not played a match since the injury but hopes to be on the pitch again in Brazil’s friendly against Croatia on June 3 in Liverpool.

“I am ready to play, there is nothing that can stop me,” he said. “What I feel today is this fear because I am coming back now.”

The Brazilian was forced to leave the 2014 World Cup with a vertebral fracture in the 2-1 victory against Colombia in the quarterfinals.

“I hope that dream is not interrupted once more and that it is consolidated with a title for us,” Neymar said.

During the week in the Granja Comary training camp in Teresopolis, outside Rio, Neymar continued his recovery — dribbling and passing at high speed.

Members of Brazil’s coaching staff have tried to reduce pressure on the star by saying it would take time until he delivered his best performances.

Champions League winners Casemiro and Marcelo of Real Madrid and runner-up Roberto Firmino of Liverpool will join the group on Wednesday.

The Brazilian squad is set to arrive at Stansted Airport in England on Monday morning and head straight to Tottenham’s training ground in the north of the city. The team will set up camp there until June 8.