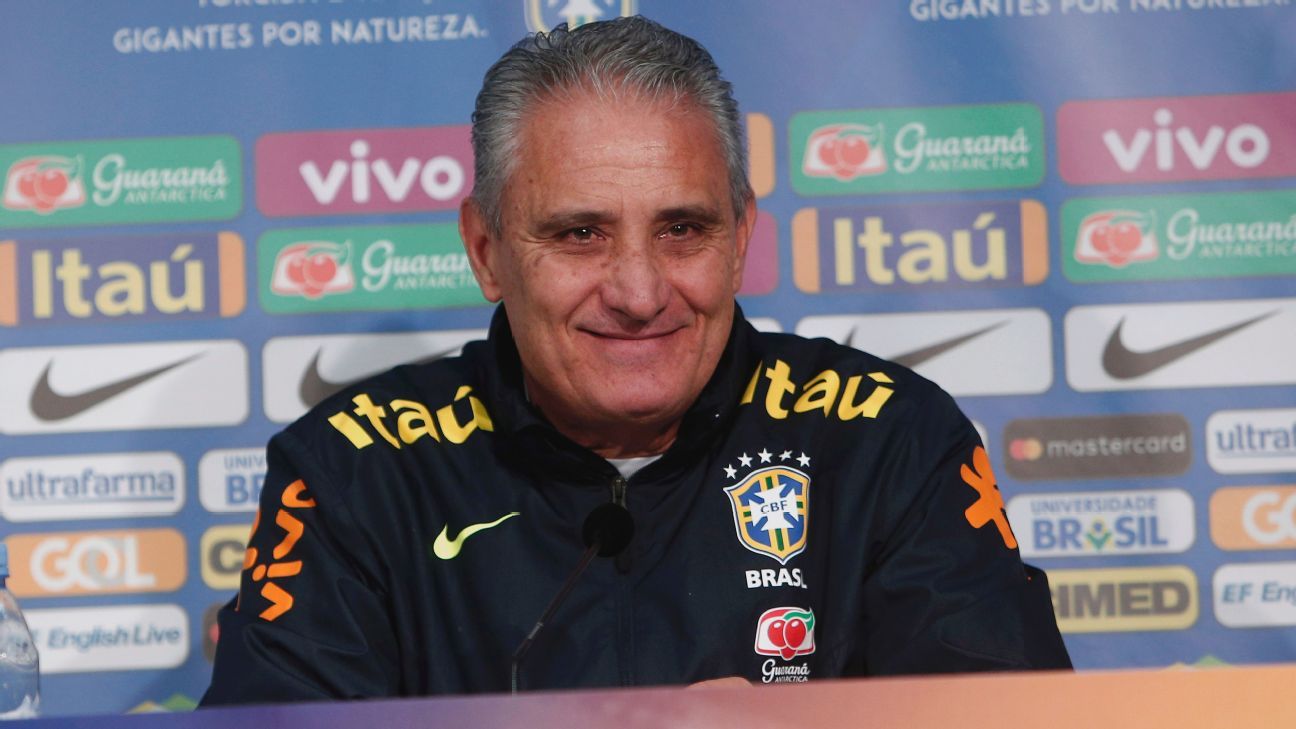 
Brazil boss Tite has slammed a report in Brazilian media linking him to the vacant Real Madrid job, calling the story a “lie” and saying on Saturday the story was unworthy of his respect.

Tite has been a revelation since taking over the Selecao from previous boss Dunga back in June of 2016. The former Copa Libertadores and Club World Cup winner lifted a flagging Brazil from sixth in World Cup qualifying to finishing 10 points clear atop the CONMEBOL table, making them one of the hot favourites to lift a record sixth title in Russia.

The former Corinthians coach is in Austria for Brazil’s final World Cup warmup on Sunday. And when asked about the report of Real’s desire to hire him, the 57-year-old shot back, guaranteeing there has been no contact with him or his agent, Gilmar Veloz.

“When it is an opinion, it deserves my respect; posted as a quote, it’s a lie,” Tite said. “The attitude is disrespectful and untrue. I haven’t had contact with anyone, Gilmar Veloz — my friend — hasn’t spoken with anyone, and I have great respect for the position I’m in, the job that I have.

“Be very careful, this person, this reporter, he was — in his information — a liar.”

Tite added: “I am in the best place in football, where everyone wants to be. And don’t come to me saying I’m being politically correct.”

Brazil managers have always had no shortage of star talent to work with and this year proves no different. Reserve midfielder Fred recently agreed a deal to join Manchester United in hopes of sparking what was a disappointing unit last season.

Asked about players in the World Cup team negotiating their club futures, Tite said: “With the players and clubs, there’s a lot of interests, and [Brazil national team coordinator] Edu [Gaspar] is accompanying.

“We are trying to accelerate the process, Fred went there [to Manchester] and signed. He looked at the forms, and I said: ‘Go ahead, man.'”

While Fred is expected to miss Brazil’s friendly with Austria, Tite is set to unleash his squad’s full attacking might against the Europeans as the feared quartet of Neymar, Willian, Philippe Coutinho and Gabriel Jesus will start together for the first time.

The foursome were all included for the match at the Ernst Happel stadium. Many feel the four would form the ideal attacking lineup at the World Cup but, for one reason or another, they have only played around 60 minutes together, split between three matches.

Tite, however, did not promise that Sunday’s team would be the one that starts the tournament in Russia.

“I don’t know if I can say that this will be the team at the start of the World Cup,” he said. “The match [against Austria] and the performance will decide that.”

Neymar, the world’s most expensive player, will start a game for the first time since he fractured a metatarsal and sprained his ankle playing for Paris St Germain in a French league match against Olympique de Marseille on Feb. 25.

The 26-year-old made his comeback last Sunday when he scored in the 2-0 friendly win over Croatia after coming on in the second half.

“We are following his progress in training, in matches and keeping an eye on his level of confidence,” said Tite.

“I’ve told him not to pull out of tackles, and not to stop competing because the best way to recover his rhythm is with tough and high-quality training.”

Brazil have lost only one game out of 20 since Tite was appointed in June 2016 and have regained their confidence which was shattered by the 7-1 semifinal defeat to Germany at the last World Cup.

Tite said Sunday’s match against Austria, who failed to qualify for the World Cup but are unbeaten in eight games, would be a “real challenge.”

“Emotionally, it’s probably the most difficult one to play,” he said. “It’s one week before the start of the World Cup, there’s the matter of performing well, a risk of injury, a loss on confidence.”