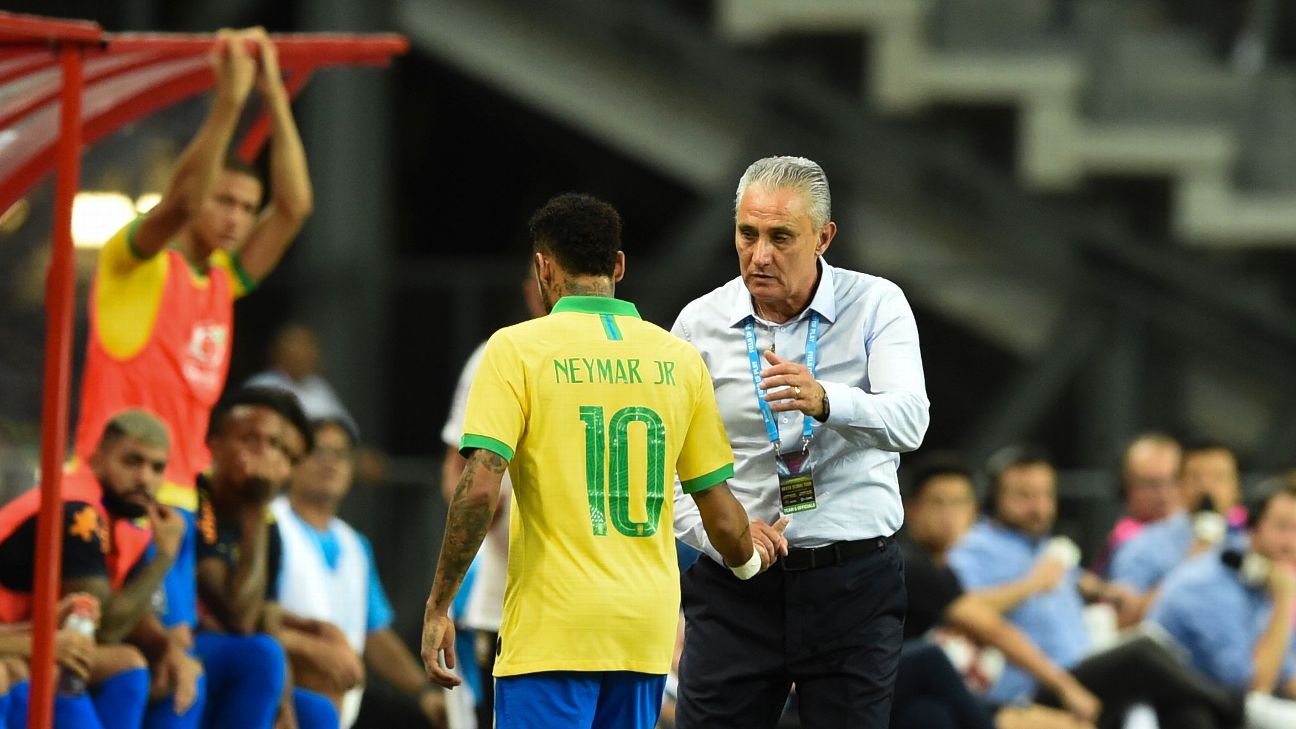 Brazil national team coach Tite defended his use of Neymar in the squad’s 1-1 friendly draw against Nigeria in which the Paris Saint-Germain star limped off after 12 minutes with an injury.

The latest medical setback for Neymar is the third he has suffered while on national team duty in the last year, and comes as he was gaining his club form with PSG.

When asked about Neymar’s injury after the match in Singapore on Sunday, Tite said his No. 10 was “not at all” an injury risk.

“It would be irresponsible and incompetent of me [to play him if he was a doubt],” Tite said. “I would have to receive the complaints of the coach and the president of PSG if that happened.”

Neymar, who made his 101st appearance for the national team, touched the back of his left thigh as he left the pitch and was replaced by Philippe Coutinho.

A team spokesman said Neymar “felt discomfort” and would be examined by PSG doctors once he was back in France.

Globoesporte.com cited the Brazilian team doctor as saying the player was not in pain.

Neymar was at the centre of an acriminous transfer saga with PSG and former club Barcelona this summer, which led to tensions with the player, the French champions’ front office, and their supporters.

He has scored four times in five league matches as PSG entered the international break atop the Ligue 1 table.

The draw extended Brazil’s winless run to four games. Since lifting the Copa America in July, Brazil have also drawn with Colombia and Senegal and lost to Peru.