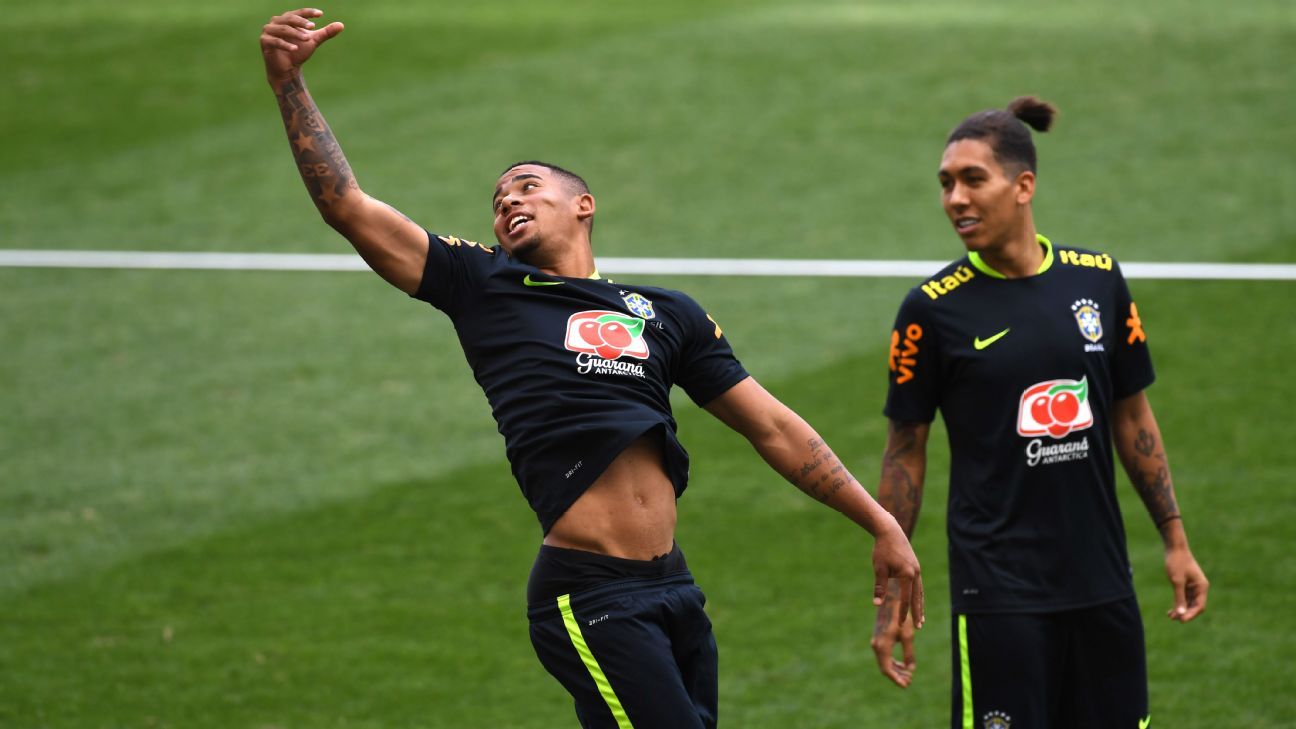 Firmino enjoyed a breakout season for Liverpool in 2017-18, reaching a career high in goals (27) in 53 matches thus far. However, Jesus, who Brazil boss Tite has said will enter World Cup camp as the starting No. 9, saw his campaign hindered by injuries, which has opened the debate in the Brazilian media over who should be the Selecao‘s first choice this summer.

Guardiola has coached Jesus since the 21-year-old moved to the Etihad from Palmeiras in January 2017, but told ESPN Brazil that the national team is lucky to have both players to choose from.

Asked how he viewed the Jesus-versus-Firmino situation, Guardiola said: “It’s Tite’s problem, not mine. But it’s a debate.

“Lucky for Brazil that they have two incredible strikers.”

Jesus has scored nine goals in 15 appearances for his country, which included a number of stunning performances in crucial World Cup qualifiers this term as well as the lone goal in a friendly defeat of Germany in Berlin back in March. Firmino, meanwhile, has scored just five goals in 18 chances with the Selecao, and only once on Tite’s watch.

Guardiola added:  “Gabriel has an energy, his desire is contagious, his movement … I think that this will calm down with age. Firmino is older, has already played in other places.

“I think Gabriel never will lose the energy and it’s wonderful in solidarity with his quality, but with time he’ll be a wiser player, he’ll understand when to make that movement and another.

“Firmino is an older player, with impressive quality, I met him at Hoffenheim. He’s a player who knows how to play, is a goalscorer like Gabriel. [Brazil] have two fantastic strikers.”

Liverpool to play Champions League clash with FC Midtjylland in Denmark
Man United’s Solskjaer demonstrates, once again, he lacks the judgment and foresight to succeed at the highest level
Barcelona 5-0 Real Madrid, 2010: Where are they now?
PSG facing one of the world’s greatest challenges at Old Trafford
Dembele 9/10, Griezmann 8/10 as Messi-less Barcelona rout Ferencvaros