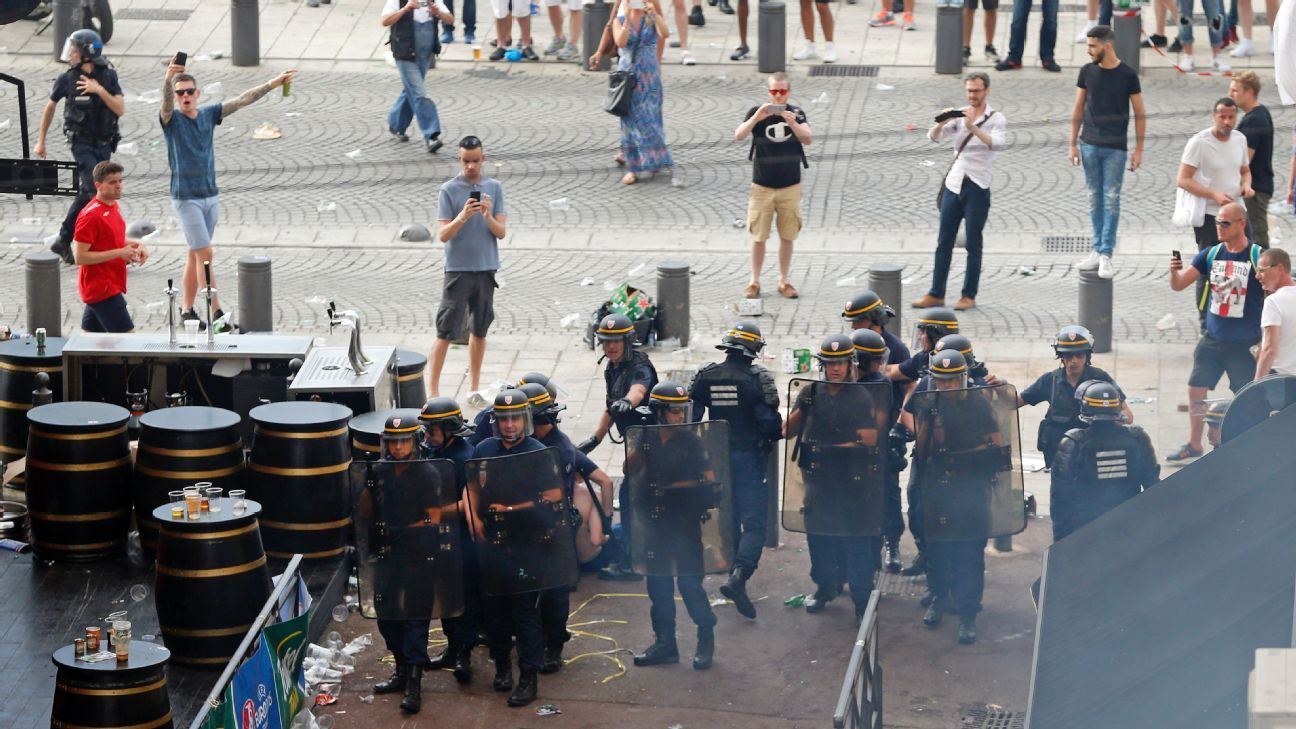 
A boxing tournament for football fans during the 2018 World Cup in Russia is being planned in a bid to combat hooliganism at the tournament.

Former Russian and European boxing champion Vladimir Nosov is organising the tournament in order to avoid scenes like those witnessed during last summer’s European Championship in France, when Russian fans clashed with England supporters on the streets of Marseille before and after the group-stage match between the two sides and even inside the Stade Velodrome during the match itself.

Nosov — now working as a coordinator at the Social Orthodox movement Sorok Sorokov, which aims to promote Christian values in Russia and build more churches — is confident it will only bring joy and turn fans’ aggression in a peaceful direction.

“There’s too much violence and danger on the streets during major football tournaments,” Nosov told ESPN FC. “Just take Marseille for example. We have to make sure nothing like that happens in Russia.

“I believe our international boxing tournament will be a good way to take the aggression away from the streets and move it onto the boxing ring.”

For the past few years, Nosov has been promoting a healthy lifestyle through the Sorok Sorokov program Orthodoxy and Sport, appealing to the youth to eschew alcohol and drugs, and organising various physical activity events like wall-to-wall fist fighting, wrestling and boxing tournaments. Similar events have been characterised as football hooligan activity in some UK media reports in recent months.

“It has nothing to do with hooliganism,” Nosov added. “It’s tradition, a way of life. After each fight, we hug each other, gather together, have a friendly chat and drink tea.

“What I want is for any fan, hooligan or ultra, who likes to show how bad he is on a street, to come and show what he’s worth on the real ring. Instead of destroying pubs and restaurants and disturbing people, step into the ring and prove what you can do in a fair fight against fellow fans from all over the world.

“Everything will be fair, we’ll have regulations, different weight classes, and referees — all that is needed to stage a real tournament. Of course, it’s not for professional boxers, but I know there are a lot of good amateurs in Britain, Italy, South America, so it has to be a great event which will attract interest in every part of the world.”

The tournament — for which a venue is yet to be confirmed — is highly unlikely to get recognition and the official blessing of FIFA, but in Russia, it has even been backed in Kremlin.

“Russia would be a pioneer in a new sport,” Igor Lebedev, who serves as a deputy speaker of the State Duma, wrote earlier this year in an article headlined “Want to take hooligans away from the streets? Give them a ring!” on his personal website.

“Fights between fan groups from different countries could draw huge crowds in attendance.”

The 2018 World Cup will take place from June 14 to July 15 across 11 Russian cities. The registration for the boxing tournament is planned to open closer to the turn of the year.

Artur Petrosyan is a Russian journalist based in Moscow. Twitter: @arturpetrosyan