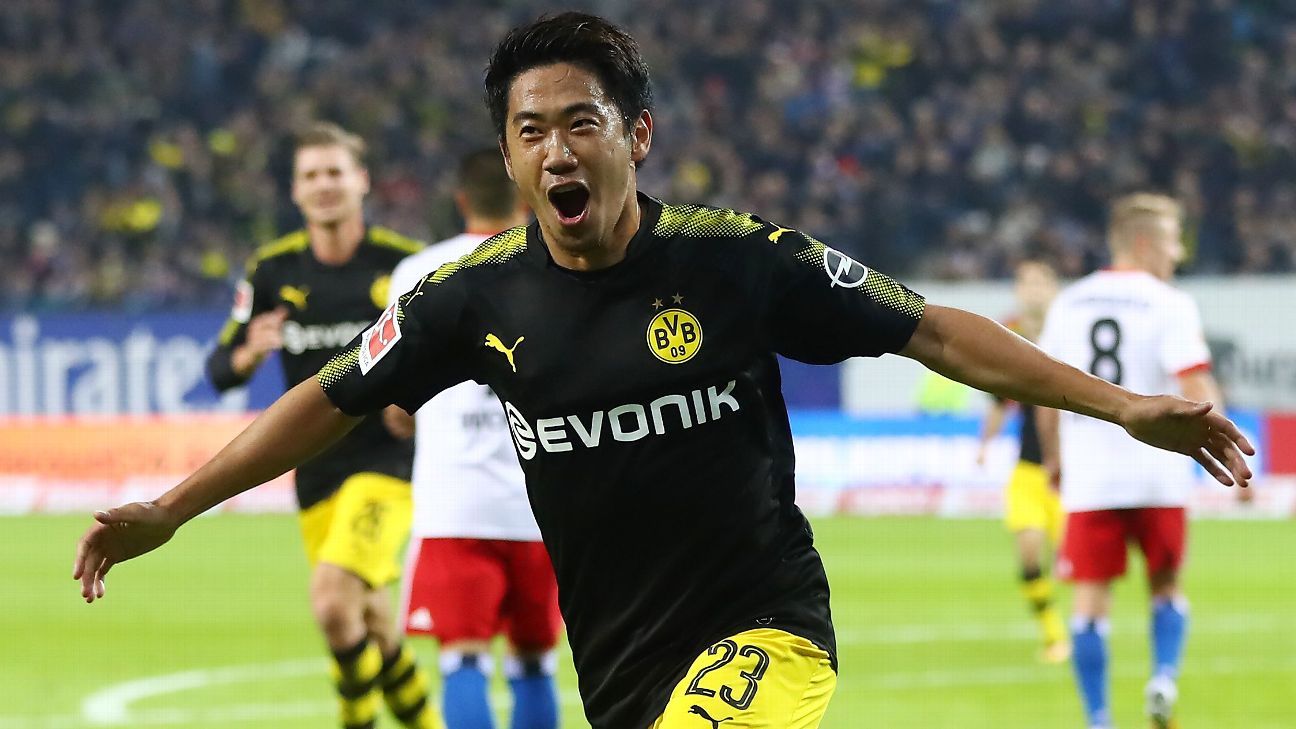 Kagawa, 28, a teammate of Mata’s at Manchester United in 2014, has become the 18th footballer to pledge at least one percent of his wage to charity.

Sources have told ESPN FC another 12 players have already expressed an interest in donating part of their salary to help football-based projects around the world.

Kagawa said: “I’m really excited to announce to you today that I’ve joined Juan Mata on the Common Goal team.

“Football has given me so many opportunities in life and now I want to play my role in supporting others through the game. Common Goal is quickly growing around the world and I’m proud to help lead the movement forward in Japan.

“I’ve been fortunate enough to have football lead me all over the world — Japan, England, South Africa, Brazil and of course Germany, to name just a few countries. If there’s one constant I’ve witnessed throughout the journey it has to be passion.

“Football inspires and excites people like nothing else on the planet, and what I love about Common Goal is that it channels this passion in a way that makes a real difference to disadvantaged communities around the world.”

Mata added: “Shinji knows a thing or two about being first. He was the first player from Japan to play at Manchester United and then the first to win the Premier League.

“So I think it’s fitting that he’s now the first to join Common Goal as well. I know first-hand that Shinji is a special footballer and a brilliant person. It’s a great pleasure for me to welcome him to the team today.”