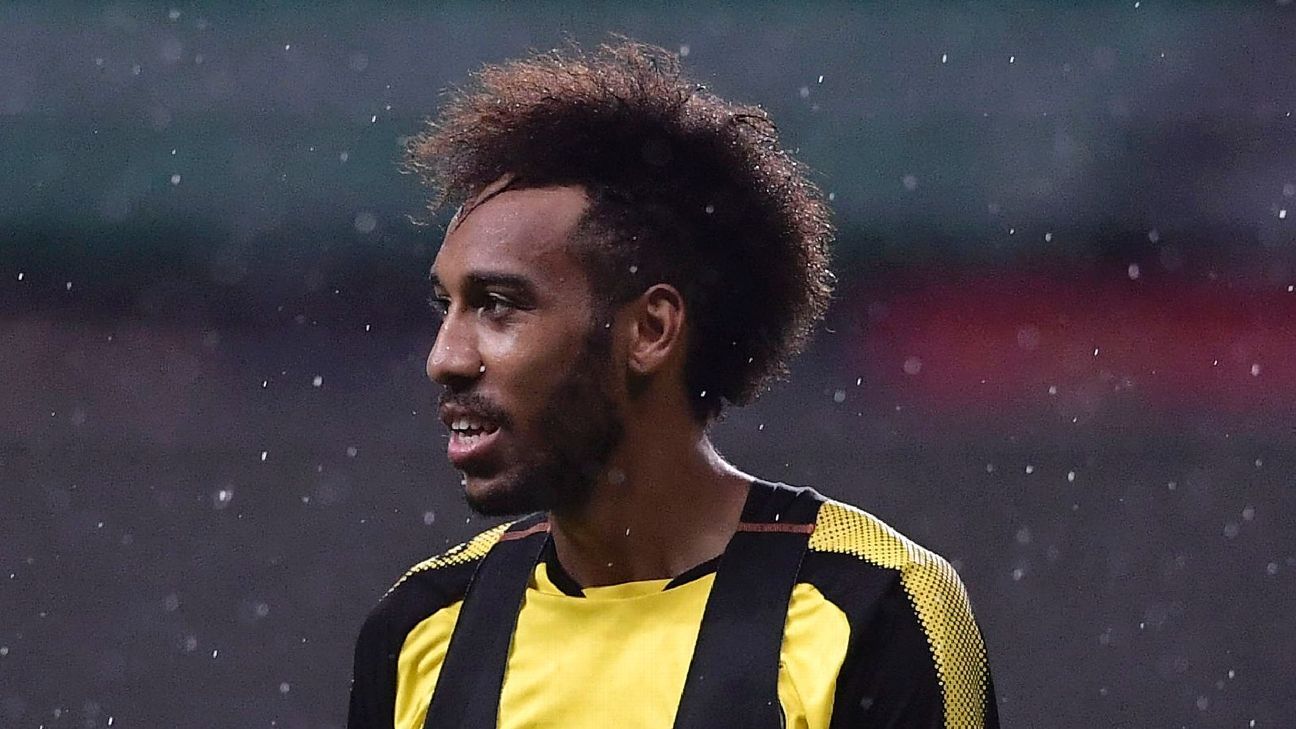 
Borussia Dortmund striker Pierre-Emerick Aubameyang has said he would welcome the opportunity to return to AC Milan but claimed the club have not been active in pursuing him.

Aubameyang, 28, has been heavily linked with a move to the club where he began his career this summer, but in a recent interview appeared to end speculation about his future by saying he would stay with Dortmund for now.

However, when asked by a Milan fan in an Instagram chat whether he would come back to the San Siro, Aubameyang said: “I want to [return], but they [Milan] are sleeping. What am I supposed to do?”

Dortmund said on Sunday that Aubameyang, who scored a hat trick in Saturday’s DFB Pokal win against FC Rielasingen-Arlen, was missing from training “because of a slight cold.”

The club had said last month that Milan showed them a lack of respect in their pursuit of Aubameyang and that they no longer have any intention of allowing him to leave.

The Gabon international came through Milan’s academy but left in December 2011 to join St. Etienne, following spells on loan with Dijon, Lille and Monaco.