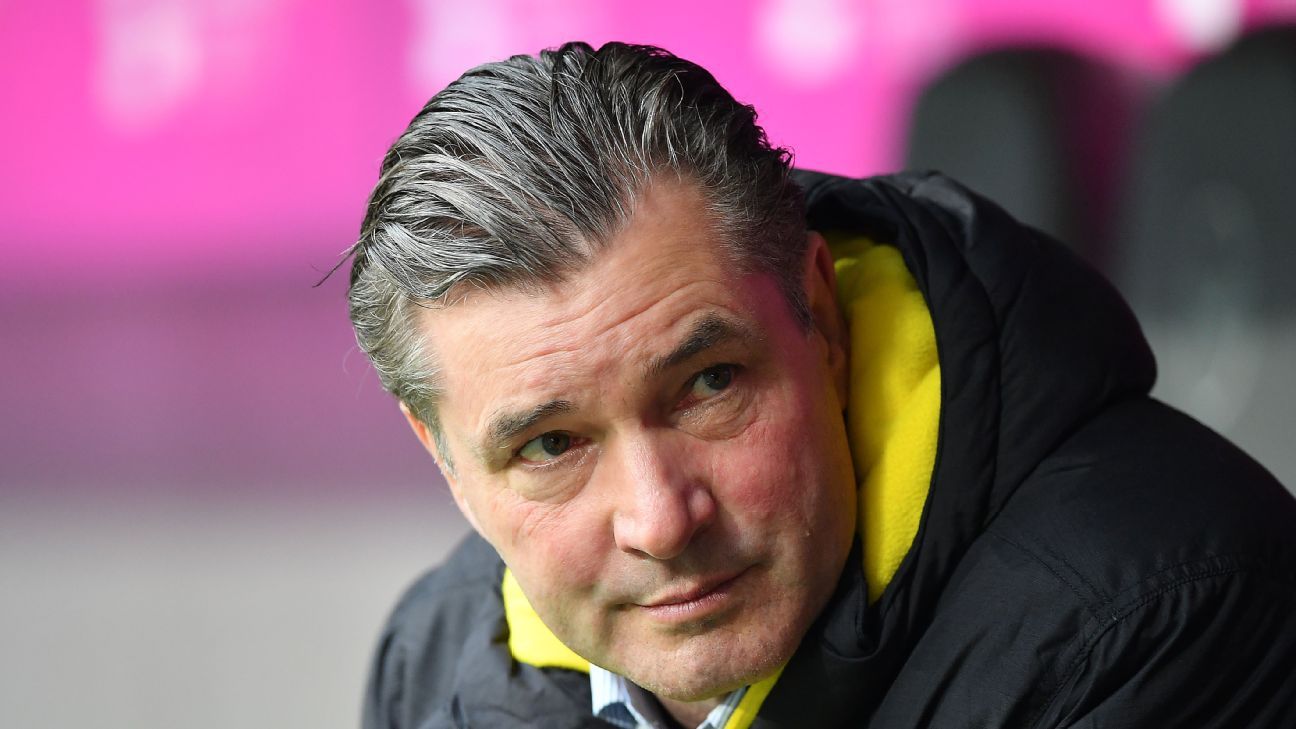 
Michael Zorc will leave his post as Borussia Dortmund’s sporting director once his contract expires in 2021, according to kicker, with the struggling Bundesliga club undergoing structural changes as they hope to prepare for a better future.

CEO Hans-Joachim Watzke announced structural changes at the club, which has had the same leadership since early 2005, ahead of the 6-0 humiliation at Bayern Munich on Saturday — their worst league defeat in 27 years.

Former captain Sebastian Kehl, 38, is set to join as a new team manager as Dortmund want to build a bridge between the training grounds on Adi-Preissler-Allee and the club offices near the Westfalenstadion, and Matthias Sammer has also confirmed he will work as an “external advisor” for the club.

On Monday, kicker reported those measures are only the beginning of a restructuring process that will see Zorc, who renewed his contract last week, leave his post after 23 years in that position.

Watzke, under contract until 2022, is also prepared to make way for a new club chief when his deal expires and he could replace Reinhard Rauball as the president.

Meanwhile, it looks increasingly likely that coach Peter Stoger will leave Dortmund at the end of the season. The 51-year-old Austrian, appointed in December to stabilise the club, only lost his first Bundesliga match with the club on Saturday but has been criticised for his style of football.

Stoger admitted the defeat at Bayern did not increase his chances of getting a new contract, and on Monday, Bild reported that the decision to go into the new season without Stoger has been made by the club’s hierarchy.