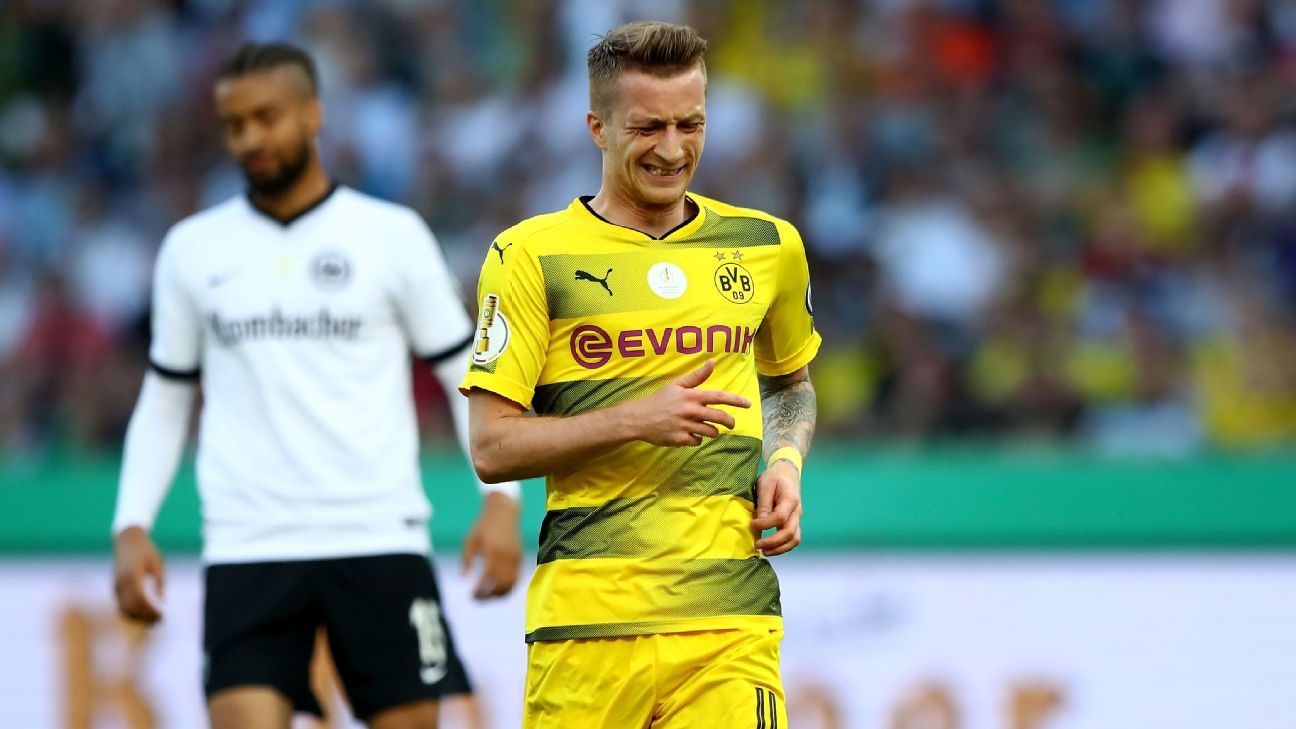 
Marco Reus has told GQ he “would give all [his] money away” to be free of injuries, while he remains open to a move away from Bundesliga league leaders Borussia Dortmund.

Reus, 28, has suffered with a succession of injuries in recent years and is currently recovering from knee surgery after sustaining a partial tear of the anterior cruciate ligament during the DFB Pokal final in May.

Reus said that he cried during the half-time break in the cup final victory over Eintracht Frankfurt in May, before adding: “The tears came again two or three days later when I went through it again in my mind.”

The Germany international, who hopes to return to his best form when the Bundesliga resumes after the winter break early next year, has missed every major international tournament since Euro 2012 through injury.

“I would give all my money away to be fit to be able to do my job, to do what I love — playing football,” he said.

The cup final success in Berlin brought Dortmund their first silverware since 2013 — and the first of Reus’ career.

Recalling his injury, Reus said: “It was heaven and hell at the same time. It was my first title and of course I wanted to celebrate it differently than with a cruciate ligament injury.”

He added: “However, I think that is only human and it’s important to let your feelings out.”

Reus is under contract at BVB until 2019 but remains open to ending his career elsewhere.

“Of course, there are four or five international clubs who interest me,” he said. “On May 31 next year I will turn 30. That would be my last big contract and a final opportunity to try something different.

“I have to be honest and fair by saying that I still don’t know where I’ll end up. At the moment, I’m very happy in Dortmund and not thinking about the time after 2019. But of course, the time will come and then I will sit down and calmly make a decision.”