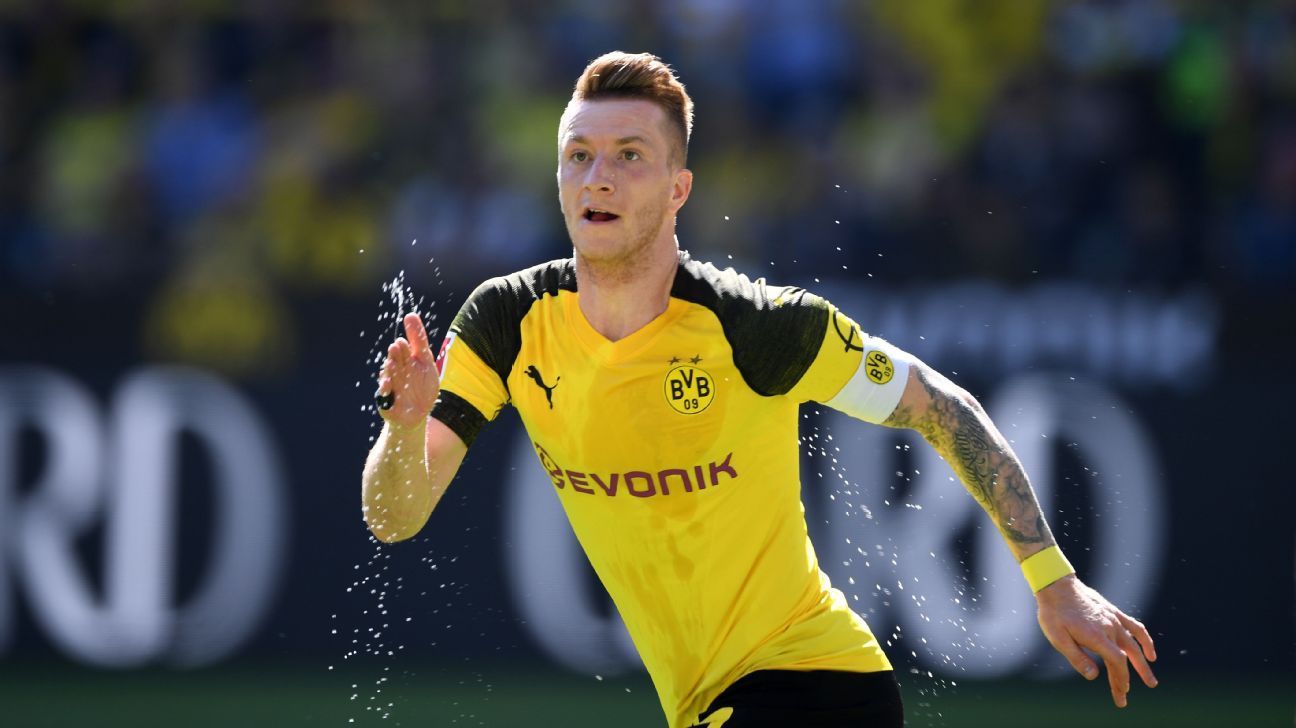 
DORTMUND, Germany — Borussia Dortmund manager Lucien Favre has urged Marco Reus to act as a role model for the younger players at the club.

“I know Marco Reus very well,” Favre told reporters at the prematch news conference ahead of Monday’s cup match away to 2. Bundesliga side. “He’s a player with a lot of intelligence. He can make the difference. He understands the game very well, he anticipates very well. Now he’s an experienced player and has to be a role model.”

The 60-year-old worked with Reus at Gladbach in 2010-11 before the Germany international made the move to Dortmund. And, for the new campaign, Favre named him as the new team captain, succeeding Marcel Schmelzer.

After six weeks of preseason that entailed a trip to the United States and a training camp in Switzerland, Dortmund kick-off their 2018-19 at the Stadion am Laubenweg in Furth.

“The preseason went well, we managed to train twice a day most days and I think we’re ready,” Favre said. “We have a lot of players [in our squad] but one mustn’t forget that a lot of players arrived late from the World Cup.”

However, the Black and Yellows are yet to find a replacement for Pierre-Aubameyang (sold to Arsenal) and Michy Batshuayi (returned on loan to Chelsea) with 18-year-old Alexander Isak the only main striker in the team. Though Favre suggested they might still move in the transfer window this month.

“We still have some time [to sign a striker] but we will see,” he said. “I’ve got to adapt to whatever the squad will be.”

Yet despite the lack of competition, Isak failed to play himself into the spotlight during the preseason. The young Swede, who joined BVB from AIK in the winter of 2017 for €8m, is yet to make a breakthrough under any of the four coaches at the club since then.

“Sometimes it’s easy to forget how young [Isak] is,” Favre added. “His talent is evident but it’s not easy at his age. You go through ups and downs but it’ll come with time.”

Meanwhile, it remains to be seen whether Dortmund’s latest addition Axel Witsel will be ready to start on Monday after joining from Chinese Club Tianjin Quanjian less than a fortnight ago.

“We’ll see if he can start on Monday as he didn’t play much during friendlies but there are still two days,” Favre said, while warning that the club’s opponent has already gained match rhythm after playing two rounds in the championship.

“Greuther Furth has already played two games. They started their games with a back-four and switched to a back-five after 25 minutes, showing that they are tactically flexible. They are very physical and are a threat at set-pieces and on the counter.”