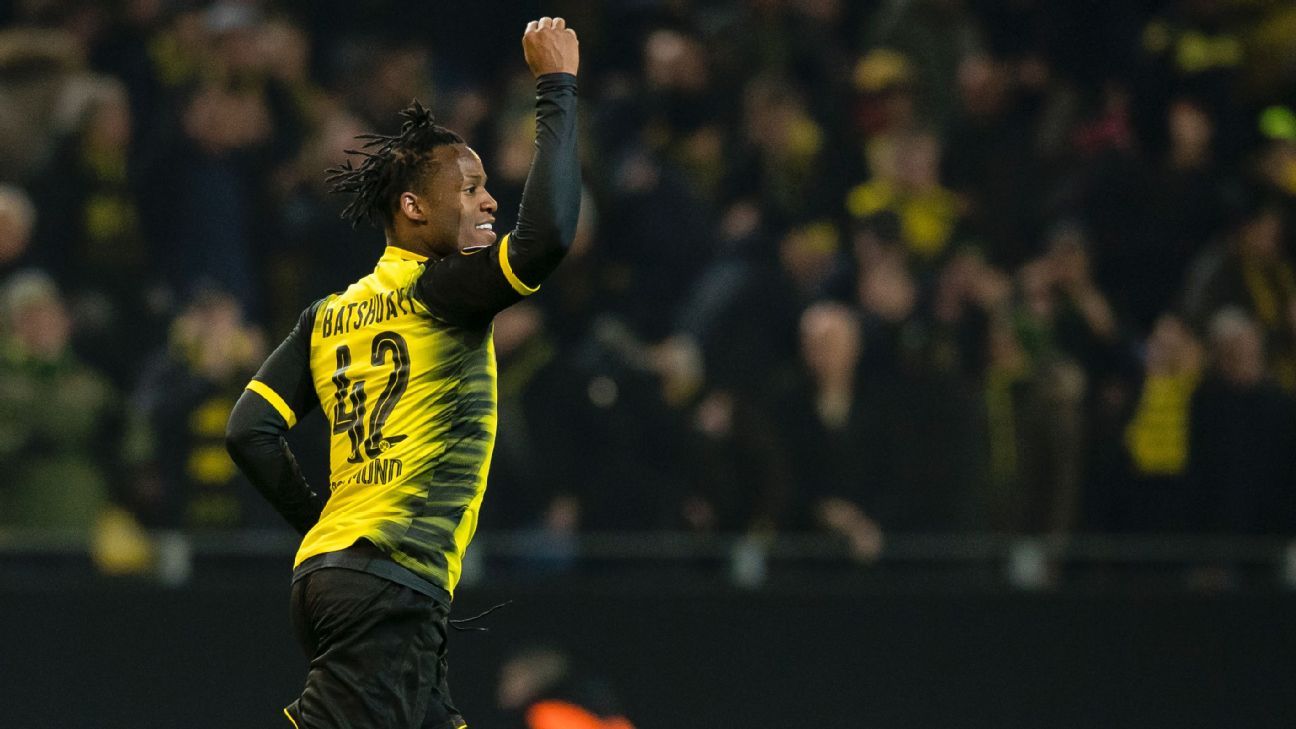 
Lukasz Piszczek has praised on-loan Michy Batshuayi for his focus and attitude since arriving at Borussia Dortmund.

Batshuayi, 24, joined Dortmund on loan from Chelsea on the last day of the January transfer window and has scored five goals in four matches.

However, BVB have no option to make the move permanent meaning that, as things stand, the striker will return to Stamford Bridge in the summer.

And speaking ahead of the return fixture on Thursday, right-back Piszczek said: “You can see how much quality he has — not only footballing quality, but also the way he focuses.

“It’s a new environment for him, but he’s shown he does not care [about that]. He wants to do his job and is good for us.

“I think that he’s a bit crazy. I only say Batman and other things. But all is good.

“He knows what he has to do on the pitch, not only score goals but also defend well. He makes it difficult for the opponent’s defensive lines to just pass the ball into midfield.”

Dortmund head coach Peter Stoger will be without Japan international Shinji Kagawa, who sustained an injury in the first leg last week, in Italy.

Stoger told reporters that Kagawa had an ankle ligament problem and would miss at least another 14 days.

Ukraine winger Andrej Yarmolenko also remains sidelined with a tendon injury, but there is hope that captain Marcel Schmelzer will return to the squad after suffering a muscle tear in January.