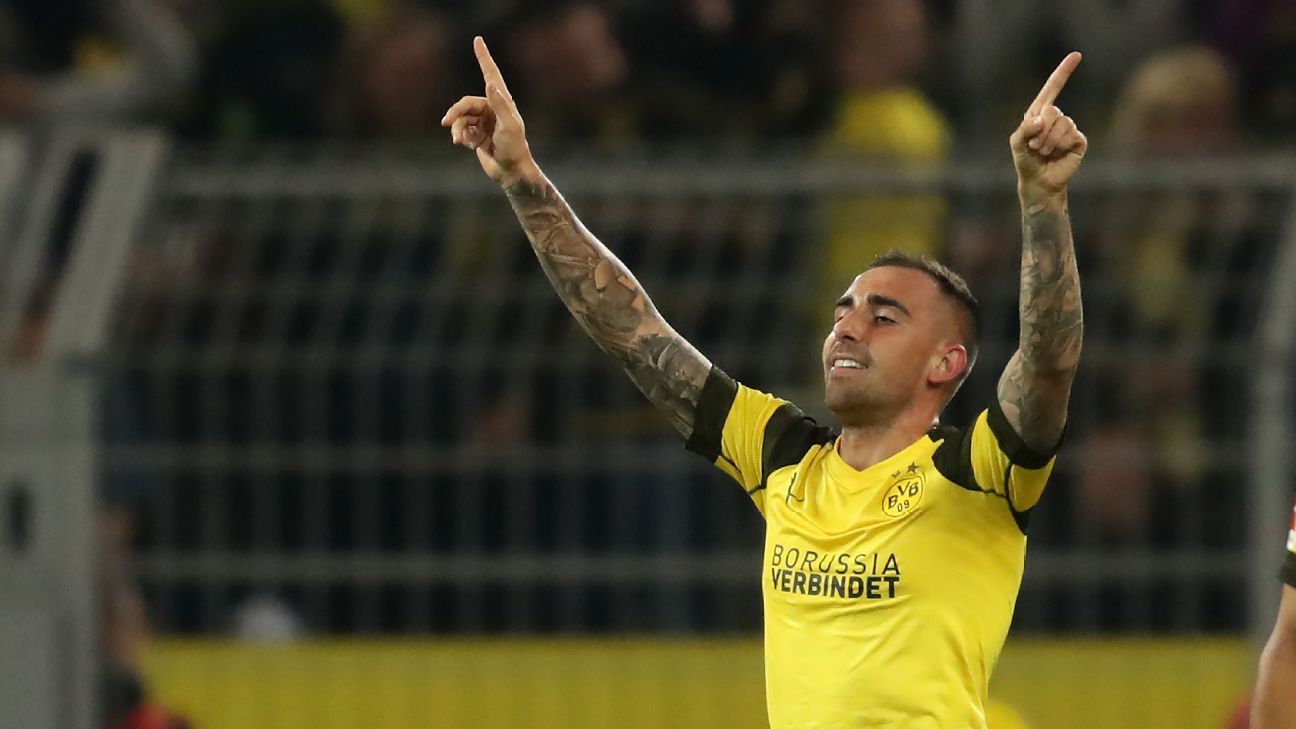 Defender Abdou Diallo put the hosts ahead with his first Bundesliga goal when he netted on the rebound after his header was initially saved in the 36th minute. Frenchman Sebastien Haller snatched a deserved equaliser in the 68th minute, pouncing on a failed clearance by Marcel Schmelzer to volley in.

But former Eintracht player Marius Wolf struck back four minutes later after superb work from teenager Sancho who shook off two players and floated a pin-point cross to his teammate at the far post.

Alcacer, making his Bundesliga debut after joining from Barcelona this season, also got onto the scoresheet with an 88th-minute goal to seal Eintracht’s second consecutive loss.

Zorc told reporters after the game: “Jadon Sancho hit the ground running after coming on.

“We know that his strength is to take on opponents one-on-one. If he assists a goal, that’s always good. Axel Witsel gained control of the game right after coming on as well,” Zorc said. “And of course, I’m happy for Paco [Alcacer] for scoring his first goal in his first game with a great left-footed strike. You can see that he understands football well and that he links up well with the team. You saw that also in how he instigated our second goal [by teeing up Sancho].”

Favre was on the same page with his sporting director, telling his postgame news conference: “The substitutes made the difference in the end. Jadon Sancho, Axel Witsel and Paco Alcacer added new impulses. The 2-1 was a well-crafted goal and after retaking the lead, the team was playing very well.”

“Paco is here for 10 days. He played in a friendly for only 65 minutes during the international break because he hasn’t played a lot of games in the past two years,” Favre said. “He’s lacking match rhythm. Sadly, he felt a pain in his muscles after the game. Though we aren’t sure yet what it is.”

While Sancho and Alcacer were singled out for their good performances, Mario Gotze sat on the bench for 90 minutes for the third consecutive league match. The omission of the 26-year-old remains a hot topic in Dortmund. Favre explained after the match that there was no space for the midfielder in his system.

“It’s down to our system, also down to the system of the opponent but mostly down to the way we set up,” said Favre.

Gotze, however, may not be sidelined too long as BVB’s match on Friday marked the first of seven games within the period of 22 days.