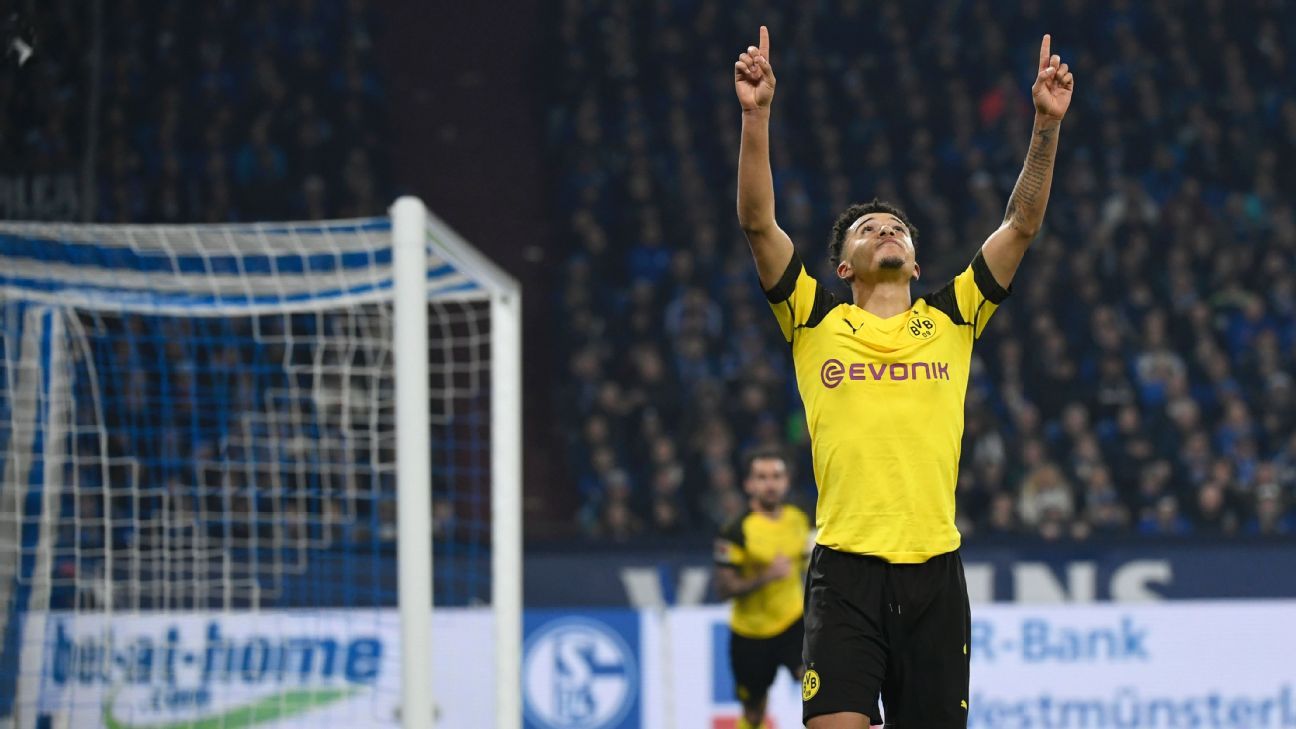 
Jadon Sancho dedicated his winning goal to his late grandmother as Borussia Dortmund won 2-1 at Ruhr rivals Schalke on Saturday.

Dortmund took an early lead through Thomas Delaney’s header, but Daniel Caligiuri equalised from the spot before Sancho struck in the 74th minute.

“The goal means everything to my family. Sadly, my grandmother passed away, so that goal was for her,” Sancho, 18, told FOX Sports.

“I’m glad that I got the goal and helped the team to get three points.”

Coach Lucien Favre praised Sancho’s character. “Jadon had a difficult week,” Favre said. “He trained at the beginning of the week but then flew to London and came back on Friday.

“He absolutely wanted to train and play the game by all means. He scored a superb goal.”

Favre’s comments were echoed by captain Marco Reus, who told reporters: “Huge respect for Jadon. He has a great mentality. To train this week as he did, to keep his smile, and to remain focused on the match like he did warrants a big compliment.

“Jadon and Raphael [Guerreiro] combined outstandingly for the winning goal. I’m especially happy for Jadon that he rewarded himself.”

Dortmund, who have a nine-point lead over Bayern Munich, extended their advantage over Schalke to 22 points despite not being at their best at the Veltins Arena.

And Reus said a strong defence was key to their success, adding: “We knew that we wouldn’t be able to keep our high scoring output of the first quarter of the season up because opponents eventually would be able to decipher us better and set up more defensively.

“It’s simply incredible how good our defence is. It’s important for us to have that stability. That was once again extremely important, and this win will give us a big confidence boost.”

Dortmund will try to reclaim top spot in Champions League Group A from Atletico Madrid when they travel to Monaco on Tuesday. The Bundesliga leaders then host Werder Bremen on Saturday.