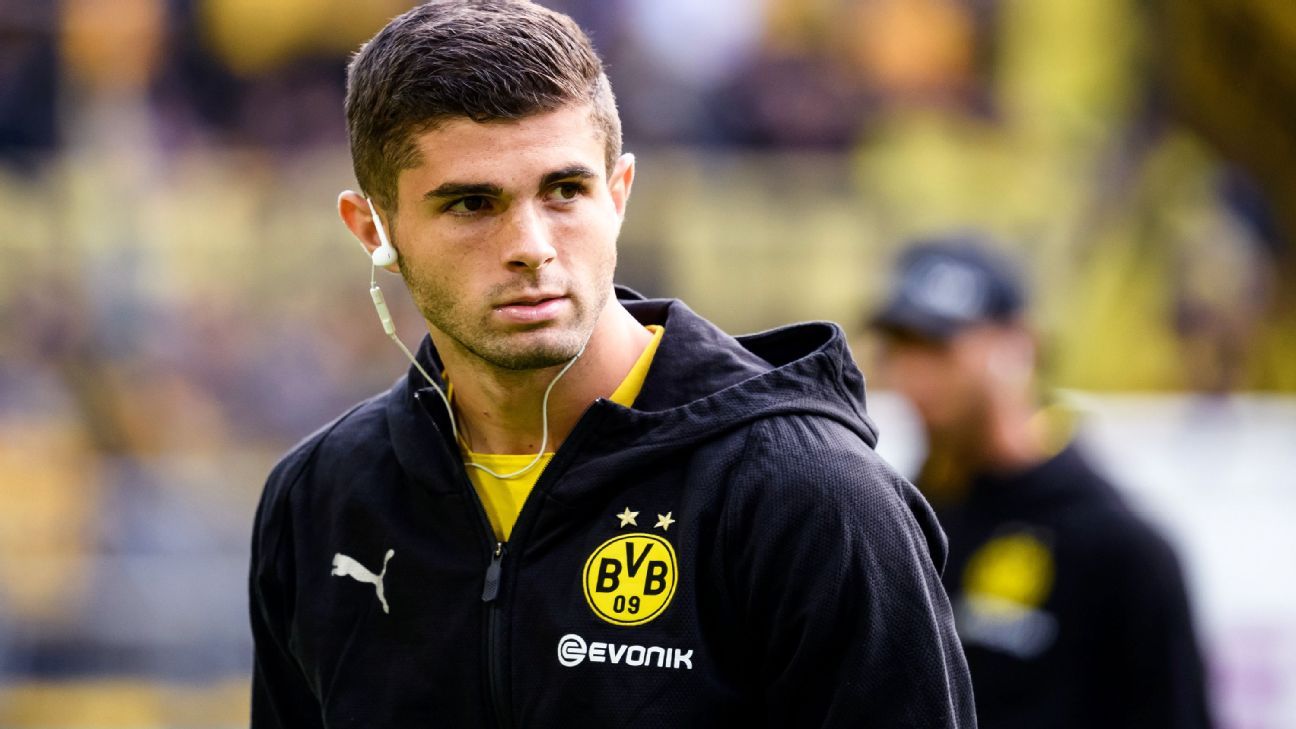 Pulisic, 19, missed Dortmund’s goalless draw in Hannover a fortnight ago and was absent for the U.S. during the international break due to muscular problems.

“Christian Pulisic is making improvements in his recovery, but Friday will probably come too soon for him,” Dortmund boss Lucien Favre told a news conference on Wednesday.

Goalkeeper Roman Burki, who was nursing muscular problems throughout the week, has been cleared to play, but centre-back Omer Toprak and midfielder Raphael Guerreiro have been ruled out indefinitely with muscular injuries.

“Paco likes to combine with his colleagues. He has a scoring threat and the intuition to position himself in dangerous areas. However, we have to integrate him step by step,” he said.

“We still have to find our best system and we have to learn which players work in which systems. That will be relevant when we begin to rotate.”

Favre has yet to find a place for Mario Gotze and Shinji Kagawa. Germany international Gotze has remained on the bench for all 180 minutes in the Bundesliga so far, while Japan midfielder Kagawa was omitted from Friday’s squad.

“Mario Gotze can play centrally. He can play in a 4-3-3 system, but that system requires a lot of physicality and athleticism,” Favre said. “Thus far, we have played with three true midfielders. Again, he can play in that position but it’s also the position we have the most players for.

“It’s the hardest thing for a coach to tell very good players that they won’t play. But you always have to be honest about it. We have too many players here, I can only call up 18. You have to talk a lot with the players that aren’t in the squad.”

Against Frankfurt, Dortmund are looking for a second win after starting their Bundesliga campaign with a 4-1 victory against RB Leipzig before the draw with Hannover.