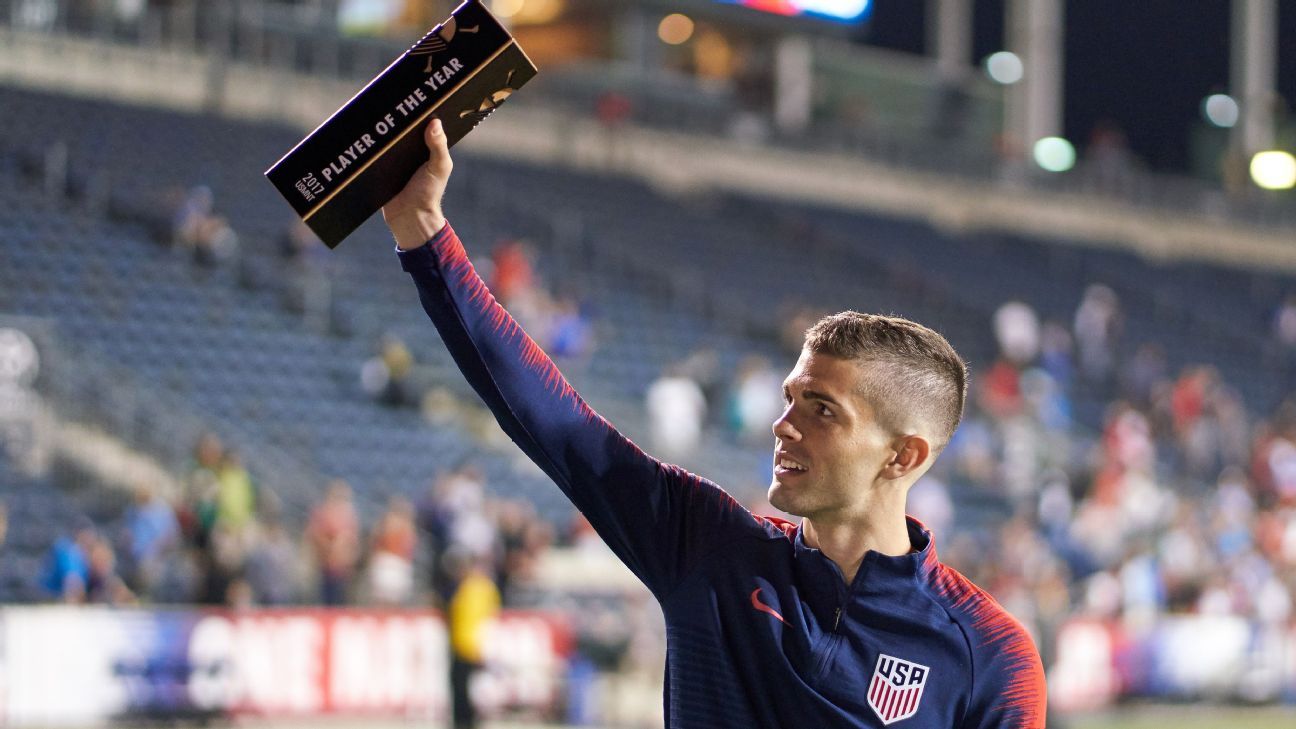 
Christian Pulisic has said that he is focused on his preseason ahead of Borussia Dortmund’s trip to the United States as transfer rumours continue to swirl around him.

“I’m very excited to go home, to play in the U.S. with Borussia Dortmund,” Pulisic told Ruhr Nachrichten on Tuesday. “It’s going to be a lot of fun. There’s a game every two days and I’m sure there is a lot of training but that’s normal. That’s how preseason goes. We’re ready.”

On Wednesday, Dortmund will start their second trip to the United States this summer after travelling to Los Angeles at the end of May for a friendly with Major League Soccer’s LAFC.

While the Hershey-born U.S. international was looking forward to all three matches, he was particularly circling the game against Benfica in his home state.

“I’m excited to play in Pittsburgh, in Pennsylvania. A lot of my family will be there, so I’m excited for them to see my club team since a lot of them don’t get to come [to Dortmund],” Pulisic said. “I think they are all going to be really good games. First, playing some Premier League competition and then Benfica will also be a good game. I’m excited for all of them. “

Pulisic joked that it will be his responsibility to show his teammates a good time during their stay in his home country.

He said: “I guess it’s on me to provide all the hot-spots in the U.S. — we’ll see how that goes. Of course, being American, I have those duties. I’m ready to do whatever I have to do when I’m there.”

Amid recurring links to Premier League sides Liverpool and Manchester United, Pulisic ensured supporters that his focus is with BVB at the moment.

“I don’t pay much attention to [the rumours],” Pulisic said. “Right now, I’m very focused on Borussia Dortmund and having a great preseason so that I can earn minutes on the field this season — that’s all I’m focused on right now.

“He is working a lot on our shape and on how we want to go about starting the season off,” Pulisic said about the 60-year-old, “I think we look really good so far and that we can still learn more. It’s a really good start.”

The winger also managed to enjoy following the World Cup despite his own team’s missed qualification for the tournament in Russia.

“Of course, I watched the World Cup. It was really entertaining,” Pulisic said. “It was fun to watch with a lot of good teams. It was an amazing final and I think France, in the end, deserved to win so it was a good tournament.”

Pulisic also revealed that he was surprised to see his personal idol LeBron James don his shirt on Instagram.

He said: “Honestly, I wasn’t expecting it. I sent him a jersey. It’s pretty cool to me. He’s one of my biggest sports idols. To see him wear my jersey is pretty unbelievable because I wear his jersey. It’s cool how that works.”