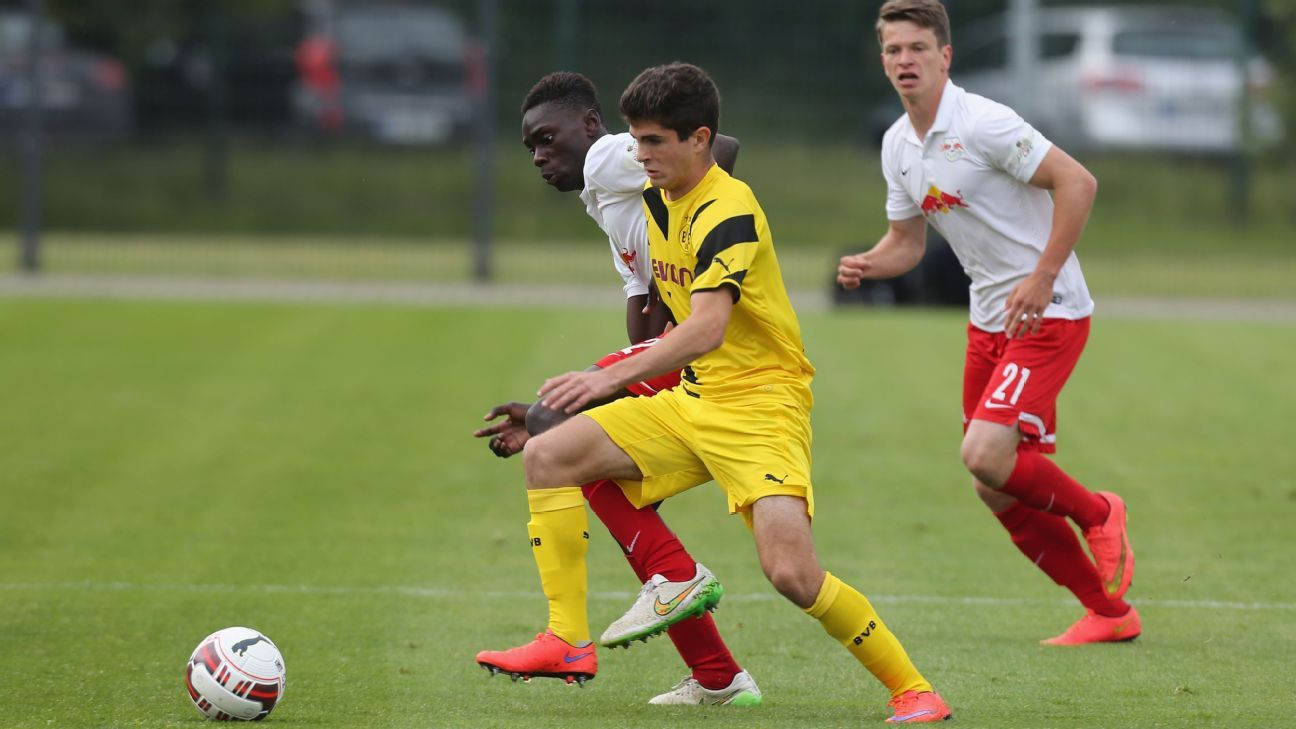 Since Dortmund won back-to-back titles in 2011 and 2012, Bayern Munich have acquired several of their key players, with Mario Gotze, Robert Lewandowski and Mats Hummels all making the switch.

But 18-year-old Christian Pulisic, who is under contract at Dortmund until 2020, has now said he would not leave BVB for Bayern.

“No, that I could not do,” the Pennsylvania native said when asked about a possible move to Bayern. “I can’t say that, but nah.”

The U.S. star also said that, at least for now, he is happy to continue his career in the Bundesliga despite growing up as a fan of the Premier League and Manchester United.

“Nah, I mean when I was little I wanted to play in the Premier League but now that I’m in the Bundesliga I’m not planning on a move because that’s what I want to do,” Pulisic said. “I’m really happy there and I’m just kind of going with the flow and I’m happy with it.”