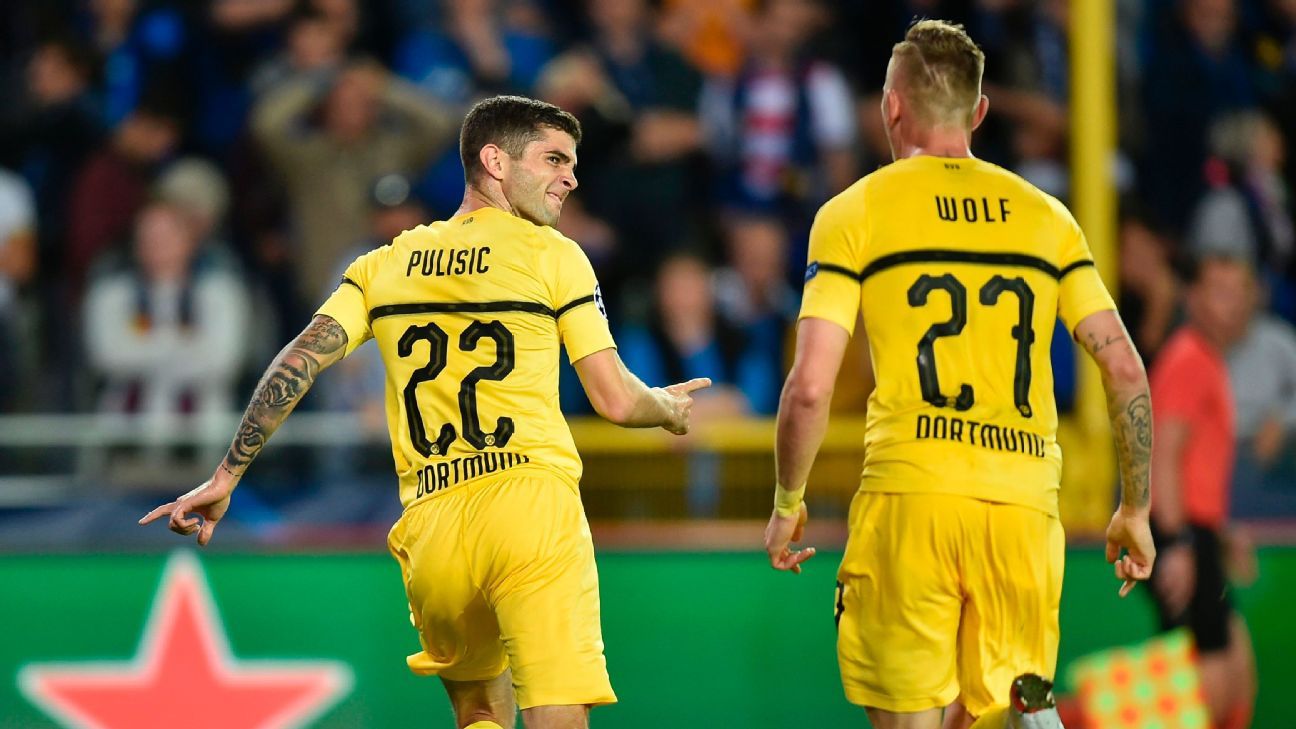 
Borussia Dortmund midfielder Christian Pulisic said that a bit a of luck was involved in scoring a late winner on his birthday against Club Brugge in a 1-0 Champions League victory on Tuesday night.

Pulisic, who replaced Champions League debutant Jadon Sancho in the 69th minute to make his 100th appearance for Dortmund, stuck his leg out to deflect the ball over goalkeeper Karlo Letica and into the net.

“It was great to come back after a small injury and being with the team again,” Pulisic, who turned 20 years old on Tuesday, told Sky. “Obviously, it’s great to get a goal although it may have been a bit lucky but I’ll take it on my birthday so I’m very excited.

“I just saw the ball the being played through. It looked like Marco [Reus] wanted to get a touch to it and then the defender just tried to clear it and I was just in the right spot at the right time to get my leg in and it went perfectly into the goal. Like I said, I’ll take it. I think we deserved a goal on the day.”

Asked if there was going to be cake waiting for him after the match, Pulisic replied: “We’ll see, I hope so. Some cake would be nice. I’m just going to enjoy the rest of the night with my team.”

Meanwhile, teammate Marco Reus was not in the mood to sugarcoat the fortunate three points.

The team captain told Sky: “We were absolutely terrible going forward, we did not create any scoring chances whatsoever. We did not position well in the dangerous areas against five defenders. Our movement was not good either.

“Brugge had a couple of good chances in the first half where we were fortunate not to concede. We’ll gladly take the dirty win because it is important to start the Champions League on a high note.”

Dortmund coach Lucien Favre agreed with Reus’ assessment of the performance, saying after the game: “It was a tough one. It was no coincidence that the game would be hard for us because Brugge are on top of the Belgian league, which is a difficult championship. They ran a lot and were very athletic. They utilised their wings well and played with a lot of pace. They got tired about 60 minutes into the game and we could profit from that.

“We didn’t have enough movement up front to find solutions [on the ball], which is why we didn’t create any chances. The goal might have been lucky in the end, but the through ball from Mo Dahoud was terrific. Reus made a good run into space, provoking the defender to make the clearance that ultimately led to [Pulisic’s] goal.

“It’s great that we’ve won but we mustn’t have too high expectations. We have a lot of young players who are 18, 19 years old and also a lot of new players in midfield. It will take time. We’re OK, we’re solid, we can always score a goal, but we have a lot of room for improvement.”

Dortmund will face TSG Hoffenheim, FC Nuremberg and Bayer Leverkusen in the Bundesliga within eight days before trying to extend their good start to their Champions League campaign as they host AS Monaco, who lost their opener to Atletico Madrid in the parallel fixture, on Oct. 3.