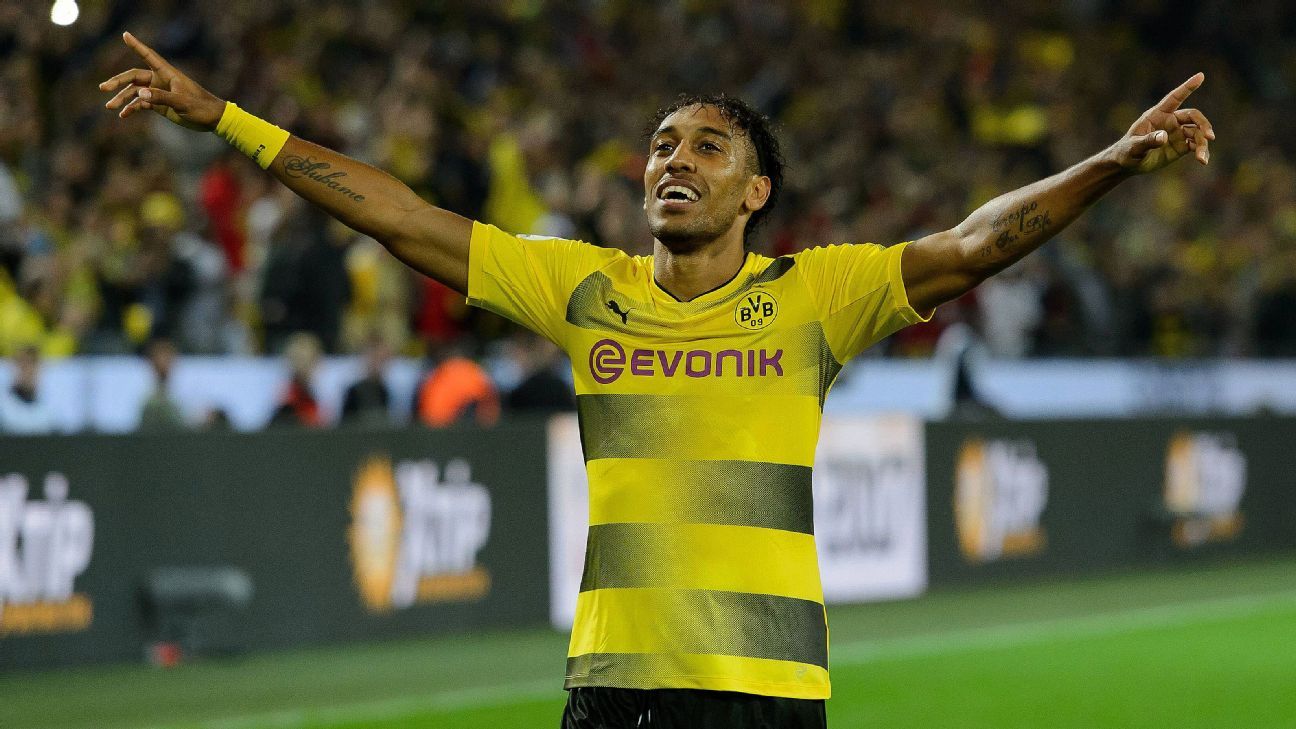 
On Tuesday, Borussia Dortmund made their way to England’s capital for the sixth time since 2011 for Wednesday’s Champions League group match against Tottenham Hotspur.

Before stepping onto London Stansted-bound flight EW 1909, BVB CEO Hans-Joachim Watzke gave reporters his two cents about the looming tie with the London outfit. “The matches against Tottenham will be deciding in this group [for us],” he said, adding: “I’m lacking the imagination that Real Madrid will finish third.”

Indeed, there is little to argue with Watzke’s assessment. Group H, consisting of Real Madrid, Dortmund, Tottenham and APOEL, should be an enticing one from the get-go, with at least one big name certain to be relegated to the Europa League knockout rounds.

For observers that’ll mean fun, for Dortmund and Tottenham, however, the pressure will be palpable from the off, as neither want to be chasing from behind for the remainder of the group phase.

Despite selling Ousmane Dembele to Barcelona and admitting to the drop off in quality on the field, the Westphalians did not revoke their goal to make the round of 16 in the Champions League — even after learning of the tough draw. Ultimately, their decision to sell top-drawer talent will be measured by how they fare in Europe’s most illustrious footballing competition.

Though head coach Peter Bosz will waste little thought on Dembele’s absence after Saturday’s frustrating 0-0 draw in Freiburg which yielded in frustration for the Black and Yellows for multiple reasons.

The 53-year-old was forced to take off both left-back Marcel Schmelzer, who had just returned from injury in Freiburg, and centre-back Marc Bartra before the 30-minute mark. Both will be unavailable for Wednesday’s clash, with Schmelzer being sidelined for another six weeks due to a ligament tear in his ankle.

Thus far 18-year-old centre-back Dax-Axel Zagadou, who joined Dortmund from Paris Saint Germain’s youth outlet this summer, has done admirably well to fill in for the 29-year-old Schmelzer on the left side. The Champions League, however, could be one level too high for the youngster, whose towering 6’5″ figure may prevent him from keeping up with Tottenham’s pacy wingers. In the meantime, 23-year-old full-back Jeremy Toljan, who was brought in from Hoffenheim late in the transfer window, is likely to make his debut for the Black and Yellows Wednesday with very little team practice under his belt.

Although Bosz was vexed that his side did not find a way to beat Freiburg while having a man advantage for over 60 minutes after an early red card, the hour in which Christian Streich’s 10-man defence curled up around their own penalty area will most likely not be replicated by Tottenham.

It was the minutes before the sending off, that could be a cause for concern when looking ahead to Wednesday. Freiburg managed to play around Dortmund’s pressing lines and keep a hold of the ball in midfield long enough for their attackers to make dangerous runs.

The Black and Yellows kept their clean sheet due to a Roman Burki save and a Schmelzer interception but even though Dortmund are yet to concede a goal in the league, they have shown moments of vulnerability. Freiburg could not pounce but Tottenham might — especially with Harry Kane gleefully ripping the August-page out of his calendar and scoring a brace against Everton.

That being said, Spurs have to deal with a number of absentees themselves. Playmaker Dele Alli is suspended for the first three rounds of matches after getting sent off in the UEFA Europa League last season. While holding midfielder Victor Wanyama, left-back Danny Rose and left winger Georges-Kevin N’Koudou are injured.

Mauricio Pochettino sang a similar tune to Watzke’s at his news conference on Tuesday, describing the tie against Dortmund “like a final.” The 45-year-old knows full well after last season’s disappointing Champions League campaign that his team needs to grab three points on Wednesday night and proclaimed the mentality is to “try to win and be aggressive from the first ball.”

With Dortmund having upped their aggression going forward even more under Bosz this season, Wembley stadium has a good chance of seeing a wild frenzy with plenty of action on both ends.

The only question is: Can Dortmund profit from Tottenham’s Wembley-curse that seems to persist from the last campaign or do the German side still have a Champions League trophy-sized chip on their shoulder after losing the UCL final 2-1 to Bayern at that very ground in 2013?