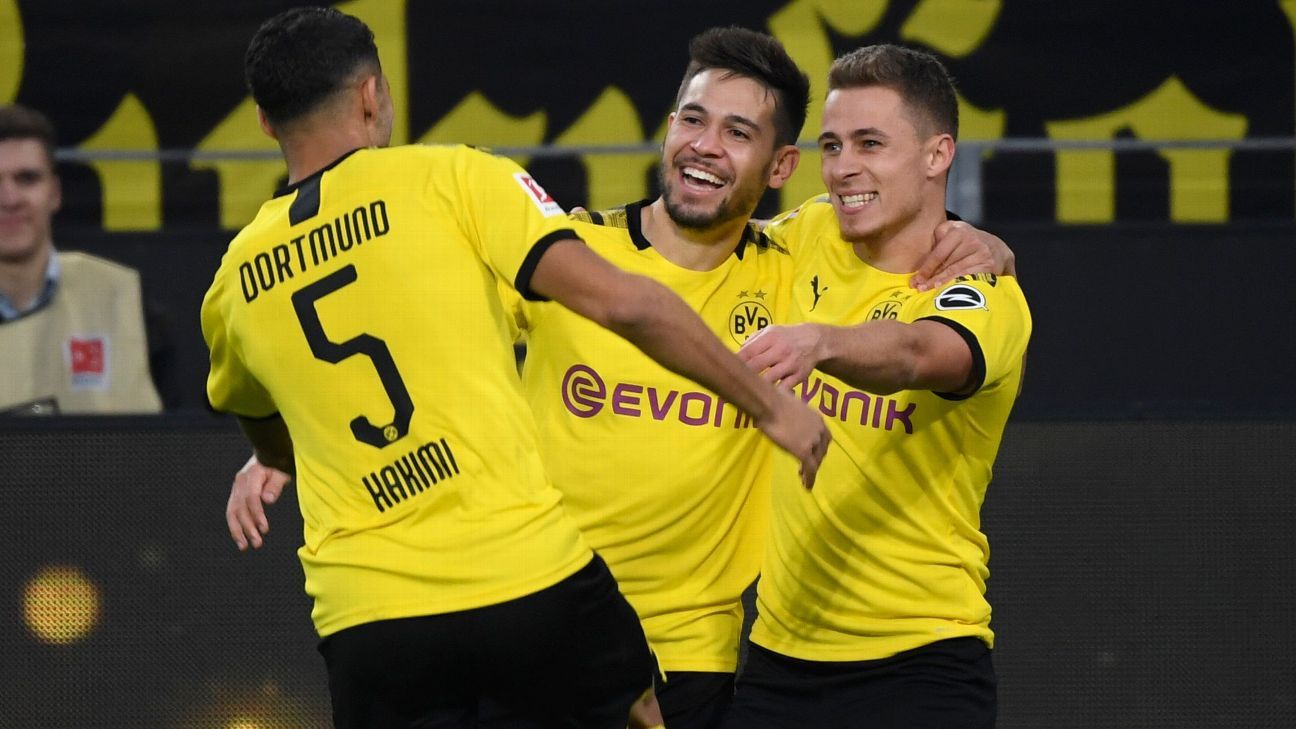 
Borussia Dortmund’s Thorgan Hazard scored one goal and helped to set up another as his team beat VfL Wolfsburg 3-0 on Saturday to snap their unbeaten league run and move into second place, three points behind leaders Borussia Moenchengladbach.

Belgium international Hazard scored on the break in the 52nd minute and then set up Raphael Guerreiro for their second goal six minutes later.

Dortmund, who had to take off captain Marco Reus with a foot injury in the first half, looked livelier than in past weeks and made sure of their second win in the last six league games when Mario Gotze scored with an 88th-minute penalty.

It was the perfect birthday present for coach Lucien Favre, who had been under mounting pressure in recent weeks.

There was also more good news with top Dortmund striker Paco Alcacer in the squad after a five-week injury break and making a late substitute appearance.

Dortmund move up to 19 points, three behind Gladbach, winners 2-1 at Bayer Leverkusen, and boosted their confidence ahead of next week’s big game against champions Bayern Munich.

Bayern suffered a shock 5-1 loss at Eintracht Frankfurt to drop to fourth on 18, behind RB Leipzig on goal difference. Wolfsburg dropped to seventh on 17.