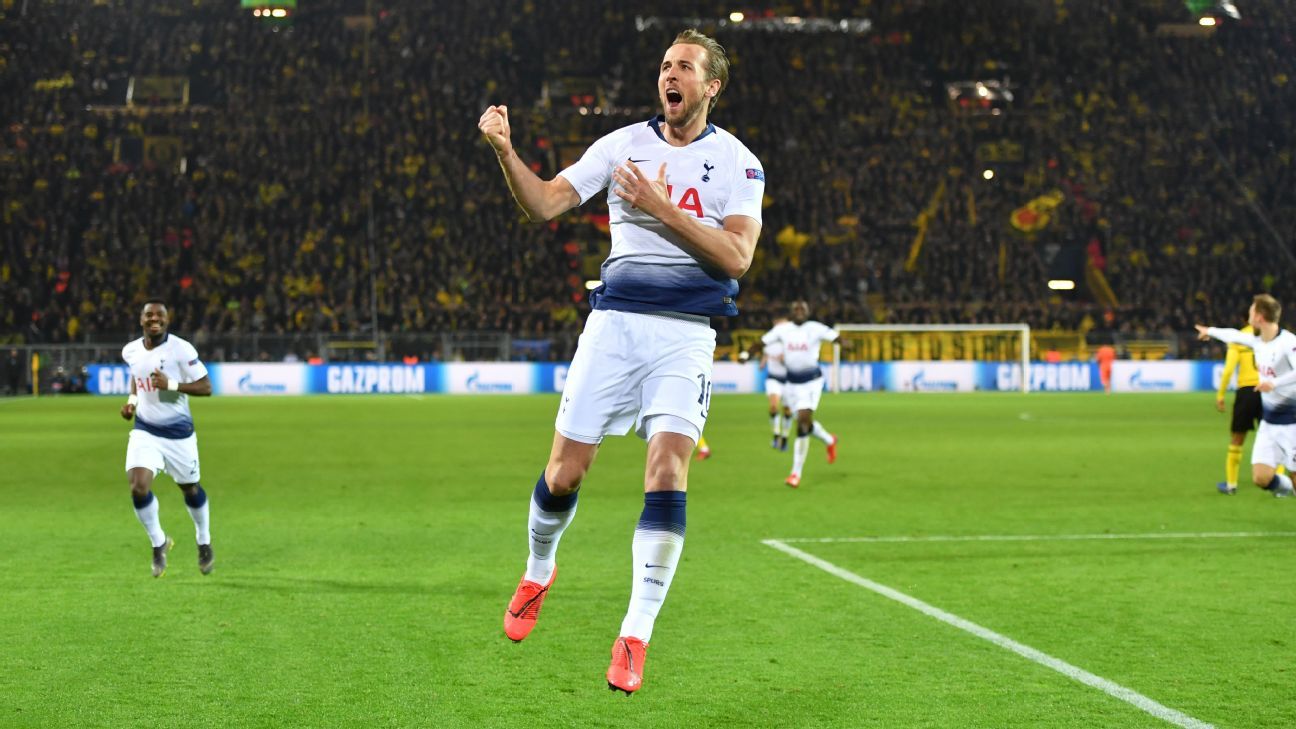 
Tottenham Hotspur weathered a first-half storm from Borussia Dortmund to win 1-0 at the Westfalenstadion and book their place in the quarterfinals of the Champions League, going through 4-0 on aggregate.

Harry Kane scored three minutes after half-time to take the wind out of the home side’s sails after they had laid siege to the Spurs goal.

Dortmund were very much in the ascendancy in the opening exchanges, Tottenham happy to sit back and soak up the pressure with their commanding first-leg lead.

But they were finding it tough to breach the Spurs defence before Marco Reus saw his deflected effort kept out by Hugo Lloris in the 21st minute. Mario Gotze then saw his effort from the edge of the box blocked by Christian Eriksen.

– Tottenham Player Ratings: Defence steps up to lead Spurs to win in Dortmund

Spurs got their first chance on the half-hour when Son Heung-Min was sent through on goal, but the South Korean could not sort his feet out quickly enough and his effort was scuffed to the left of goal. There was a question over whether Marius Wolf had pushed the forward as he prepared to shoot, but the video assistant referee (VAR) didn’t order a review.

Moments later Dortmund had a fine chance to break the deadlock through Julian Weigl, with Lloris first keeping out the defender’s header before Ben Davies brilliantly blocked the follow up.

Gotze then saw his effort kept out by Lloris at full stretch as the home side piled on the pressure, before the goalkeeper blocked a shot from Jadon Sancho.

But Spurs managed to take stock as the first half drew to a close and kept their three-goal aggregate lead intact.

The aggregate lead became four just three minutes after the break as Kane kept his cool to fire past Roman Burki. Moussa Sissoko played the England captain in, who was played onside and made no mistake from the edge of the area.

Kane then almost added a second straight afterwards but his attempt to catch Burki off his line from distance sailed well wide.

The goal knocked the stuffing out of Dortmund, and Spurs were able to see out the remainder of the game in relative comfort.

Lloris kept out an effort from Paco Alcacer with his feet in the final moments, before Erik Lamela headed wide from close range.