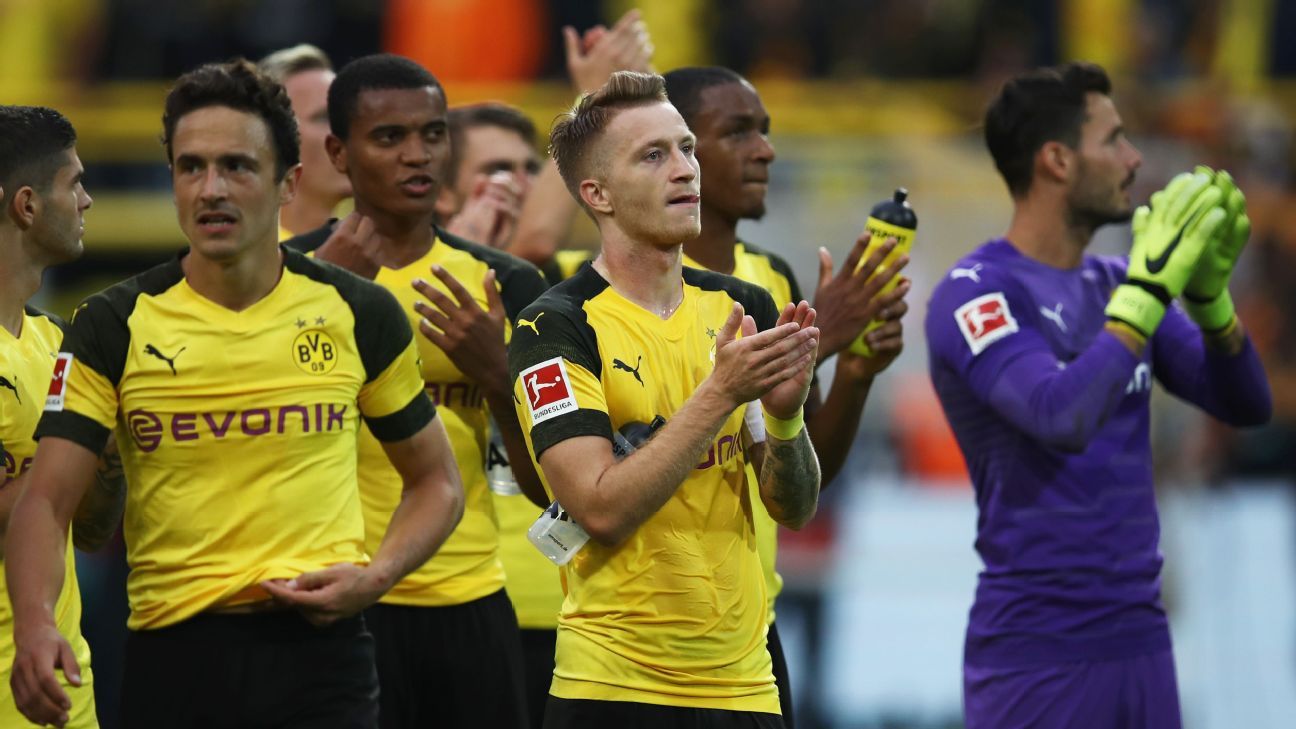 Borussia Dortmund eased past RB Leipzig 4-1 on Sunday after coming from a goal down, to make a winning Bundesliga start under new coach Lucien Favre and confirm their status as preseason title contenders.

Following a nervous beginning during which Jean-Kevin Augustin scored for Leipzig after only 31 seconds, Dortmund got down to business, grabbing three goals in 22 minutes.

Mahmoud Dahoud’s acrobatic header in the 21st minute pulled them level and Marcel Sabitzer’s own goal after heading in a Marco Reus free kick in the 41st put them ahead as Dortmund found the rhythm and Leipzig struggled to keep up with the pace.

New signing Axel Witsel, who had also scored in the German Cup win last week, netted their third with a bicycle kick two minutes later and captain Reus completed a quick break for his 100th Bundesliga goal in second half stoppage time.

“Leipzig were better than us at the start and we were not defending well,” Favre told reporters. “But we showed a really good reaction. I don’t want to say that we were lucky but it went well for us.”

Dortmund, who will compete in the Champions League group stage, needed to do little in the second half other than keep the visitors out of the box.

Leipzig were far too sloppy in their attacks and forward Timo Werner was denied by keeper Roman Buerki late in the game before Reus completed Dortmund’s winning start with a fine finish.